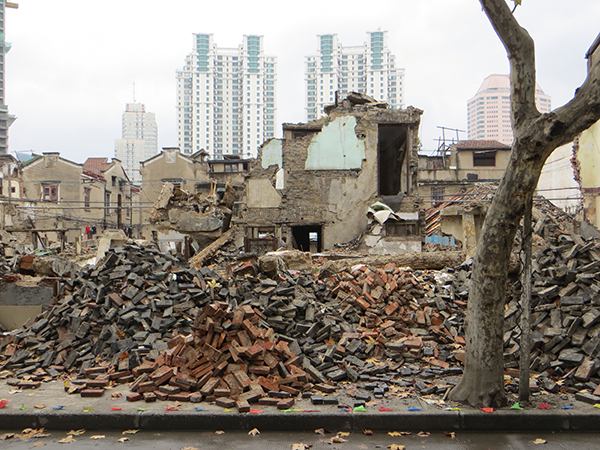 The acceleration in the mining of mineral resources over the last decades has been staggering. Between 1984 and 2011, the world production of mineral raw materials (iron, ferro-alloy and non-ferrous metals, industrial minerals and mineral fuels) has risen from 9.4 billion to 16.6 billion metric tons, representing an aggregate growth rate of 77 percent. In 2008, total global resource extraction — metal ores, fossil fuels, industrial and construction minerals, and bio mass combined — amounted to 68 billion tons. It is important to understand the parallel trend of increasing global urbanization as not merely mirroring this development, but as a key driving force behind global resource extraction and consumption. Indeed, the most pronounced increase in resource extraction concerns the area of construction minerals. While this is the least well-documented area of resource exploitation, and data is sometimes patchy and varied, calculations indicate a growth of up to 135 percent over the last thirty years.

The manner in which the indispensable growth paradigm of the capitalist economic system is kept afloat by a relentless process of urbanization is epitomized not least by the rapid transformation of Chinese society and the country’s built environment — not only in the prosperous cities of eastern China, but also in its inland provinces. In twenty years, the degree of urbanization has almost doubled from around 26 percent to more than 51 percent. This figure is still significantly below that of other industrialized countries, but the pace of growth and an insatiable demand for steel, cement, and other construction minerals are making China’s urbanization a unique challenge for local and trans-local ecologies. Today, the number of urban residents in China stands at 679 million people — nearly a fifth of the world’s urban population — and it is expected to hit the one billion mark by 2030.

There is nothing to indicate that this trend will slow down any time soon. Nor are there any plans to introduce changes to the economic circuits of production connected to urbanization. On the contrary, this pattern is predicted to continue: it is estimated that a further 400 million farmers will leave their villages and settle permanently in urban areas offering non-agricultural jobs. As a result, it is expected that the number of Chinese cities with more than one million inhabitants — currently around one hundred — will more than double over the next ten years alone. This urban explosion will require the construction of hundreds of thousands of high-rise apartments to house new arrivals as well as a vast infrastructural building program. Again, the workings of this economic model are expressed in a growing demand for mineral resources. Chinese per capita demand for cement is now the highest in the world, amounting to almost 60 percent of total global cement consumption.

While the stress this acceleration of urbanization puts on global ecologies in terms of resource demands is apparent in the consumption of resources during the construction of cities as well as in their reliance on a continuous supply of further resources to provide for their populations, cities also tend to obscure a significant aspect of their environmental impact because they are commonly perceived as stable structures. In contrast to other fields of economic activity in which consumed resources are released quickly into the environment — with the result that their contaminating effect has only slowly come to be recognized — cities hold back the outcomes of their resource implementation. Taking a much more long-term perspective on the life cycle of resources, one of the key questions we have to ask is how all these shiny new cityscapes, which are currently springing up in China and around the world, can be recycled one day. Already we are seeing the excesses of speculative urbanism, which leaves behind acres of crumbling, uninhabited concrete monuments. Indeed, it seems that the urban boom not only consumes vast amounts of land and resources in the process of construction, but also might in fact use up even more in the moment of dissolution.

However, while the explosion of urbanization and the mushrooming of mega-cities may be a prime cause of extensive mineral resource exploitation, these cities could also constitute a site of change. The pioneering urbanist Jane Jacobs famously argued that cities were at the heart of changing attitudes toward the relationship between nature and humanity because they provide an arena for new inventions. In her 1970 book The Economy of Cities, she reasoned that rural land use is not a separate line of descent but part of urban development and the land-management issues associated with it. Just as it is in cities that decisions are made on resource exploitation, techniques, and policies, it is cities that provide the framework for the inventions that can beneficially alter our relationship with the natural environment.

Central to the question of how the world will go about regulating its resource budget are thus considerations about how we continue to develop the urban realm. In other words, any changes in resource politics depend on changes in urbanism and on the design and production of our urban environment as well as on the procedures and protocols put in place to sustain these environments as hubs of creativity and communality. This extends not only to basic resources used in the construction of cities such as brick clays, sand, gravel, and crushed natural stone, but also to key elements of the services that keep the urban organism running such as food and water. What happens to entire landscapes full of resource deposits is thus directly dependent on the rhythms of urban demands and politics.

Helge Mooshammer, PhD, is director of the Austrian Science Fund (FWF) research projects Other Markets (2010-2014 – www.othermarkets.org) and Relational Architecture (2006-2009) at the School of Architecture and Urban Planning at Vienna University of Technology. He is currently a Research Fellow in the Department of Visual Cultures at Goldsmiths College, University of London. His research is concerned with new forms of urban sociality arising from processes of transnationalisation, capital movements, informal economies, and newly emerging regimes of governance.