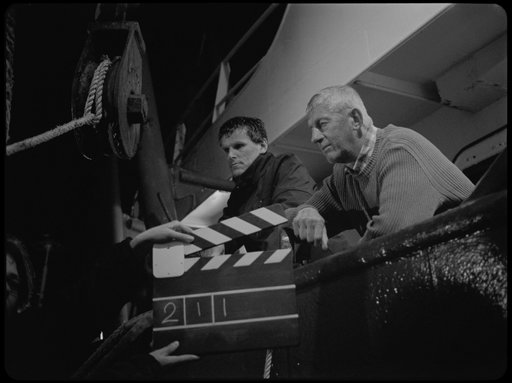 In the essay “The Author as Producer,” which was written as a speech but never delivered to an actual audience, Walter Benjamin distinguishes two types of authors: the writer who informs, and the “operative writer.”[1]Gerard Raunig, “Changing the Production Apparatus”, in: Gustav Klucis. En el frente del arte constructivista, Sevilla: Cajasol Obra Social 2009, 38-44. Both are engaged in the class struggle, but the first considers him/herself to be an intellectual for whom solidarity is a matter only in the mind, while the operative writer acknowledges his/her role in the production apparatus, and like an engineer, sees his/her task in adapting that apparatus. “Commitment is necessary, but never a sufficient condition for a writer’s work acquiring an organizing function. . .the writer’s production must have the character of a model: it must be able to instruct other writers in their production, and. . . it must be able to place an improved apparatus at their disposal. The apparatus will be the better . . . the more readers or spectators it turns into collaborators.”[2]Walter Benjamin, “The Author as Producer”, in Understanding Brecht, transl. Anna Bostock, publisher Verso London / New York, 1998. The lecture was written in 1934 for an address at the Institute … Continue reading In other words, Benjamin proposes that it is the assignment of the operative writer to redistribute authorship.

Though class struggle has a renewed relevance in the current era of increasing inequality, it appears it is no longer merely “the proletariat” that resists the far-reaching privatization of the means of production — the earth itself is rising up. Agrarian soils are wrecked by drought, coastal areas by flooding, seas and rivers turn toxic and the biodiversity of our ecosystem is progressively depleted. Following the line of Benjamin’s argument, we may ask if artistic producers are not obliged, when facing this ecological crisis, to experiment with models capable of transforming the current production processes so that not only the acting subjects, but also the means of production — the so-called “passive objects” — are capable of becoming co-producers.

What forms of (inter)action take into account that human knowledge of the world has its limits? How do we engage with one another when subjects and objects, or humans and non-humans, are equal actants in a shared world? In the past few years, we as artistic producers have been employing a self-reflexive, operative approach, to investigate the possibility of supplanting the still dominant model of the artist as author — the master who is capable of enrapturing the spectator in virtuoso representations — and replacing it with a more humble and gregarious role. We have developed a practice that is not guided by knowledge or representations but attempts to attend to objects as the sovereign, uncontrollable entities that they are. Assembling a space for aesthetic experimentation that moves along with things, we perform, so to say, a drifting studio practice.

A suitable setting to experiment with drifting studio practice offered itself when a regional museum invited us to conduct artistic fieldwork in the fishing community of Urk. Who could be more accustomed to drifting than fishermen who, generation upon generation, confidently let their nets down from the sea’s restless surface into unknown depths? We first visited the fishing village in spring 2011. The Dutch government had just announced a stiff package of budget cuts for culture, and cultural producers were cast as scroungers for relying on subsidies.[3]During the press conference following the cabinet council of June 10, 2011, in which the budget cuts were adopted, the Prime Minister motivated the cuts with the remark that “artists are turning … Continue reading When we introduced ourselves to a group of fishermen as artists, we therefore discreetly added that the reputation of our sector had recently suffered some damage. The fishermen nodded that for them, too, the days when they were “heroes of the sea” were long gone: nowadays, they were seen as pirates who were fishing the world’s oceans dry. Together we sighed that we shared an image problem. This is how our collaboration started.

For two-and-a-half years, we immersed ourselves in the world of fishery. Based on our conversations with the fishermen, we wrote a screenplay for dialogues that addressed the reality behind their image. On Saturdays, we filmed these re-enacted scenes, performed by members of the fishing community themselves. During the week, we visited the fish factories, the auction house, the wharfs and the docks, both when work was being carried out and when they were deserted. Our cine-eye filled itself up with speaking and working bodies, surfaces eroded by the salt water, nets spreading, and lifeless fish being measured, weighed, and filleted to be delivered straight to the shops or to be frozen into stiff boards. Occasionally, we and our instruments were invited to go out to sea with the fishermen. Then we adopted their rhythm of two hours of work, followed by a short nap. We tried not to fight against the heaving of the ship and learned that the whipping of ropes and creaking of cables announced that full nets would be hauled onboard. The most disruptive experience was the endless flow of struggling fish gasping for water, gutted one by one by the flick of a knife. When we asked the fishermen about this cruel aspect of their practice, they explained that this was what they had been taught by their fathers, who had in turn been taught by their fathers: “Nowadays people aren’t used to that. Nowadays you are expected to have feelings with everything you do.”[4]Conversation with fisherman Tjeerd de Boer, Urk, September 14, 2011.5Episode of the Sea, 35mm film transferred to 4K DCP and HD, black-and-white, 63 min., sound, Van Brummelen & De Haan in … Continue reading As we struggled to understand why they worked like they did, the fishermen had a similar difficulty grasping why we were so attached to our obsolete 35mm film camera, which had to be reloaded every four minutes. And just like them we invoked our artistic forefathers to explain ourselves and told them about Flaherty’s Man of Aran, Visconti’s La terra trema, Rouch’s Bataille sur le grand fleuve, and Straub / Huillet’s Klassenverhältnisse.

To allow the fishermen to tell their own story we had entered into a co-authorship with them, in which also their and our ancestors silently slipped in, as did the migrating fish, the tide, and the weather. But it turned out that fluctuating fishing regulations, the massive imports of fish farmed in Asia and the hikes in oil prices, were of even stronger influence on the fishermen’s practice and thus on the film we were making together. Episode of the Sea5 puts into images this paradoxical world that attains its rhythm from ancestors and the cycles of nature, yet is overruled by market pragmatics. Meanwhile parallels unfold between the practices of fishing and filming.

We had conceived that we could learn from the fishermen how to deal with instability and drifting, but it turned out they were dragged along by globalizing forces in a mindset of calculation and division, in which unpredictability is the first thing one tries to eliminate. Still, the collaboration offered us a glimpse of that other community, headed by ancestors, which perceives the world as a field of forces with rules of their own; a world in which all things are sovereign and interdependent at the same time.

Lonnie van Brummelen and Siebren de Haan have been working together since 2002, producing 16mm and 35mm films, film installations, writing, sculpture and collages that explore cultural and geopolitical landscapes such as Europe’s borders (Grossraum, 2005), sites of resource production and global trade (Monument of Sugar – how to use artistic means to elude trade barriers, 2007; Episode of the Sea, 2014), and the (non) sites of cultural heritage (Monument to Another Man’s Fatherland, 2008, View from the Acropolis, 2012 and subi dura a rudibus, 2010). Most of their projects involve extensive research and long term collaborations. As part of their artistic practice, Van Brummelen and De Haan express formal and informal research trajectories and the contingency of fieldwork in textual supplements. Venues where their works have been shown include Palais de Tokyo, Paris; Argos, Brussels; Project Arts Centre, Dublin; SMBA and De Appel Amsterdam; CCA Vilnius; the Shanghai and Guangju Biennials. Their films have been presented at Toronto International Film Festival; Berlin Film Festival, IDFA, MoMA Documentary Fortnight, Mar del Plata, and others. Van Brummelen is a PhD researcher at the University of Amsterdam, a regular visiting professor at Master Film, Amsterdam, and advisor of the Mondriaanfund. Van Brummelen and De Haan live and work in the Netherlands.