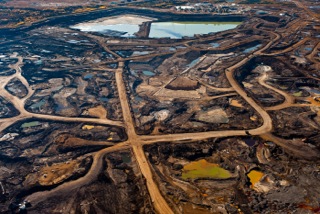 Matter matters. For critics working at the interface of science studies, feminism, philosophy, and political theory such as Karen Barad and Jane Bennett, the universe kicks back. While human beings shape knowledge through their culturally embedded perspectives, the things we observe and interact with have their own forms of agency. Things and humans are consequently entangled with one another in complex and unexpected ways. We co-produce the world through interactions and ensembles that are simultaneously material and discursive. Furthermore, what we take to be bounded entities are in fact complex phenomena that extend across time and space, what Barad calls “entanglements of spacetimemattering.” In a radical challenge to human exceptionalism, object-oriented critics even suggest that nature exhibits queer performativity.

How can we square such theories of agential realism with the increasingly common assertion that we currently live in the Anthropocene, the epoch of time in which human beings have become a geological force? This apparently hubristic assertion of humanity’s planet-shaping power is undercut by the bitter irony that we are in the process of making Earth uninhabitable for most currently existing life forms, ourselves included. Yet for most people, this process of planetary transformation is intangible precisely because it involves forms of “spacetimemattering” that extend beyond human sensory cognition as currently constituted.

How, then, can these worldly transformations be made tangible? Crucial political issues hang on such apparently academic and philosophical questions. One of the greatest challenges to addressing the crisis of climate change, for instance, is the pervasive cynicism among populations in the affluent global North concerning anthropogenic climate change. This cynicism is often manufactured through well-funded media organs that disseminate doubt about the environmental contradictions of capitalism.

Aesthetic representation has a crucial role to play in making what Rob Nixon calls the slow violence of the Anthropocene visible. Through engagement with the mutability of the material world, the arts are uniquely able to document current ecological changes in distant places. They are also capable of foreshortening time and space, offering scale shifts that clarify the stakes of present action in a dramatic and unparalleled fashion.

The artist-activists in the World of Matter group intervene in the present by documenting the various ways in which matter comes to matter today. Their work offers new aesthetic engagements with the often-invisible commodity flows that typify our moment of globalization. They alert us to the forms of environmental violence to which frontline communities in sites as diverse as the Bay of Bengal and Canada’s boreal forests, site of the tar sands, are subjected. And they track the movement of resources through globe-spanning trading networks that make nonsense of neat national borders. Although, as I have argued elsewhere, forms of extreme extraction are increasingly pervasive in the global North — think, for instance, of hydro-fracking — many contemporary forms of extraction remain invisible, located in distant parts of the global South and obscured by globe-spanning commodity chains. World of Matter make these commodity chains visible.

In this dossier on Radical Materialism, we present reflections by some of the artist-researchers directly involved in World of Matter, as well as interventions by theorists engaged with postcolonial ecological thought. Subtending these various essays is the question of how we may engage aesthetics and politics in a productive manner to deal with the climate crisis that defines our times. Contributors to World of Matter include Ursula Biemann, Elaine Gan, Uwe H. Martin & Frauke Huber, Helge Mooshammer, Peter Mortenbock, Emily Eliza Scott, Paulo Tavares, and Lonnie van Brummelen & Siebren de Haan. Critical commentators, who originally assembled along with World of Matter participants at a conference sponsored by the CUNY Graduate Center’s Center for the Humanities, include Stacey Balkan, Morgan Buck, Ashley Dawson, T.J. Demos, Sean Kennedy, and Micheal Angelo Rumore. Additional invited authors include Amy Balkin and Subhankar Banerjee.