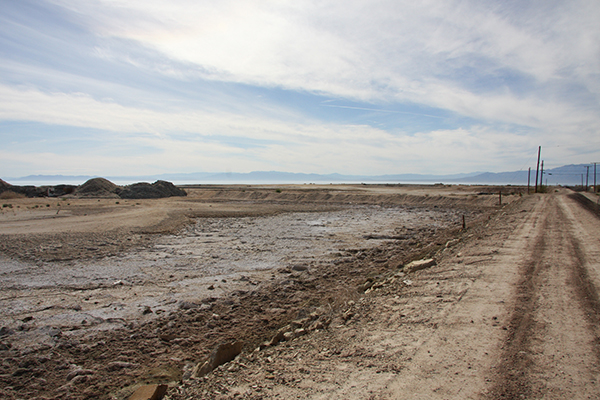 Oh Mister Hatfield, you’ve been good to us:

You’ve made it rain in ways promiscuous!

From Saugus down to San Diego’s Bay

They bless you for the rains of yesterday.

Make us this vow:

Control over resources has undoubtedly become the driving force behind development planning and government policies regulating our relationship to the environment. While the threat of resource depletion may be an important motivation for this orientation, it is also fuelled by deep-seated fears of environmental insecurity due to changes in the scale and magnitude of environmental degradation. Against the background of slowly evolving problems such as air pollution, global warming, and climate change, on the one hand, and dramatic, major accidents such as oil spills and industrial fires and explosions, on the other, “risk management” has become a buzzword frequently used in connection with the development of programs for increased environmental control.

When environmental disaster strikes, its root causes can be many, but they are all ultimately linked to the changing nature of the relationship between politics and economics. If economics can flourish outside politics by simply following its rogue nature, as some have argued, then this is further enhanced by the economic turn of politics itself: The market-state and its political agents still tend to turn a blind eye to disaster because all too often they actually benefit from it. Both the state and the market are only too willing to gamble on catastrophe in order to take in uncontrolled extra revenue or advance specific agendas that involve radical measures of social and economic engineering by exploiting the public’s disorientation.

On the other hand, the more visible environmental disasters become, the more they tend to trickle down into the collective consciousness and remain in memory as an open wound waiting to be healed somewhere in the distant future. In this sense, environmental insecurities are also provoked by what Zygmunt Bauman, in his characterization of modern existence, has termed “a life of continuous emergency” — the permanence of sudden disruptions that throw life as it is being lived off course, detracting man from the unrestricted accumulation of value, and thus generating anxiety.

In this situation, the scientific calculation of risks and the engineering of cost-effective solutions to mitigate the effects of deteriorating ecosystems are increasingly used to patch up the scars left on the cultural and natural landscape. So far, therapeutic interventions have focused on the manipulation of Earth or climate systems, such as weather-control projects or even more radical terraforming strategies, to counter global warming. Experiments with cloud seeding and solar radiation management are well underway as part of policies designed to commandeer and control the climate of the Earth. Under its new National Plan for Addressing Climate Change (2013–2020), China has divided the country into different regions and command centers for strategic weather modification. And in its own attempt to counteract “anthropogenic climate change,” the United States has likewise intensified their research into aerosol geoengineering, providing multi-billion dollar budgets to fund the experiments involved. Given the politico-economic advantages to be gained from such operations, weather modification is likely to become an element of many national and international security policies in the near future.

Though military or any other “hostile” use of environmental engineering was banned by a UN convention tabled in 1977, support for weather modification technologies as a means of controlling the world’s climate is currently on the rise. This support is informed by environmental discourses centered on the human capacity to “improve” environmental benefits. In the process, nature is being redeveloped in accordance with the needs of rapidly growing populations, atmospheric self-regulation “restored,” and large sways of wasteland “returned” to nature. A particular cultural perspective on nature is thus being imposed on the re-engineered territories as well as on local communities — one not dissimilar to the anthropocentric, self-centered attitude toward the environment displayed by arcane methods of rainmaking practiced in the Western world during the early twentieth century. While it may seem that there is still no need to consider alternative possibilities of how we want to relate to nature, it is worth noting that such possibilities are not even made part of the political debate in the first place. On the contrary, dissenting perspectives on the environment and their potential to generate resistance are increasingly integrated into government plans for environmental engineering from the outset.

On a recent trip to China, I found this shift in policy confirmed by the new political leadership’s decision to introduce impact assessments for all state projects that might have adverse environmental consequences — assessments whose focus lies on the likelihood of projects prompting protests or social unrest. In this approach to resource ecologies, resources are not conceived of as the object of planning but as planning itself. They are turned into a mechanism aimed at the manipulation of social and political climates, the regulation of civic anxieties, and the creation of order based on narratives of technological mastery and environmental control. An alternative and more desirable approach to environmental politics would be to introduce democratic processes that address our options for relating to the environment and the resources emerging from these relationships. However, establishing such an approach ultimately requires a profound cultural shift away from the idea that any environmental problem can be solved by skillful engineering, whether of a technological or political nature.

Peter Mörtenböck is Professor of Visual Culture at the Vienna University of Technology and visiting researcher at Goldsmiths College, University of London, where he has initiated the Networked Cultures project (www.networkedcultures.org), a global research platform focusing on translocally connected spatial practices. His current work explores the interaction of such practices with resource politics, global economies and urban transformation. He has written numerous essays on contemporary art, bottom-up urbanism and collaborative forms of spatial production that have appeared in international journals such as Grey Room, Architectural Research Quarterly and Third Text.