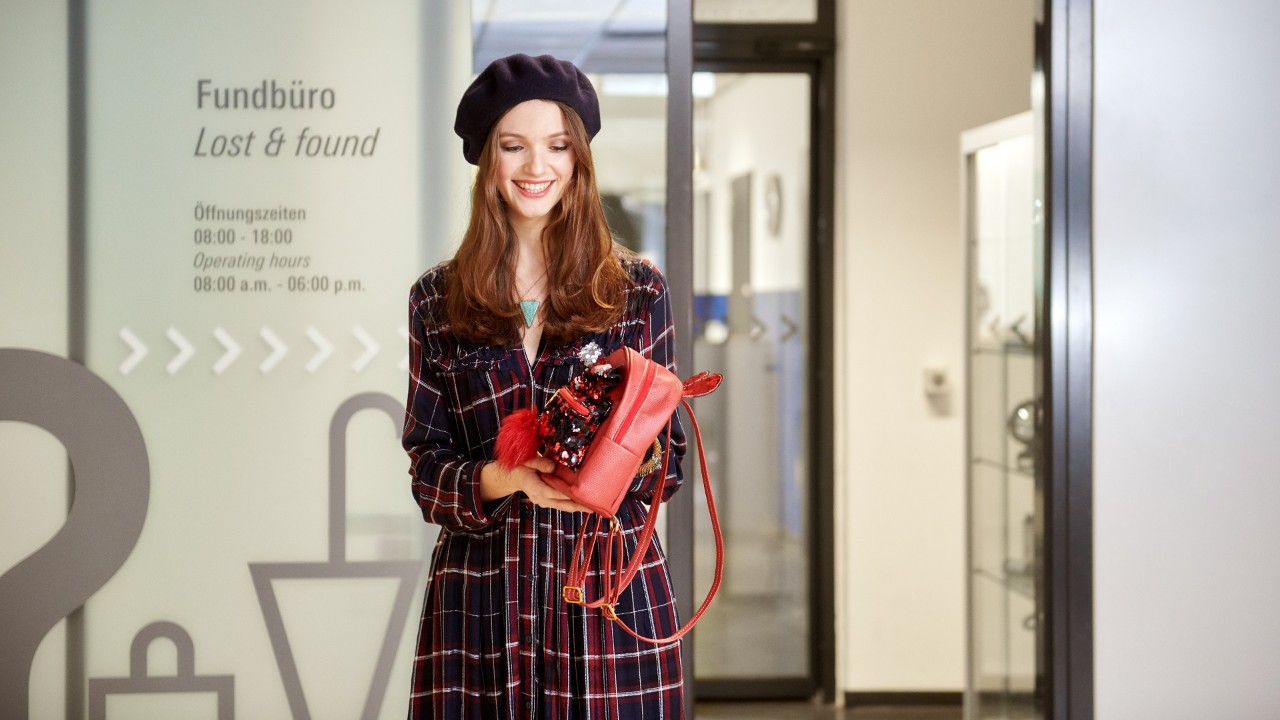 Imagine you are just a few hours away from your holiday. As usual, you have planned everything long in advance. The destination has been on your “Must-See-Places-in-the-World” list for a long time; you selected the flight carefully, and you informed your workplace that you would be absent for two weeks. Now there is nothing that could possibly get in the way. You are sitting in a plane at Gate 22 now that you have checked in, handed over your big luggage, gone through the numerous security checks, and stopped at the duty-free shop and bought a huge bag of Toblerone, the triangular shaped Swiss chocolate bar (which, to be honest, you did not need). The pilot just announced that the engine is ready for takeoff. You are too. At least you think you are. You’ll take one last look at your phone before you turn it on airplane mode. You open the front compartment of your backpack, reach inside, but cannot feel anything in the shape of your phone. You double check and open the bigger compartment of your backpack to look for it there. But there is no phone in your bag, nor in the pockets of your jacket. Oh no! You try to go over all the places you have been to prior to the flight–the security check, the restaurant, the duty-free shop, the waiting area, the gate, the shuttle bus–while your heart rate accelerates and you start to feel the first drops of sweat rolling down your spine. You lost it! But now, you must wait until you have landed at your holiday destination before you can call the lost property office at the airport in Frankfurt.

I have a good friend who has been working at FRAport’s lost property office for five years. He described his experiences on the job to me in an interview. The following reflects upon this department of the airport, its time-capsule-like qualities, and what they might reveal about us, our belongings, and our not-so-common future.

The lost property office only takes care of objects that were left behind in the airport area (including airport shuttle buses) and that have been handed in to the office. Given that any sort of object may be submitted to the office, the first step the lost item undergoes is a very detailed registering, comprising an internal cataloguing with thirty categories and a detailed description of the object and its contents (as is the case with lost bags).

But what is it exactly that people lose in most cases? According to my friend–statistics might say something else–it is credit and debit cards, followed by technological devices such as laptops, tablets, and smartphones. The reaction speed of the owners, however, varies: some realize they are missing something immediately after losing it (at a point before anyone has even submitted anything to the office), whereas others don’t realize they’ve lost anything at all (or even don’t care). Usually, the owners have three months to remember or claim their lost objects, which is the legal retention period (except for objects on which the name of the owner is clearly identifiable). During this period, the found objects are stored in the office. Afterwards, they are prepared for auction by deleting and removing everything that could provide concrete information about the owner. (Keys are destroyed, laptop data memory deleted, and credit cards shredded.) The auctions then take place on behalf of FRAport at different destinations in the Rhein-Main area.

All people forget things, but what distinguishes us is not only what we forget but how we forget. Common technological devices such as laptops or smartphones mean something else to wealthy entrepreneurs (who will get replacements from their companies) than they do to the average consumer who saved money for it. A celebrity might want an item back to avoid unwanted attention from the press or to keep from losing important project data. But that’s not all. Storing decadent objects such as luxurious sex toys and gilded technical devices or even contraband such as cocaine with discretion is also part of the lost and found office’s function. While the latter is undoubtedly a crime and will get you in trouble, requesting the former fetish properties back from storage will to a certain extent mean giving up the secret of the usually hidden, private treasure. And sometimes people do. They are comparable to Benjamin’s transient figure of the flȃneur, who, despite always being in search of new commodity adventures and impressions, is still characterized by his emotional investment in relation to his objects. Literally all sorts of objects.

The array of lost and stored objects reminds me of time capsules. According to William E. Jarvis, capsules can be deliberate deposits targeted for future recipients, which might convey a “slice of life” from a past to a (supposedly different) possible future (14-15). One that came especially to my mind in this context is the Crypt of Civilization, which was sealed in 1940 for 6,117 years as the longest targeted time-spanning time capsule. It is a ten-foot wide, ten-foot high chamber with a seven-foot stone roof, where many hundreds of common articles were assembled, such as a model electric train set, an aluminum foil sample, mannequins in glass cases, a pair of binoculars, an Emerson radio receiver, an electric toaster, a camera, a quart of beer, phonograph recordings of music, etc.

As the previous example aptly shows, time capsules might consist of either a sealed container or other sufficiently sequestered package of items or message-bearing media ranging from just a few relics up to whole arrays of artifacts (15). Time capsules thus seal and reveal items and objects of all sorts and make their memory productive for future uses. In other words, they take us back to the future.

But to whom does that future belong? And what does the content of the lost property office at FRAport reveal about this future, provided that it can be related to the notion of time capsules?

The reason the lost property office is not a time capsule in a classical sense (as defined by Jarvis) is fairly evident. In a lost property office, we are not dealing with objects that are literally “buried treasure,” to be excavated at a later moment in time. With a targeted retrieval date of maximum three months concerning most objects, the time-span for these deposits is relatively short, compared to centennial or even millennial-spanning types of time capsules. On the other hand, the objects stored there reveal a lot about our current civilization as a “global community” of frequent travelers. As is so often the case with time capsules, the contents of the office are certainly not representative of the entire world or even an entire age, but, instead, include some technological achievements that offer insights into traditions and values of Western and privileged communities. Even if the objects themselves are not conserved for eternity, it is their stored data that could be regarded as symptomatic for potential twenty-first century time capsules.

Therefore, the lost property office is the twenty-first century time capsule par excellence, symptomatic of a kind of multicultural cross section of all the belongings of a globally operating capitalism, including all the latest trends, especially technological ones. At some point, these communities will cease to exist. Their things, however, will be forgotten and remembered, stored and moved, and lost and found. On their journey, they will experience what it means to travel free and independent from their owners and will thus have a story to tell on their own.