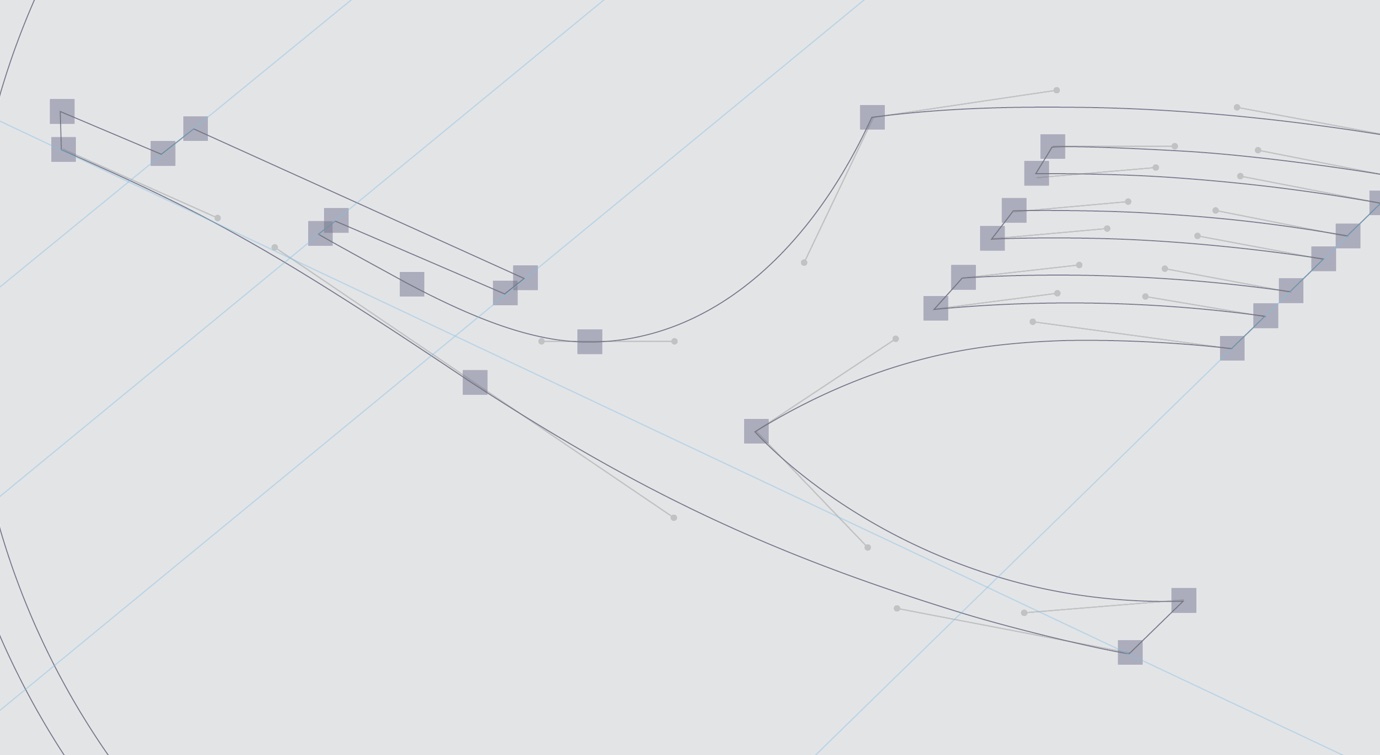 In this flighty article, I will look closely at the logo of the German company Lufthansa, taking the 2018 re-branding of the airline as a departure point to investigate the inherent temporalities that lay in the crane’s design.

I. “The Times They Are A-Changin”

On Wednesday, February 7th 2018, the German airline company Lufthansa held a ceremony at Frankfurt International Airport. The airline’s CEO, Carsten Sphor, announced that Lufthansa was celebrating that 2017 was its best year in the history of the airline. 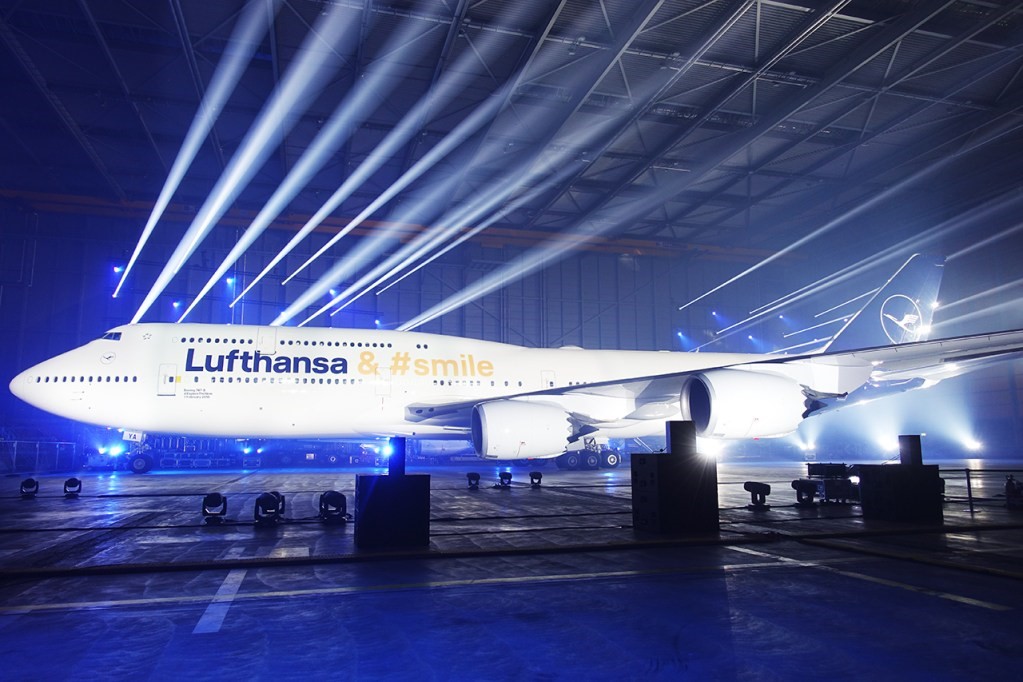 The airline had profited significantly from the overall rise in passenger numbers, just as it was able to secure important sections of the discontinued AirBerlin service. But also, and more interestingly, Lufthansa revealed the re-branding of the airline, which included a new marketing claim (#sayyestotheworld) as well as a makeover of the hundred-year-old crane design. This new graphic design constitutes the first major changes since 1989, which were themselves heavily reliant on the pioneer work by Otl Aicher on the airline company brand back in 1962. As the VP Marketing Alexander Schlaubitz says in a video campaign: “What was done in the past [in terms of graphic design] was optimum at the time, but for the present it’s no longer the optimum.”

Thus, that year’s re-branding was, on the one hand, about reflecting the new marketing strategy of the company–Lufthansa earned the title of a five-star airline from Skytrax (an international rating organization) and wanted its design to reflect the new “premium feeling” of a high standard airline. And, on the other hand, there was a deep need to update the 1989 graphic design to the “digital world.” 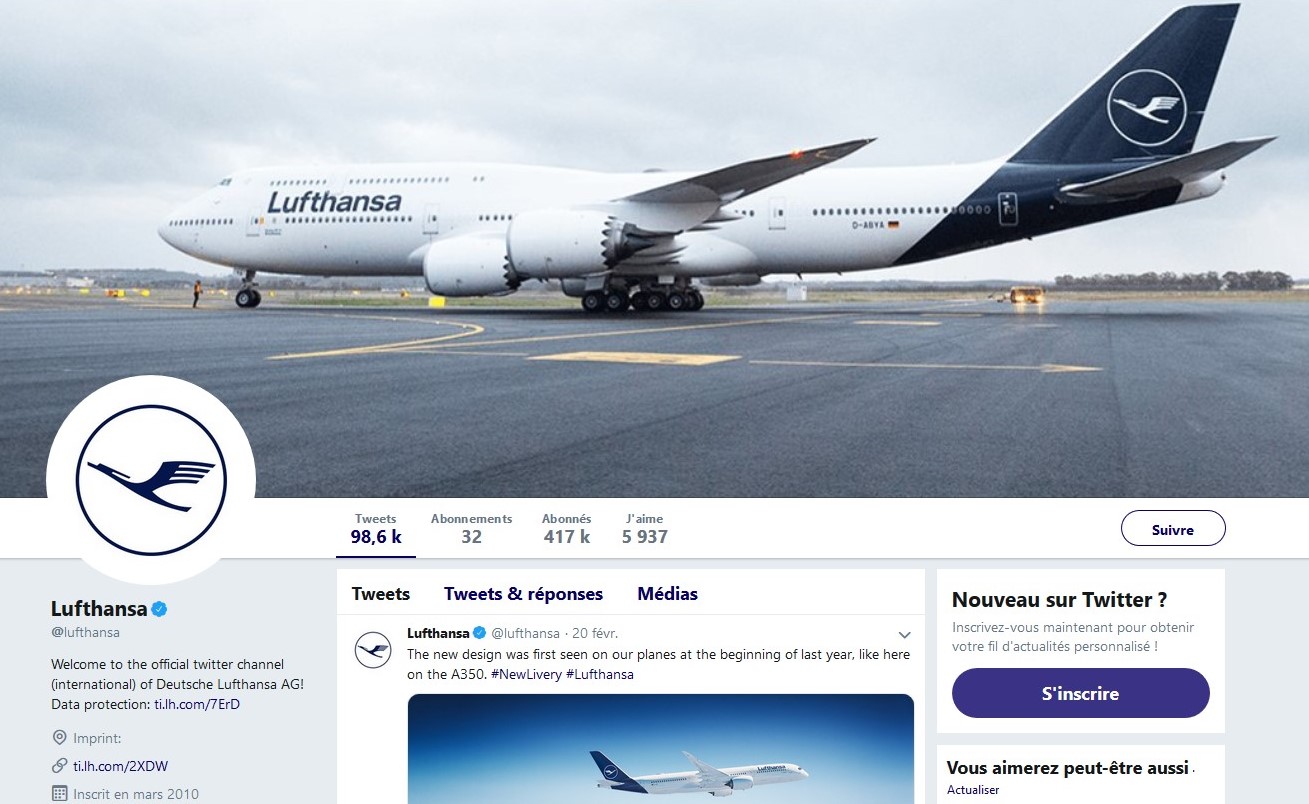 A new font system had been developed in order to fit every digital application and screen. As Hannes von Döhren (Type Designer HvD Fonts) explains: “Since Helvetica does not work well on screens you had to use Arial for the smaller sizes to ensure readability. The new typeface works for every application.” 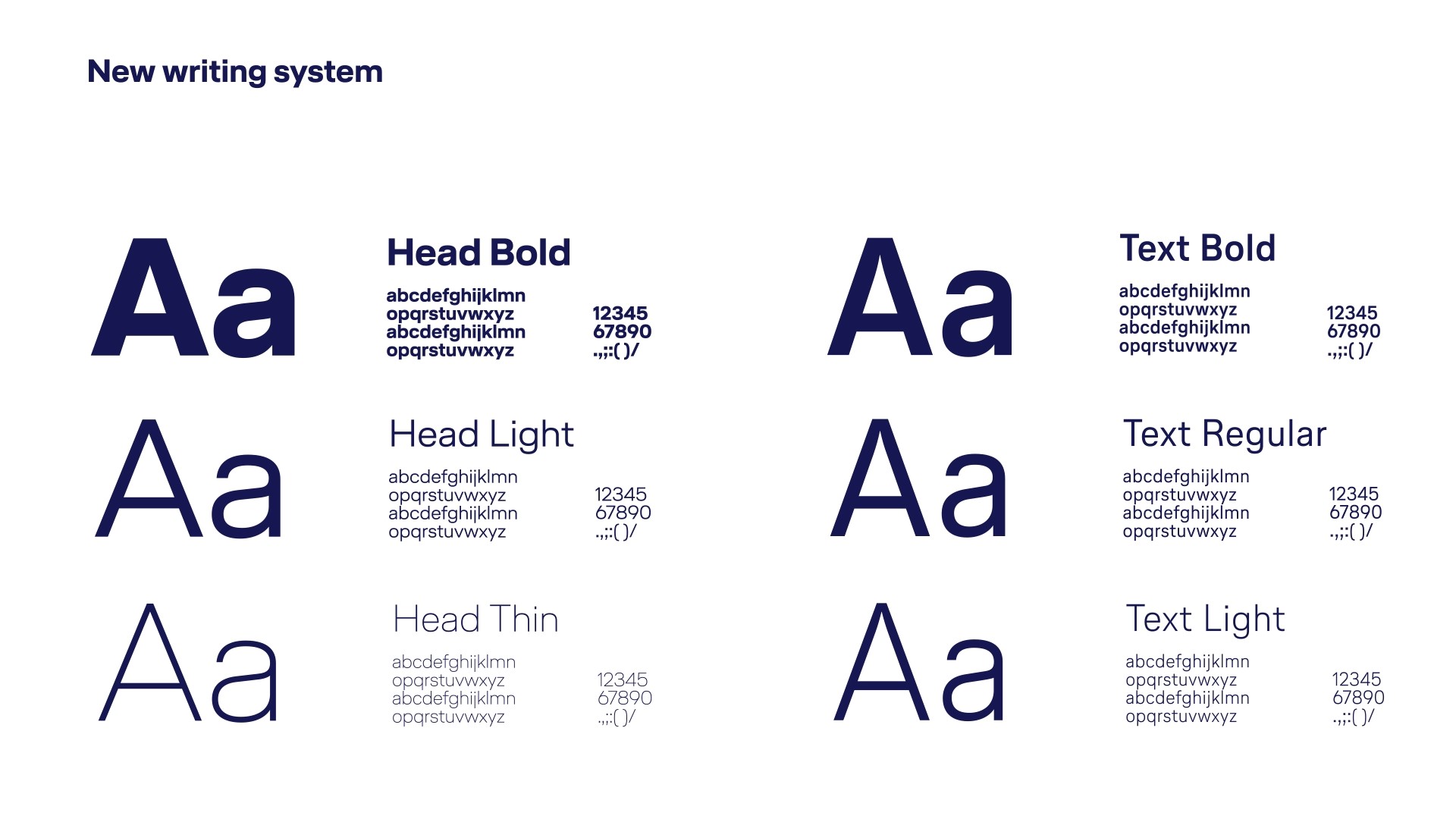 Also, the color scheme had been changed. Until that point, Lufthansa was mostly defined by the two-color blue and yellow in nearly equal proportions. The decision had been made to use a new type of blue as the new leading color. Yellow was kept and is now used mostly as an indicative or informative color. This new color scheme was about assigning a more precise function for each color: “atmospheric blue” and “emotional yellow.” 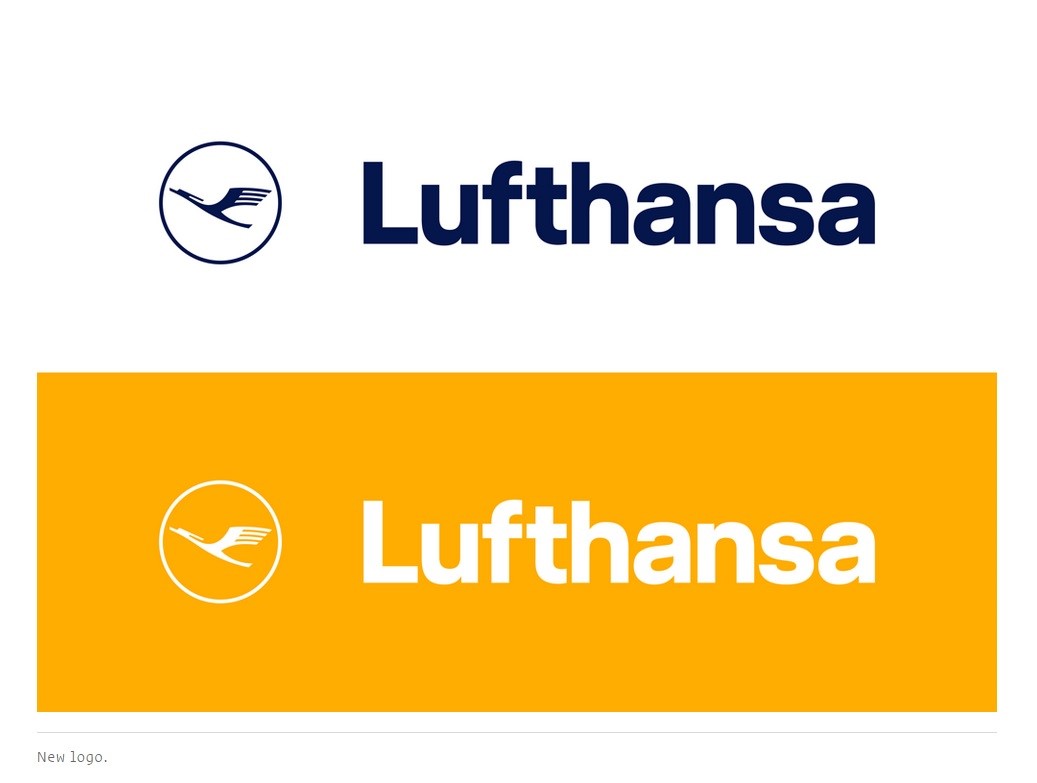 The crane was kept of course, but it was now blue (or white). All these changes constituted one of the most important and consistent changes in the strategies of Lufthansa’s graphic design. But it was not the first time the airline had revised its branding.

In 1955, the first guideline on Lufthansa’s corporate identity was drawn up. The airline company adopted the crane in a parabola as a logo. Blue and yellow were chosen as the main colors. That was actually the heritage of the work by graphic artist Otto Firle for the Deutsche Luft-Reederei. The crane logo was designed by him back in 1918 (explaining the hundred-year anniversary of the crane last year). 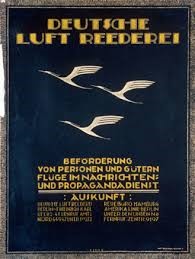 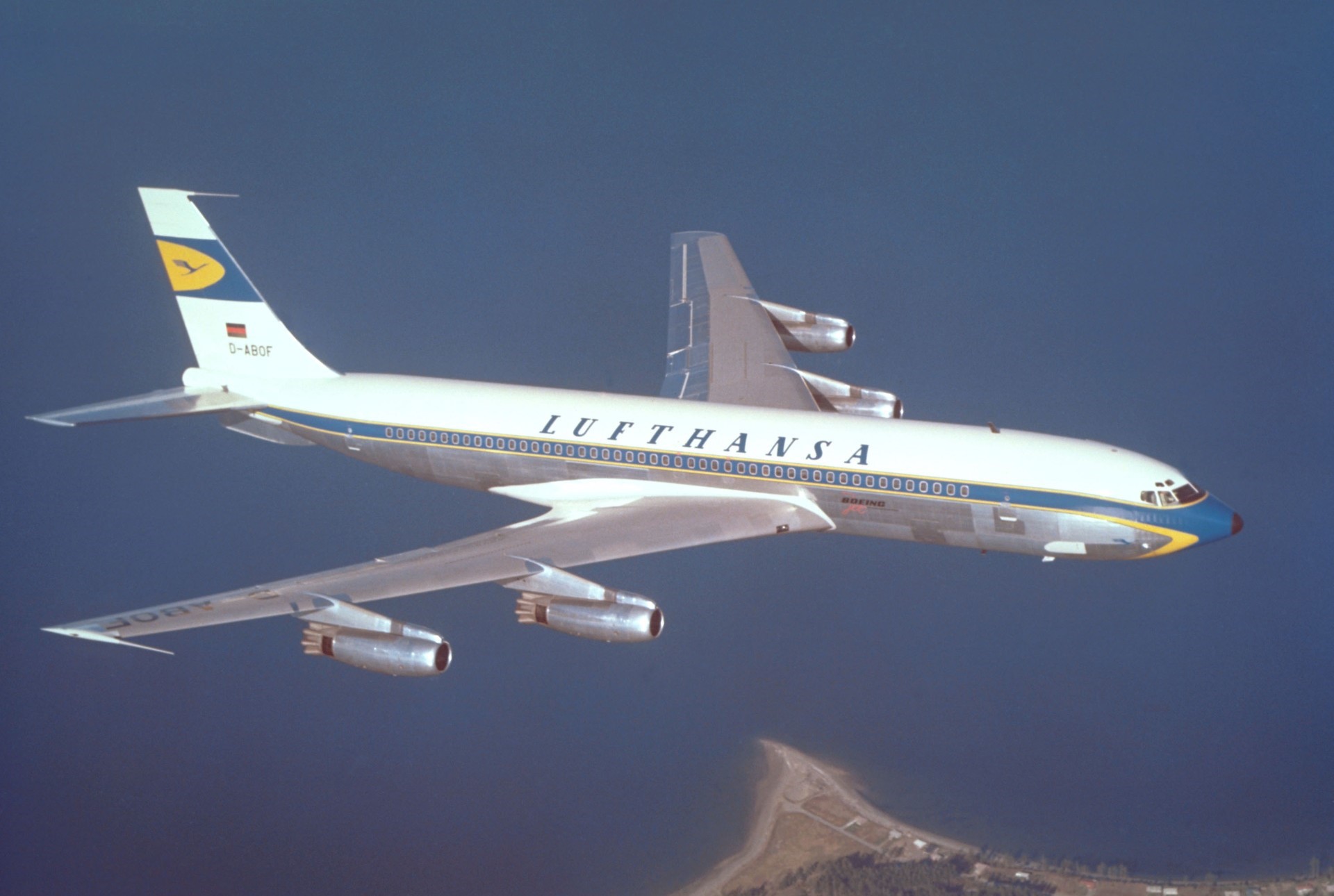 In 1962 a new design was implemented, developed by the famous German designer Otl Aicher and his team from the Ulm Schule. It introduced a simpler typography and uniform formats, streamlined the company’s logo, reassessed the colors, etc. Aicher’s proposal proved to be successful in giving the company an aura of technological progress, security, and reliability. Until this year, the work of Aicher was kept as the main basis for all the future brandings. 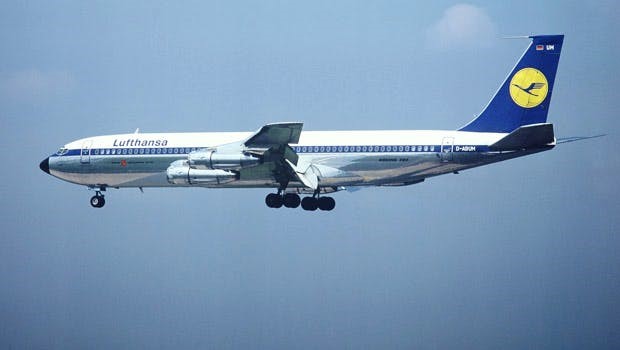 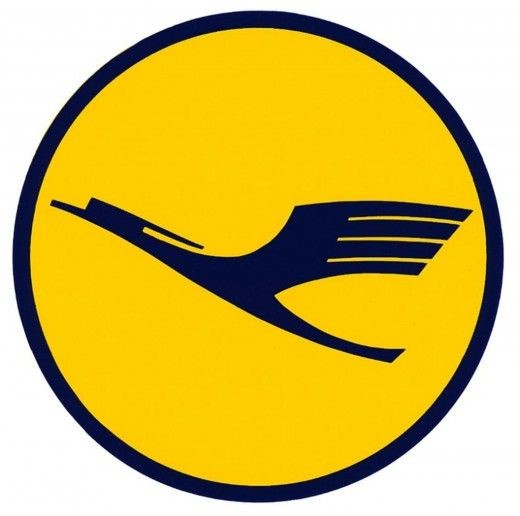 In the wake of an emerging mass tourism, increasing competition, and to mark Lufthansa’s acquisition of the Boeing 747 (the biggest passenger aircraft of the time), the airline company commissioned the agency Zintzmeyer and Lux in 1987 to rework the branding. The design team concluded that “all the main elements should remain unchanged”–and suggested only a more predominant presence of the color yellow.

Lufthansa was pleased with this suggestion and tested it on a Boeing 737. The resulting look of the aircraft was widely criticized, and even the pilots themselves protested against what they scornfully called the “flying canaries.”

Zintzmeyer and Lux had failed to produce a new corporate design but had still provided numerous new insights. In 1989 some minor adjustments were made, and the resulting design was roughly the one we knew until February of this year.

Each change was thus driven by a need to “keep up with the times”–to reflect the economic situation, the marketing strategy, and the technological advancement of aviation, and to fit into the global world shaped by media. And yet, Otto Firle’s 1918 crane lives on. As Sphor put it during the press conference: “The crane represents Lufthansa and Lufthansa represent the crane.” In other words, “No Crane, No Plane.”

II. No Crane, No Plane

On the one hand, graphic design must adapt to the present time and anticipate the near future, but on the other hand a good design is able to last for a century and more. To use Schlaublitz’s words: “an icon is something that you do not change either lightly or radically.”

Timelessness is always highlighted when it comes to the crane. This is widely acknowledged in the world of design. The Iranian designer Majid Abbasi notes that “the constant presence of this Lufthansa bird throughout all these years has made it timeless,” and for Holger Jacobs the “[Otl Aicher design is a] timeless and consistent design.” Andreas Uebele argued that “well-designed objects [such as the crane] can age without becoming outmoded.” For the designer Laurent Lacour, Lufthansa’s graphic design could very well be described by an equation: “crane plus blue and yellow equals Lufthansa,” as a constantly true formula (118-126).

Lufthansa’s 2011 design team explained in an interview that they never initiate revolutionary change: “we have been described as guardians and to some extent we are.” The German designer Uebele interpreted this role of guardian as such: “if the crane has been permitted to nest next to the Helvetica script for almost fifty years, then the guardians of this brand must surely also be diligent in guarding the lives of their passengers.”

And Lufthansa is literally a guardian of the crane, since the airline company is financially supporting the association Kranichschutz Deutschland, which is actively engaged in the protection of the crane–as in the bird–in Germany. So the motto should not only be “No Crane, no Plane,” but also “No Plane, no Crane”! 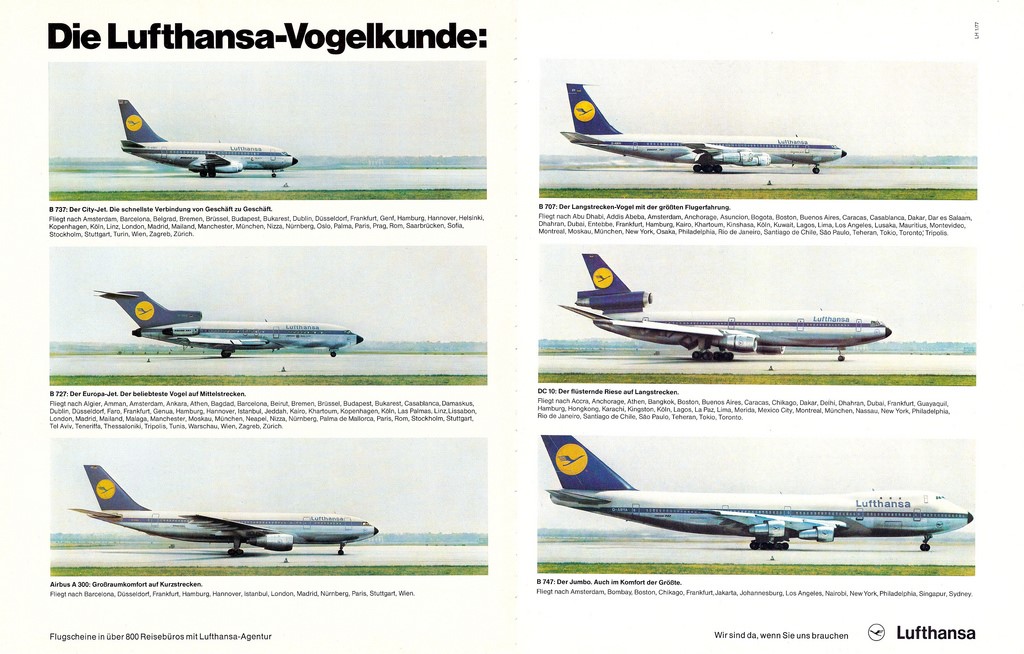 In one way or the other, it looks like the destiny of the bird and the destiny of the plane are bound together. This relation appears even more explicitly in the French word for plane: avion. Avion is an acronym and stands for “Appareil Volant Imitant les Oiseaux Naturels,” or “Flying Apparatus Imitating the Flight of Natural Birds.” This is actually probably a retro-acronym invented by the pioneer engineer Clément Ader in 1875, whose avian designs literally imitated the movement of birds in flight. 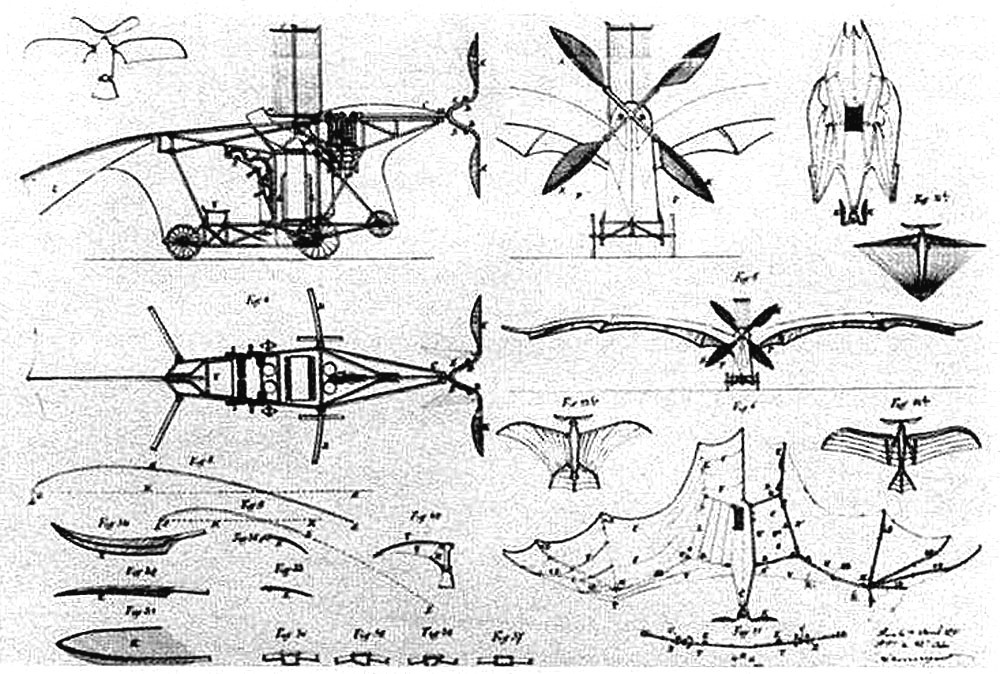 The French engineer Victor Tatin also studied birds in flight for avian design production purposes. His work is especially marked by a fruitful collaboration during the 1870s with a French physiologist, a certain Etienne Jules Marey, well known for his work on movement synthesis–and especially birds’ movement in flight–based on different graphic methods, including chronophotography. 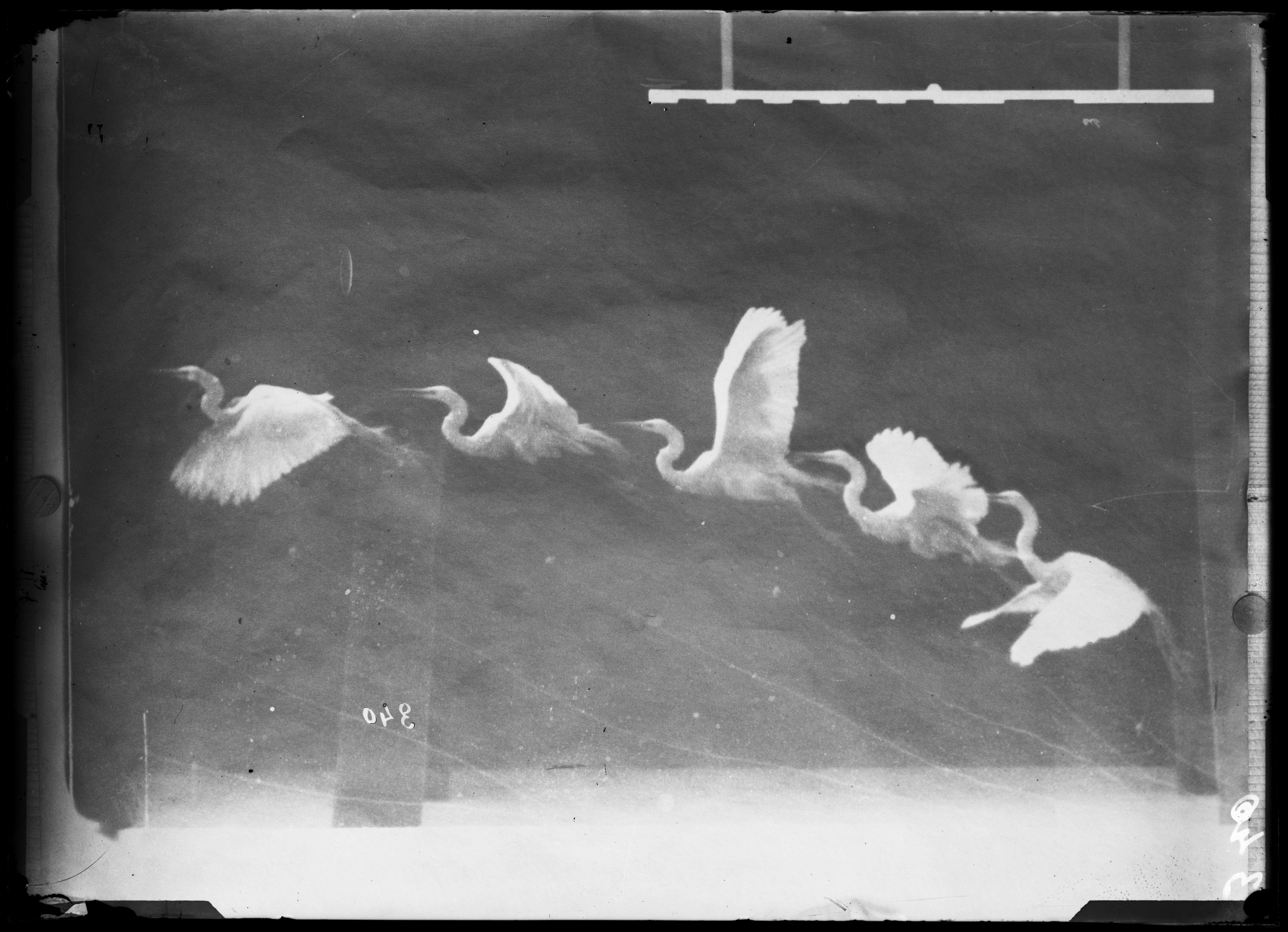 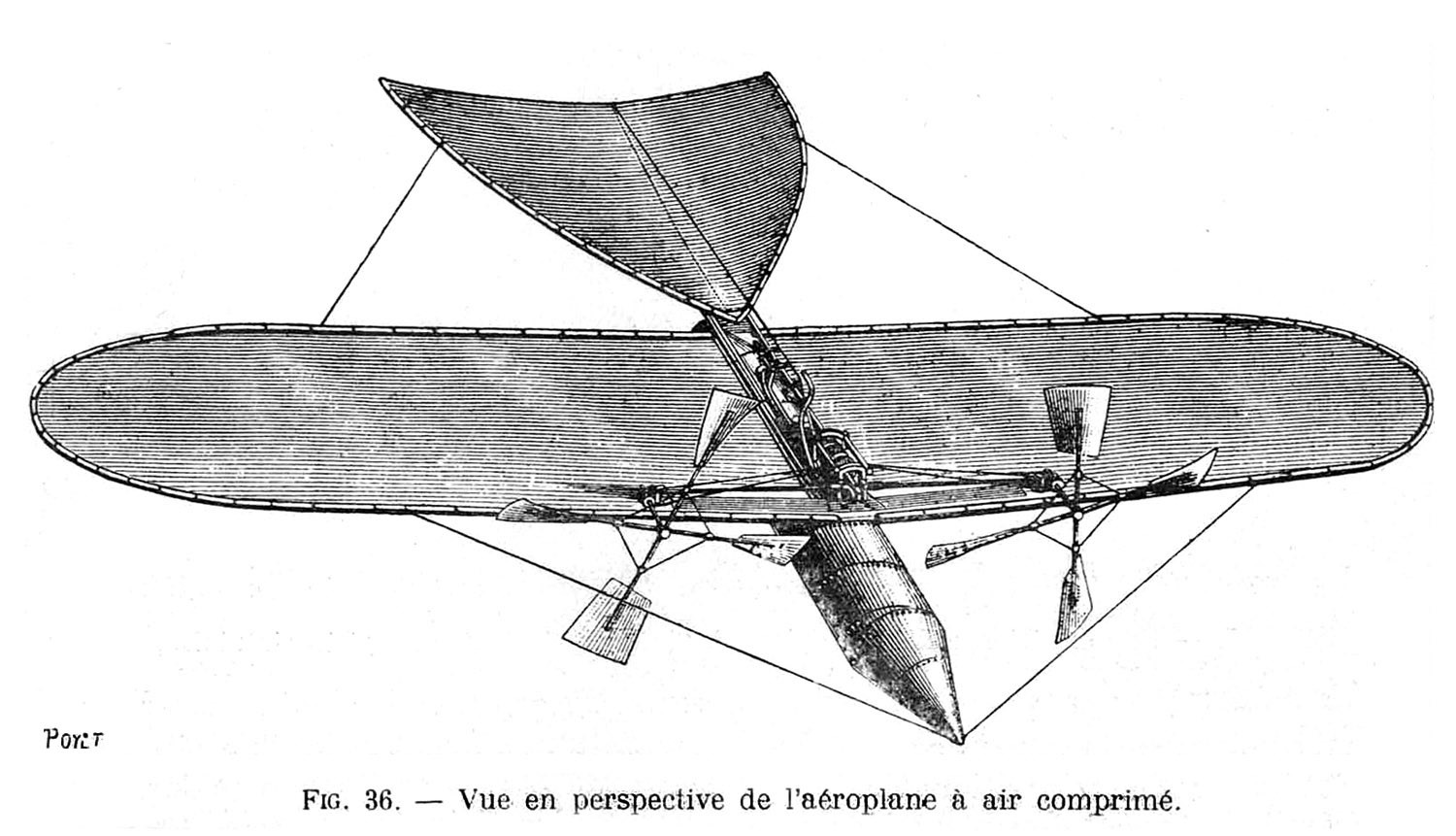 Etienne Jules Marey’s and Victor Tatin’s interests in producing a temporal synthesis of the flight of a bird as the basis for avian design production again emphasizes the convergence, within the design itself, of the temporality of a physiological movement and of the aerodynamic properties of planes.

It is precisely on this convergence that I now want to focus. The crane’s design is itself the result of such a convergence by integrating a form of abstraction–of synthesis–of a bird’s movement with aerodynamics necessities.

III. The Arrow of Time

The crane is timeless, but it has been re-drawn on several occasions, even though some changes are barely visible. 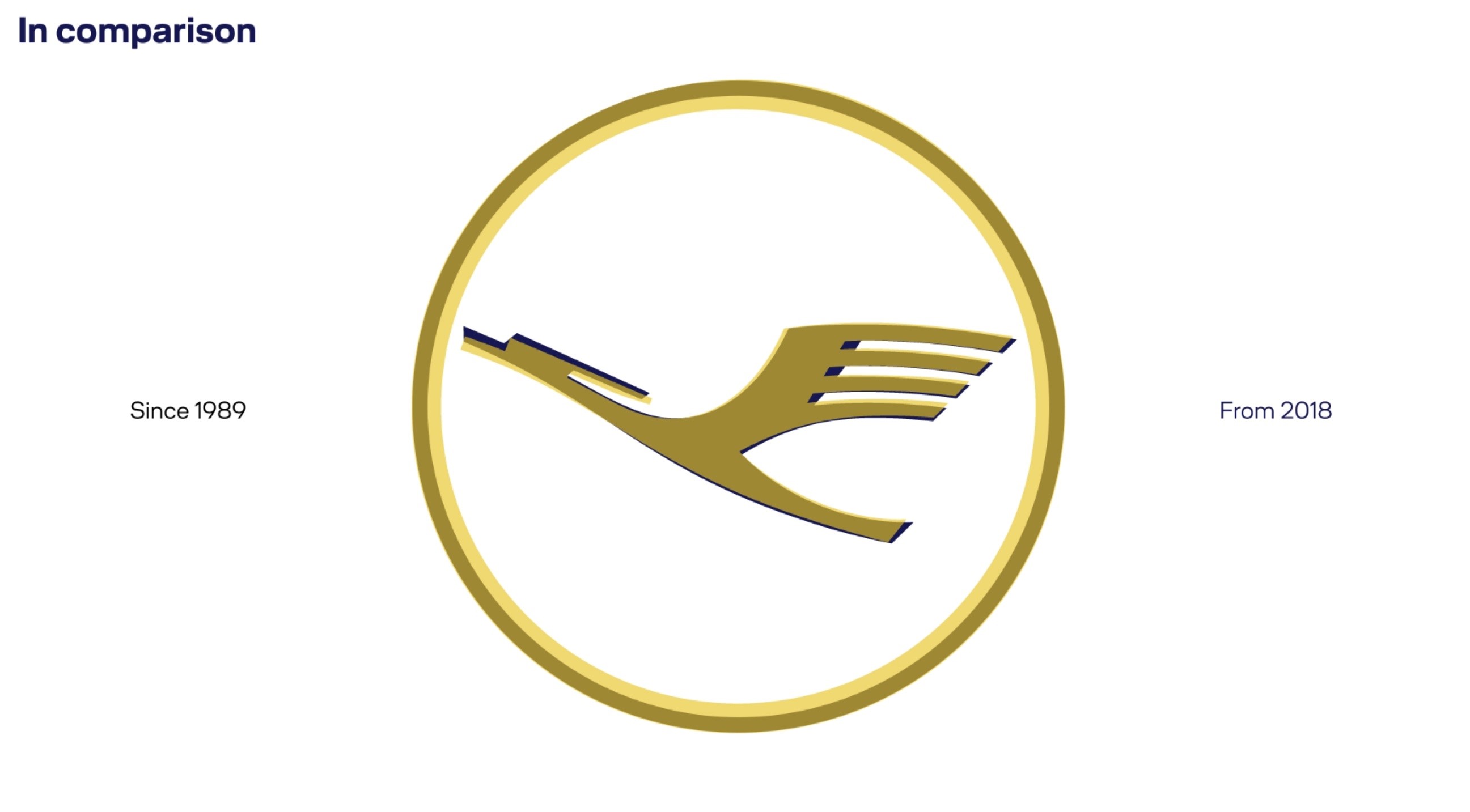 Figure 15. Comparison of Lufthansa logos from 1989 and 2018. Screenshot from Lufthansa Brandhub.

These slight changes are magnified in the different guidelines, and here I take the example of the one made in 1962 by Aicher and the one made this year by the graphic design company Martin et Karzinsk. 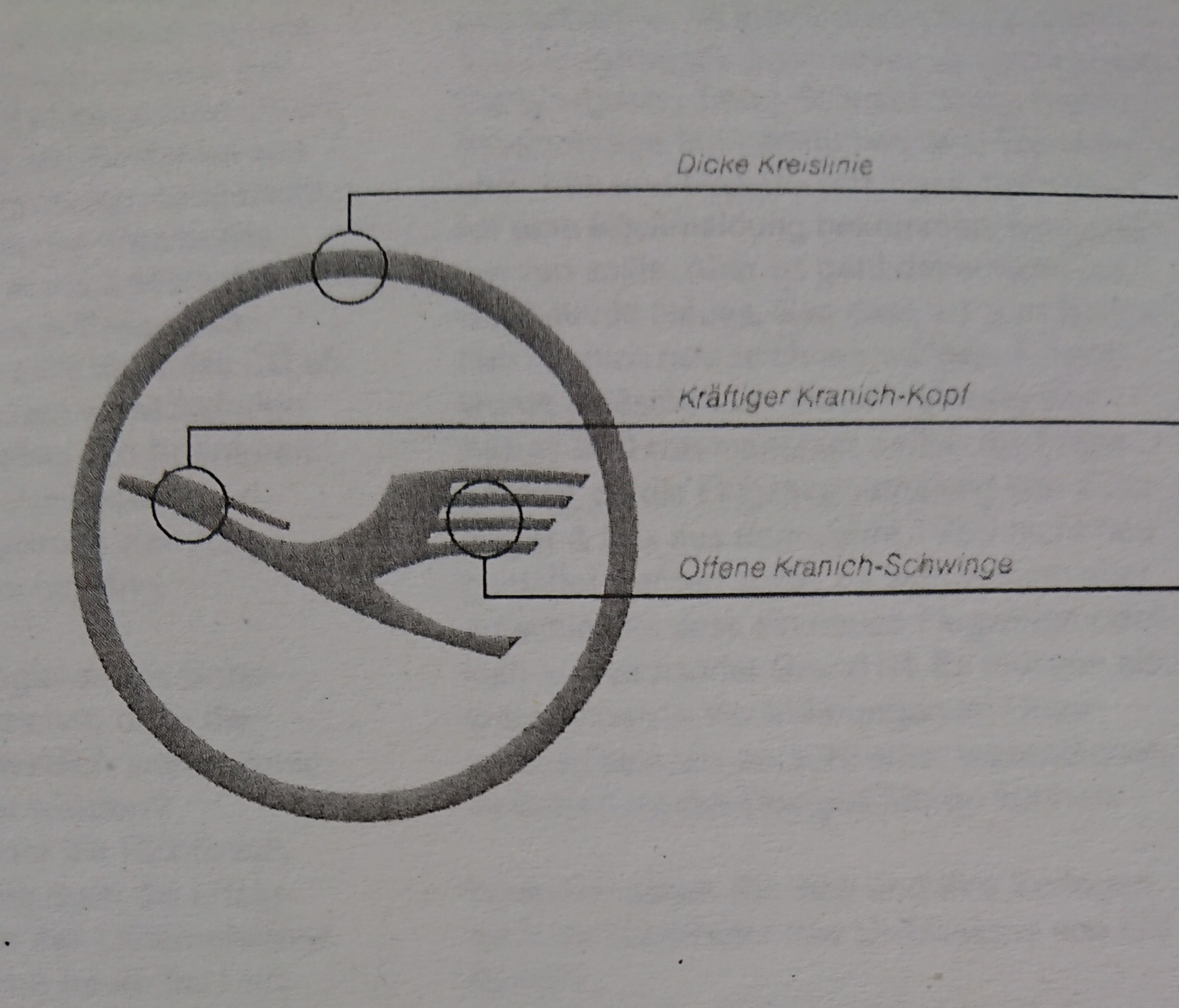 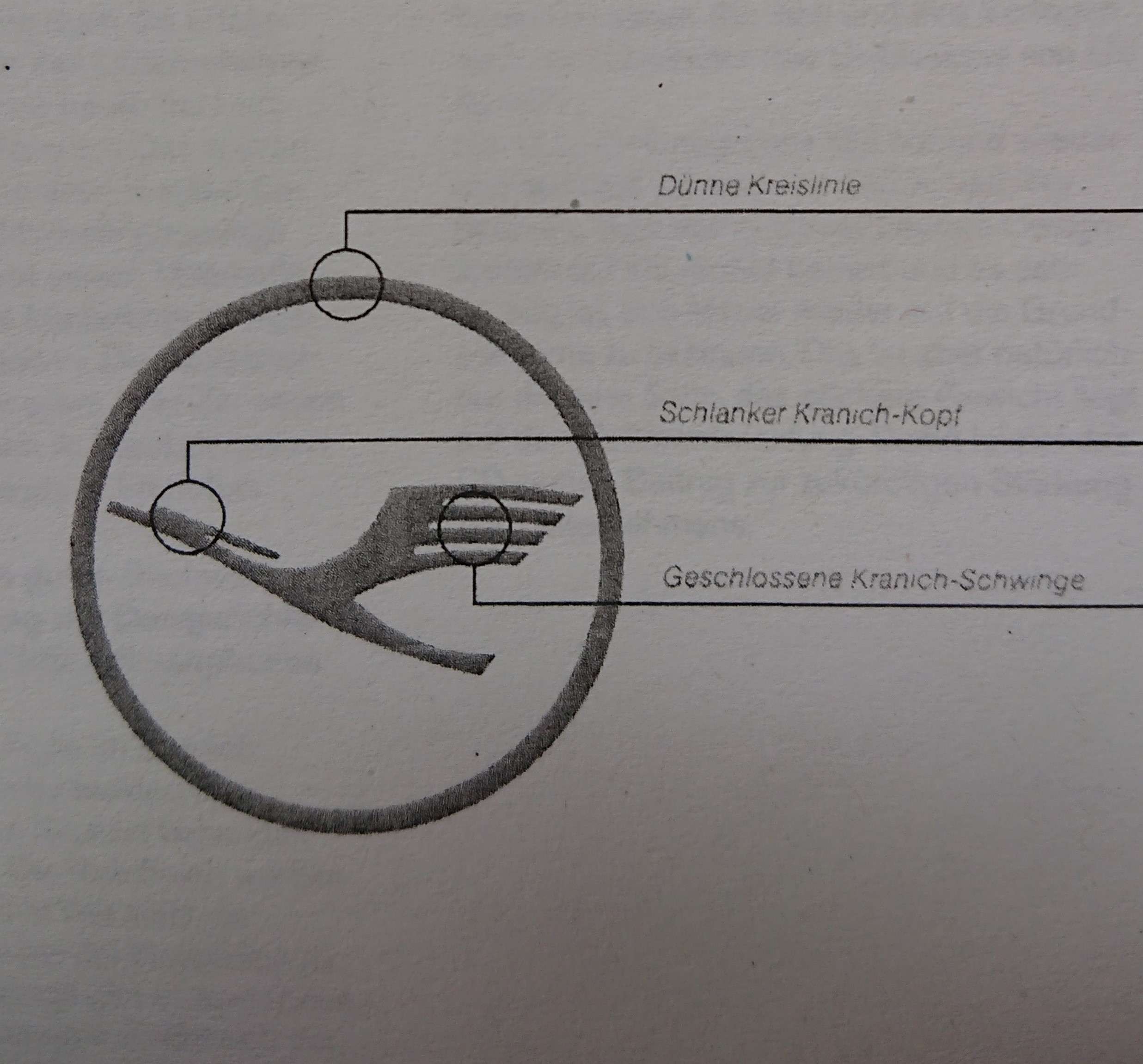 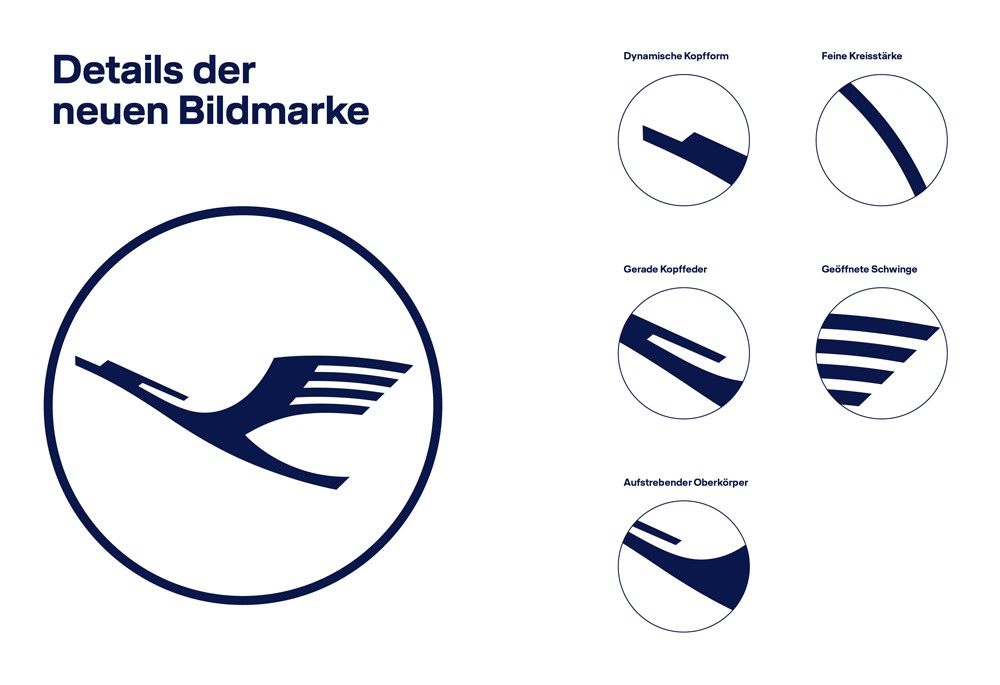 So when it comes to reshaping the crane, designers not only focus on the strategic parts of the bird’s body–head, neck, and wings–but also suggest the changes by using an aerodynamic vocabulary: cranes’ and planes’ respective aerodynamism merge (which extends the logic behind “A.V.I.O.N.”).

This convergence of the physiological parameters of the crane with the aerodynamic characteristic of the plane was expressed even more interestingly in a design suggested by Otl Aicher in 1962, but which has not been retained. Aicher judged that: “in the age of jets and supersonic flight, the meaning carried by the bird is outmoded. A symbol’s force increases as it approaches the arrow form.”

“Given the aircrafts’ speed and shape,” he considers the arrow “to be the most obvious symbol to represent aviation in the near future.” He accompanied this argument with two very interesting sketches. 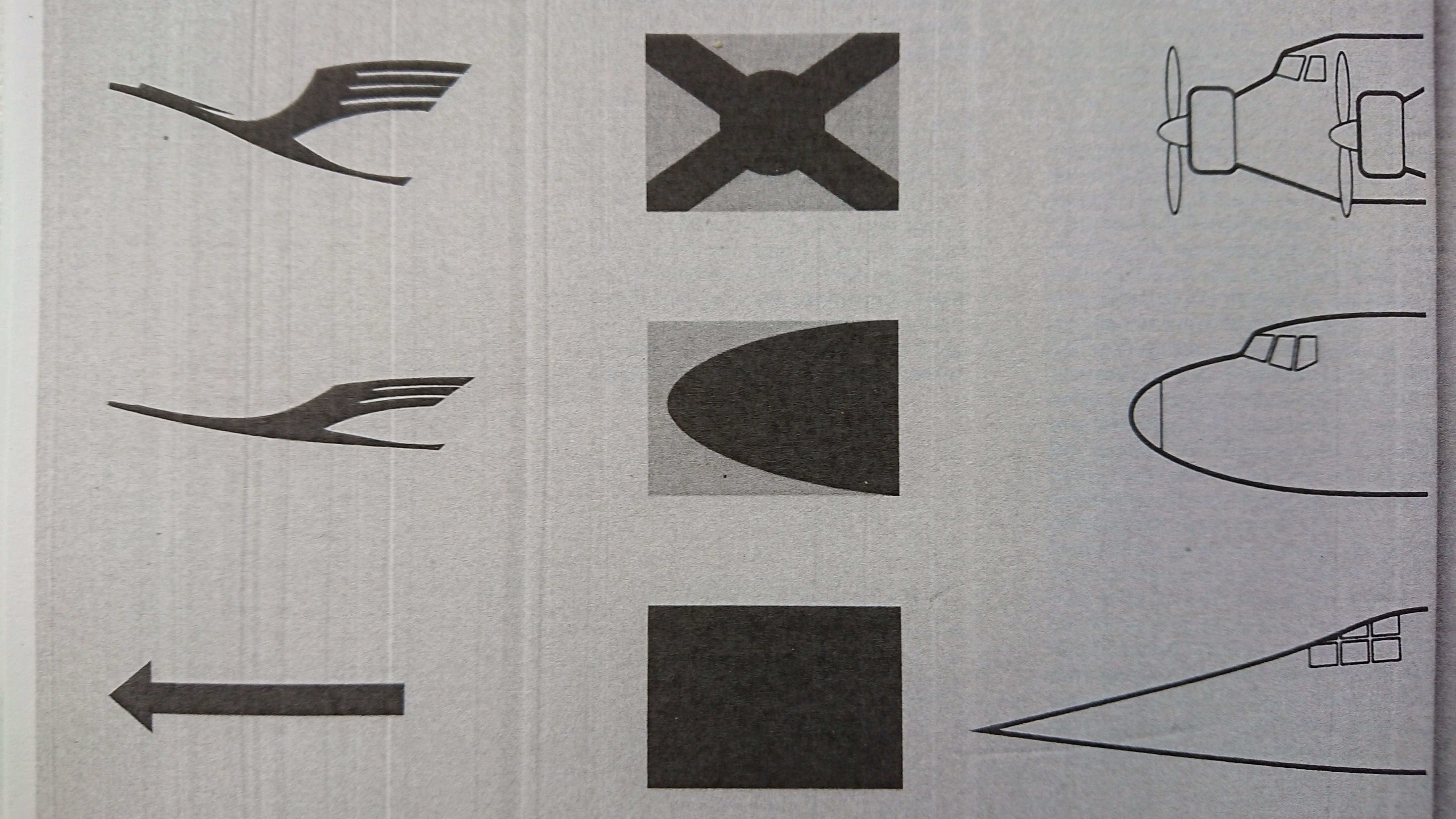 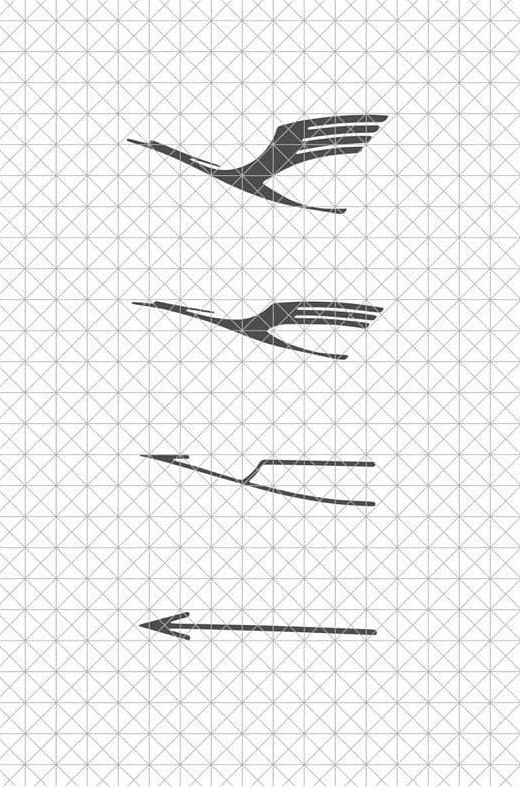 The designer Holger Jacobs commented interestingly on these sketches in 2011: “I was surprised when I saw the first draft of the corporate manual in which [Aicher] proposed a gradual evolution, with the iconic crane ultimately to be replaced by a simple arrow representing supersonic flight. Stage two of this transition features a very skinny crane, and in stage three the poor bird is stripped down even further, literally to the bone.”

And here, the deconstruction of the crane by Aicher from naturalistic physiology to abstract aerodynamism in a graphic design study surprisingly echoes the method that Etienne Jules Marey developed in his graphic study of birds’ movement. In both cases it is about synthesization. 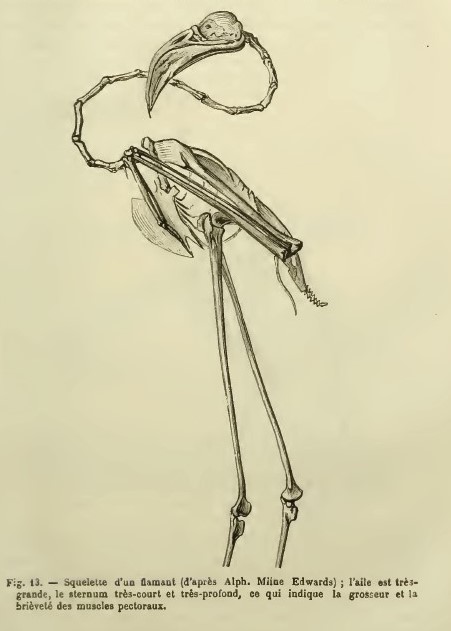 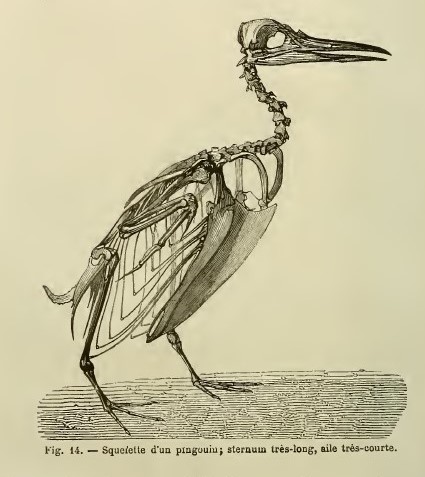 Marey reduces his birds to skeletons in order to understand the physiological condition of their movement.

Marey also reduced the wing movement of birds in free flight to a graphic line: another way to represent the bird’s physiology. The line contains the pigeon just as Aicher’s abstract lines still contain the crane. 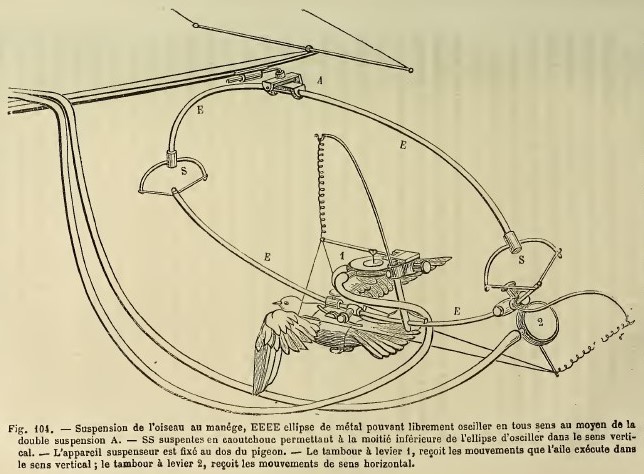 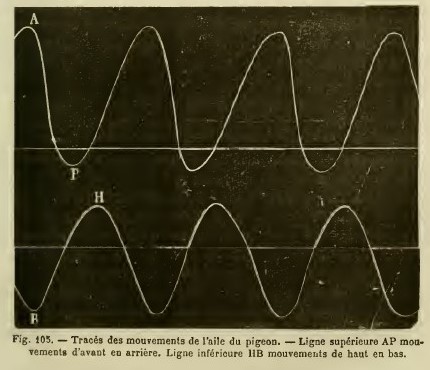 In another graphic design, Marey adds an arrow, which serves as a temporal unidirectional vector to express the physiological dynamic of the flying birds. Marey even put a feather on the top of his arrow, the last thing remaining of what used to be a bird. 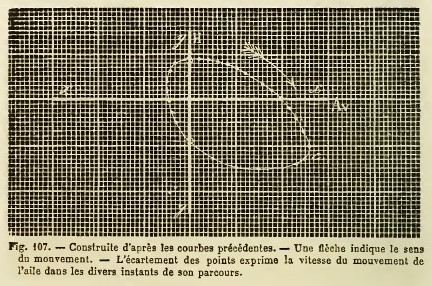 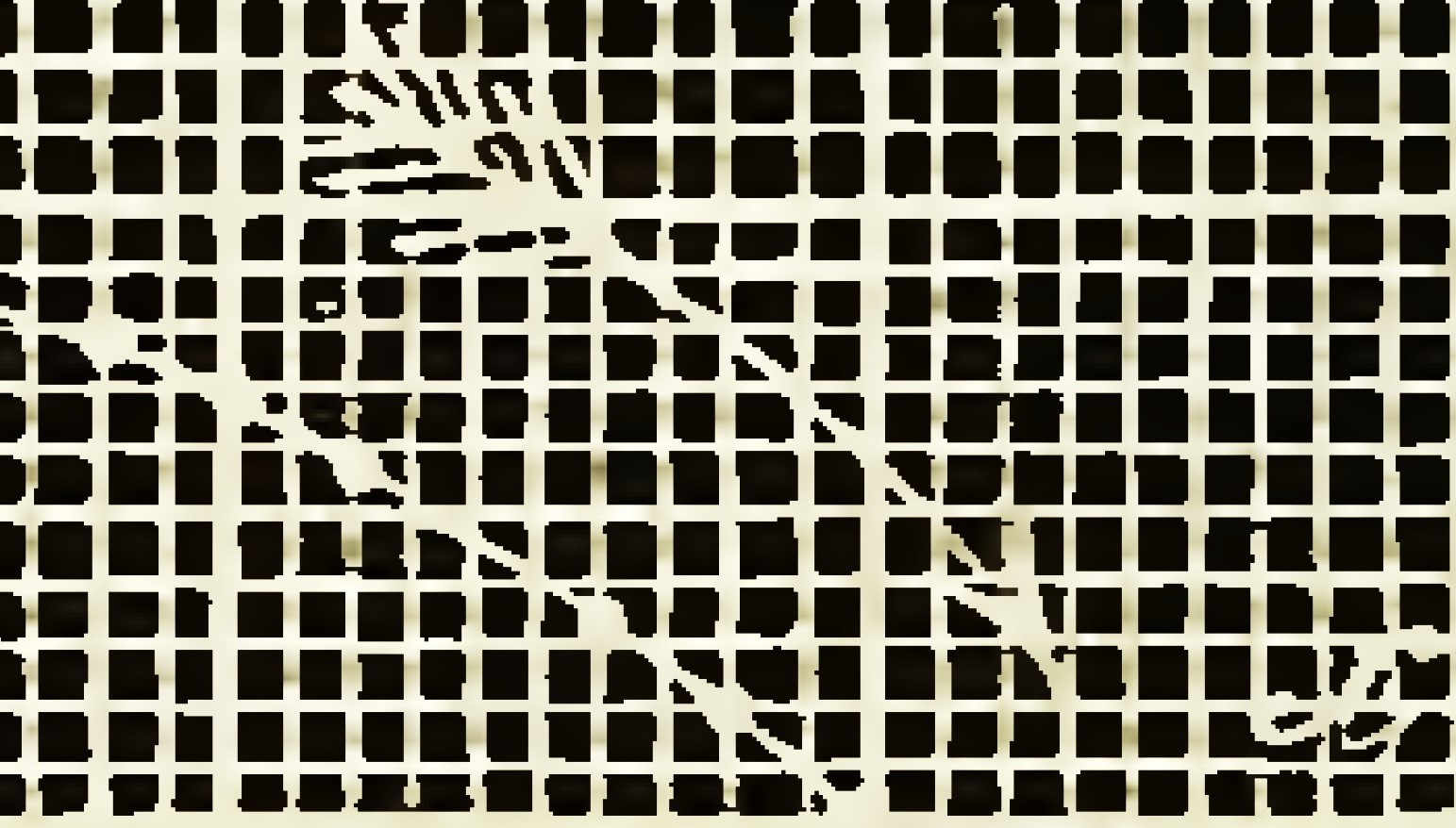 This is also emphasized in Marey’s usage of his “fusil photographique”: to test the accuracy of his technique that he used to photograph birds in flight, Marey chrono-photographed the rotation of an arrow spinning at four rounds per second. 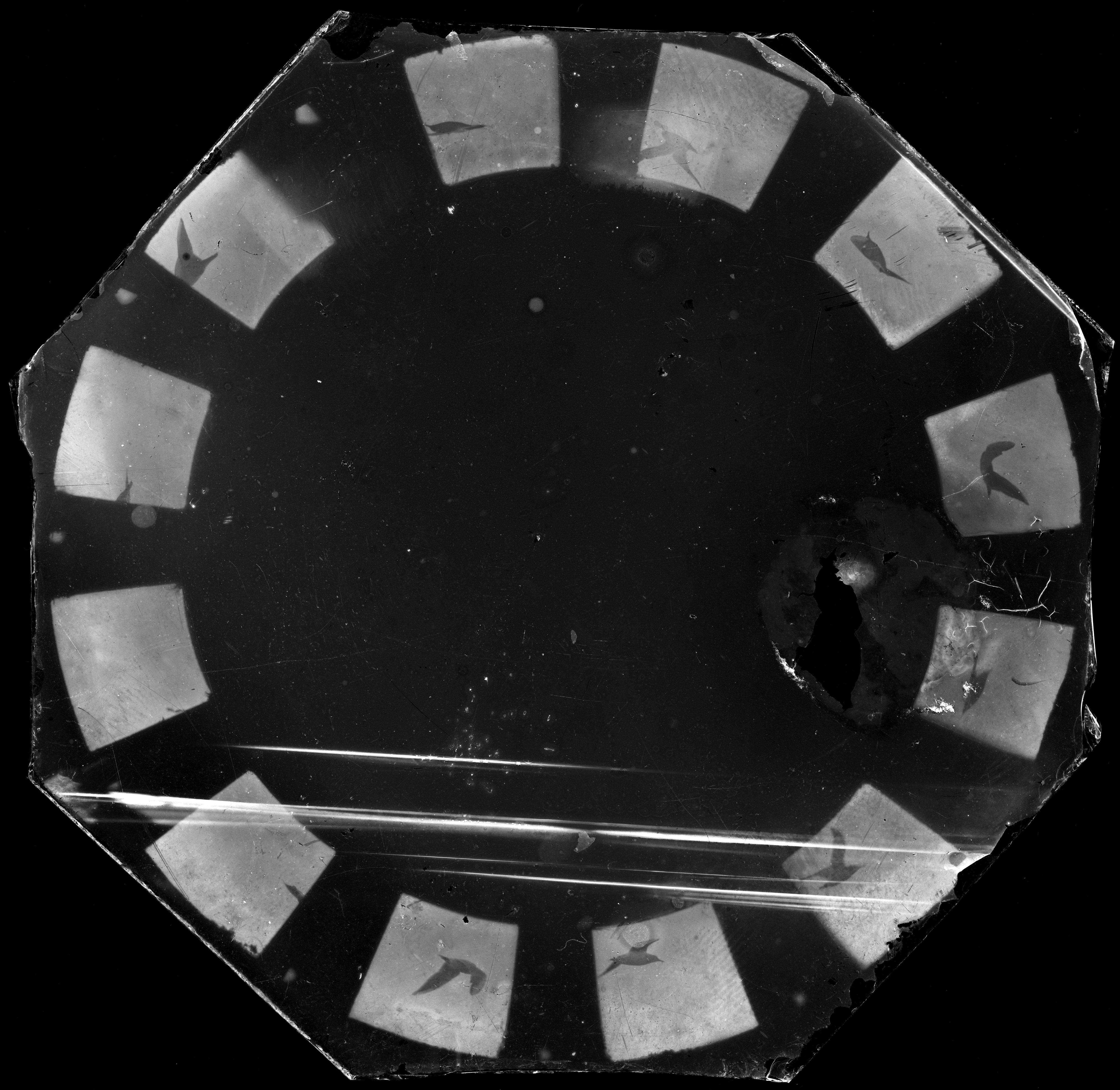 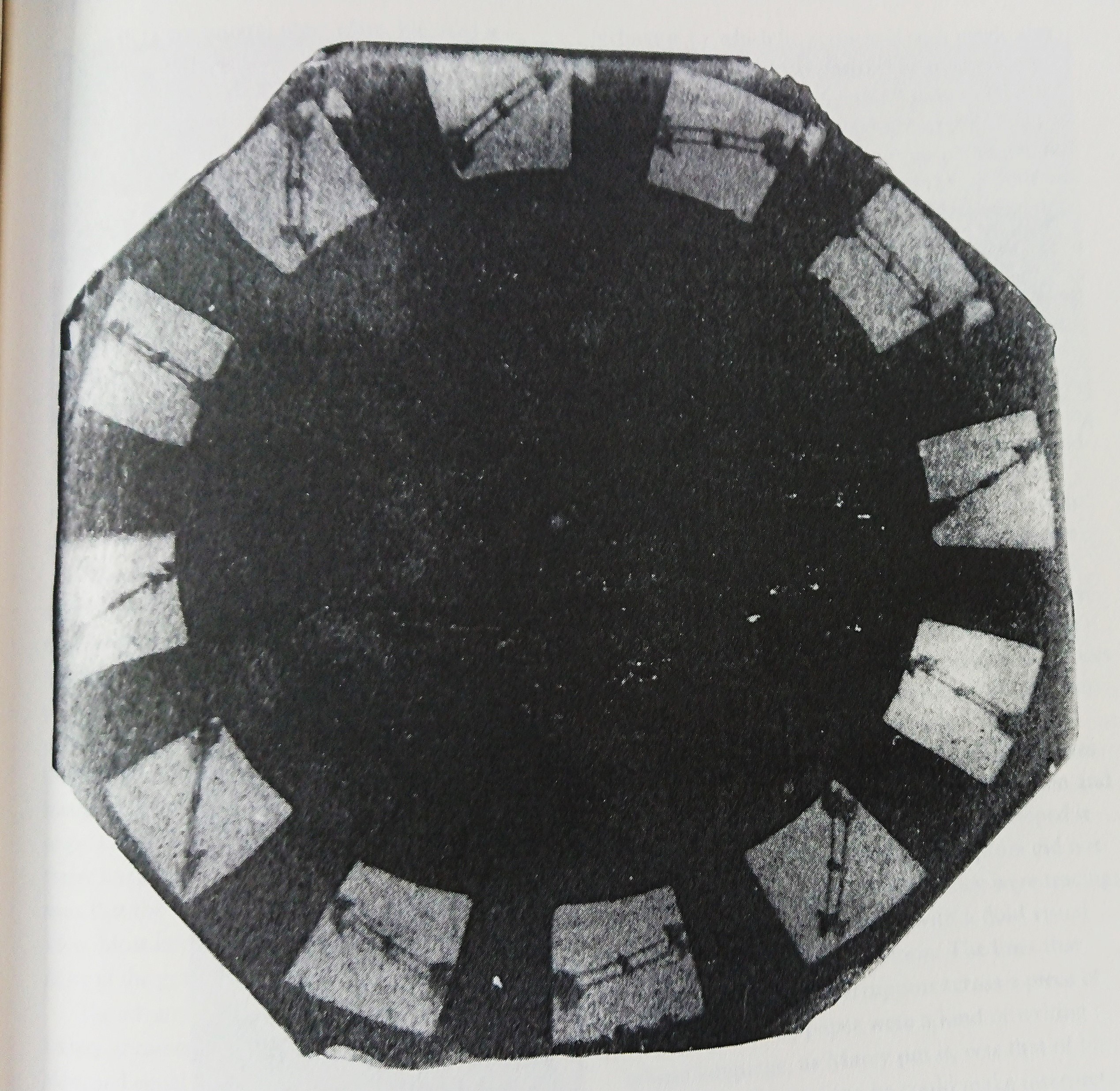 Here again, the arrow substitutes for the bird. In both cases, it is all about the synthesis of bird physiology into pure movement.

To conclude briefly, what is at play in Lufthansa’s logo is a convergence of multiple temporalities whose arrows are sometimes pointing in opposite directions. While graphic design needs to “keep up with the times” and adapt itself to the surrounding media world, a good graphic design should be able to last centuries without becoming “outmoded.” The crane is a very good example of these conflicting temporalities. What should be done with it then? Keep it as it is forever, or modify it radically? The last part has shown that substantial modifications can be made within a logo while changing almost nothing in it. The force of the crane’s design is that it successfully extracts the very essence of the movement of the birds in flight while merging it with what makes the aerodynamics of planes, from representational forms to abstract forms. The crane is constantly pointing to where it is going, spatially but temporally as well. Forward. It is not about keeping up with times, nor about being atemporal–not about riding the arrow of time nor being outside of it. It is about being what drives the changes, being this very arrow of time.

Antoine Prévost-Balga is a PhD candidate in film and media studies at Goethe Universität, Frankfurt-am-Main and Université Sorbonne Nouvelle--Paris 3. He is a member of the research collective Configurations of Film and a lecturer in the cinema and audiovisual studies department at Université Paris 3.