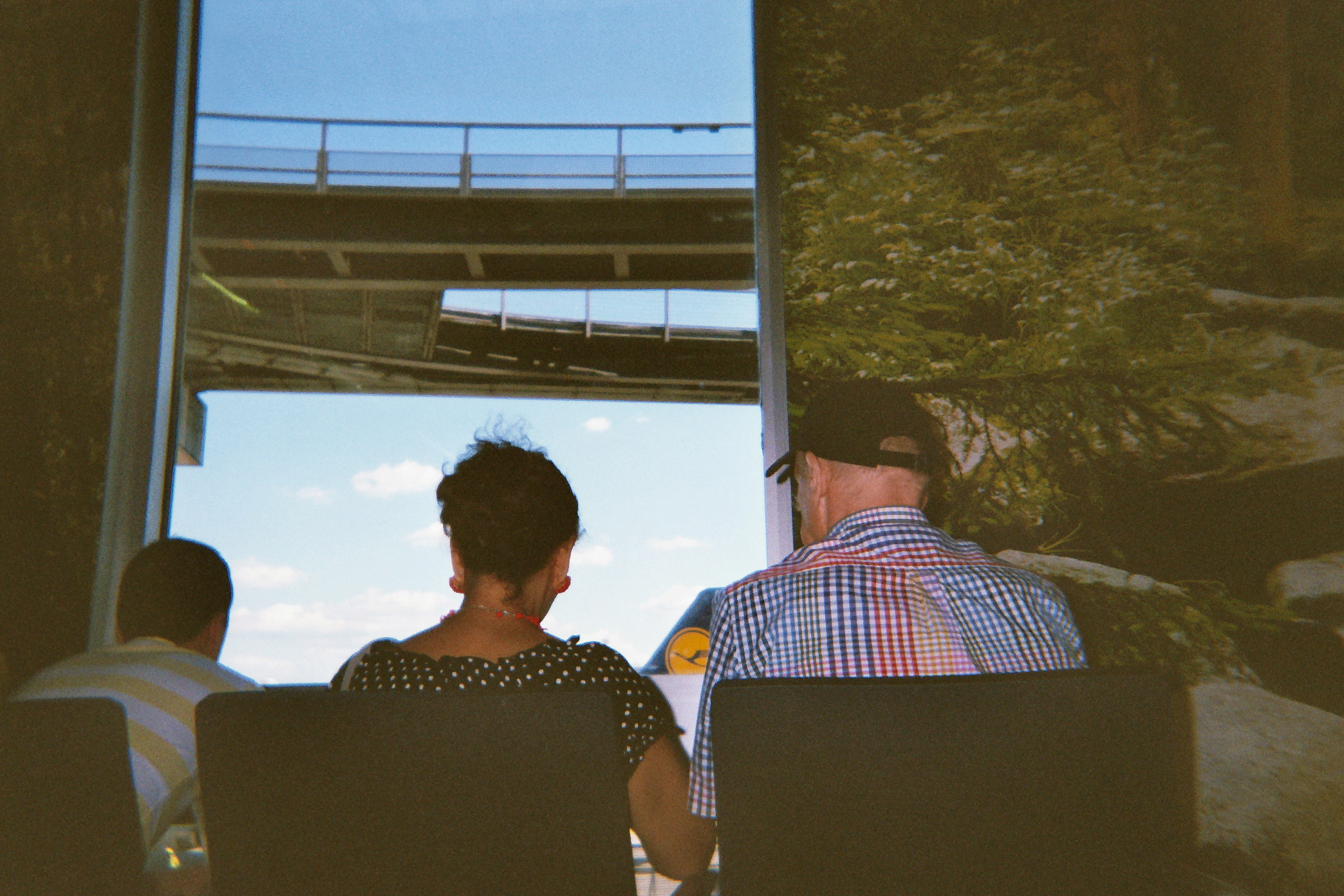 Consider the many airport terminals that are under construction right now all across the globe. Imagine for a moment that they are not pieces of infrastructure with a yet-to-come opening date but monuments of the future past, their lounges already converted into open-plan playgrounds for high-tech startups, poké bowls traveling along the conveyor belts of the baggage claim, running sushi-style; the air traffic control tower consists of luxury condominiums with an enticing circular floor plan, boasting unparalleled views across the main runway, which has been made arable to support organic urban farming. Given that opening dates are always doubtful, it is not far-fetched to assume that Terminal 3 at Frankfurt Airport, which is under construction right now and is planned to open in 2023, might simply skip one stage of its life cycle, going straight from construction site to adaptive reuse.

The Federal Aviation Administration (FAA) has coined the term “pacing airport“ to describe airports that have “a high volume of traffic” and where “the traffic volume frequently exceeds the operational capacity of the airport.” These logistical pacemakers then regulate “the flow of traffic through the NAS (National Airspace System) as a whole” (620).

Just as the realities of industrial shipping are now a conceptual reservoir for the remodeling of urban waterfronts, global air travel will become, at some point, a distant past we fantasize about. “It’s hard to imagine,” one can already hear people saying, “all these people going places.” Consider the following texts not as vignettes of contemporary lifestyles, but as historical documents with an undetermined and uncertain date stamp.

You can go to the airport without the intention of ever catching a flight, mixing in with its traffic and busyness. Traffic, in this case, not only refers to the delegation of inbound planes and anxious passengers, but also designates the flow of data and imagery along the complicated visual marketing grids of the airport: the operator company FRAport AG secures the greatest possible exploitation of attention spans by deploying several individually-configured “networks.” These networks (or omni-channels in FRAport’s nomenclature) consist of strategically placed screens of different sizes on which travelers moving along what FRAport calls the “Airport Customer Journey” (Frankfurt Airport Media 2010) are exposed to very short clips. Operating on the assumption that international travelers have some dispensable income, the customer journey presents them with short clips of high-end products, shiny Rimowa suitcases or floating images of barrel-aged Hennessy, all of which are conveniently available to purchase duty-free in various stores.

Like every journey, this one can be arduous. As some of the articles in this dossier on Frankfurt Airport will show, the traveler needs to pay special attention. She must protect both her perceptive faculties and individual body parts, such as the neck, from strain.

Being paced is a feeling deeply connected to the airport experience. One moves at different speeds, ranging from hurried, to strolling, to static. Pacing happens in front of departure gates, in front of the abyssal gigantism of duty-free Toblerone, in front of huge windows, watching the machinery and maintenance crews doing their thing on the forefield. Pacing compartmentalizes the airport into different time zones, sections, areas of consumption, relaxation, waiting, boredom. It is both cause and effect. The fantasy of the airport is one in which people and things are always on time, so a steady flow of movement is not only possible but necessary. In reality, you are either too late, and have to rely on the moving walkways to provide extra acceleration, or too early, in which case an HD-commercial-video screen provides a diversion–even if what you see is just a commercial for an even better screen, available for purchase somewhere (but not here).

In a three-day event titled “Pacing FRAport,” we concerned ourselves with the question of how the airport, as a complex configuration of moving images and moving bodies, can be addressed, analyzed, and made productive for cinema and film studies. Moving images have long left the cinema, this much is clear. At the airport they were as abundant as feet. Could pacing be understood as a method for doing film and media studies in situ?

The texts that are bundled in this edition of Periscope were produced and presented in the context of an exploratory workshop conceived and organized by Marie Sophie Beckmann, Rebecca Puchta, and Philipp Röding, PhD candidates in the Graduiertenkolleg Configurations of Film at the Goethe University, Frankfurt. “Pacing FRAport” was the closing event of a three-part event series framed as “laboratories,” which took place November 28th to 30th, 2018.

Marie Sophie Beckmann is a PhD candidate in the Graduiertenkolleg Configurations of Film at the Goethe University, Frankfurt. She received her BA in media and cultural studies at the University of Düsseldorf and completed the MA program Curatorial Studies—Theory—History— Criticism at the Goethe University and the Städelschule, Staatliche Hochschule für Bildende Künste, Frankfurt (Academy of Fine Arts). As a writer and independent curator, Marie Sophie Beckmann focuses on contemporary film, video art, and feminist art practices.

Rebecca Puchta has been a PhD candidate in the Graduiertenkolleg Configurations of Film at the Goethe University, Frankfurt since 2017. She studied literary studies and economics as well as law and social science at University of Erfurt; she also studied European culture in Constance and New Delhi. She is affiliated with the research group Media and Participation, based in Constance. In her research she is particularly interested in documentary and governmentality studies.

Philipp Röding is a PhD candidate in the Graduiertenkolleg Configurations of Film. He studied theater, film, and media studies at the University of Vienna; Goethe University, Frankfurt; and the University of Illinois at Urbana-Champaign. His first novel about the proceedings of a dysfunctional suicide hotline was published in 2017.