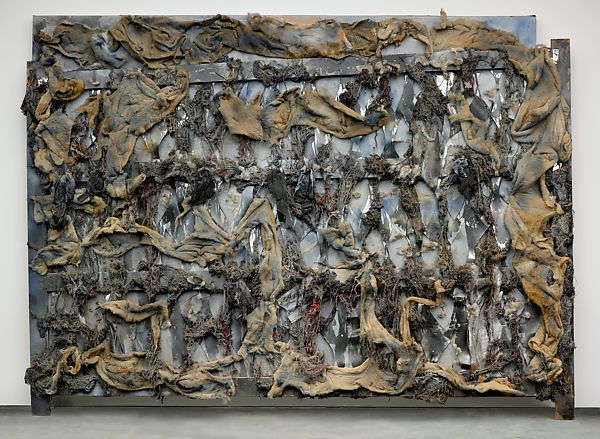 In the time of COVID, I do a lot of laundry. At first it was because I was finally still; no longer traveling so there was more time and a backlog of dirty clothes. Then, it was for other reasons. Partly, because I change my clothes a lot. This gives me a way to demarcate different segments of the day—something that is a challenge in a studio apartment. There were clothes to sleep in, clothes for work zoom, clothes for zoom yoga, clothes for grocery shopping, and evening lounging clothes. Despite not wearing anything for an especially long time, the clothes also need to be washed more frequently. This is because of all of the sweating.

I wake up soaked and come back from walks with undershirts stuck to me. The night sweats—fever or anxiety? The day sweats—generally reduced exercise capacity, COVID-induced hypoxia; more anxiety? Someone called it Schrodinger’s disease: you must act like you have it and like you don’t. This uncertainty, too, producing spirals of anxiety and sweat. Status unknown though likely; but, still, the sweat on my clothes offers a material remainder of the prevailing affects—anxiety and terror. It is a tangible reminder of what life feels like now; illustrative of the fundamental porosity of bodies. The virus, itself, does this too, but whereas its DNA works to produce more and more copies of itself—transforming cells into virus factories while obliterating their original functions—sweat speaks more fundamentally to enmeshment. Even in a time of physical distancing, we are embedded in multiple ecologies.

Some of the anxiety is personal, related to a conception of individual threat. When someone outside starts to get too close (for example), I can feel it in the back of my neck. Grocery shopping makes my armpits sting. These are signs of a “fight or flight response:” stress hormones—adrenaline and cortisol—course through the body, activating the apocrine glands, which release a blend of fats, oils, and water that bacteria on the skin’s surface, in turn, eat. The pungent odors are a by-product of these cycles. Here, psychology and metabolism are inextricable and the limits of the self, already perceived to be under threat, are rendered laughable. But, sweat is also my pandemic residue in that it links me to larger communities of blackness in this moment and in the past. So many different forms of structural racism go a long way toward explaining why the coronavirus disproportionately affects black people and other people of color who have been marginalized in food deserts, health care deserts, air pollution hot spots, and are geographically distant from their jobs, which are still essential. These are not my particular circumstances, which means that facing the same virus offers connection, guilt, and estrangement—what, aside from donating money, can I do in the immediate face of yet another moment of racial violence and mass death? This is anxiety as existential dread; it is anxiety that activates specters of black death, possibilities of black love and care, and knowledge of black forms of survival. This enmeshment is part of what it is to “consent not to be a single being.”

Sweat is also a byproduct of breath. Breathing is the first part of respiration; it brings oxygen into the body where it ends up producing energy, carbon dioxide, and water (sweat). There is, then, the bitter irony of yet another mode of choking off air supply circulating within black communities that makes “I can’t breathe,” resonate in other ways. Breath has become an important frame for thinking about the possibility of black life, particularly in the aftermath of Eric Garner’s 2014 death at the hands of police. His last words, “I can’t breathe,” famously reference the chokehold being used to restrain him. Since then, especially after a grand jury refused to bring criminal charges against the white officer who killed him, the refrain has become a way to describe anti-blackness. Christina Sharpe references the incident as but one of an endlessly repeating series of incidents that accumulate as an oppressive atmosphere, what she calls the weather: “In my text, the weather is the totality of our environments; the weather is the total climate; and that climate is antiblack” (75). Later, Sharpe works through the term aspiration, another synonym of sorts, in order to ponder the possibility of survival for black people under these conditions. Survival means allowing for the intake of air; in part it means caring through the multigenerational trauma of the transatlantic slave trade, but it also means fusing breath with something else: “Aspiration here, doubles […] To the necessity of breath, to breathing space, to the breathtaking spaces in the wake in which we live; and to the ways we respond, “with wonder and admiration, you are still alive, like hydrogen, like oxygen” (109). What Sharpe points toward is the affective excess that accompanies survival. It is the place where one might put begin to see beyond the mere conditions of being toward thriving. Since it is surplus, it requires the surplus of breath—the energy that it provides—in order to make this something else real. In some ways, this is the landscape that I describe in relation to brown jouissance in that it creates beings in its excess even as it remains moored to an ethos of survival.

Ashon Crawley, too, cites Eric Garner as a way to think about the multiple types of violence that engulf blackness. It is not just the (endlessly repeating) legacy to which he refers, but a logic that continues to attempt to suffocate and eradicate in multiple permutations. Thus, this statement becomes a call for abolition and a way to approach breathing anew: “‘I can’t breathe’ charges us to do something, to perform, to produce otherwise than what we have. We are charged to end, to produce abolition against, the episteme that produced for us current iterations of categorical designations of racial hierarchies, class stratifications, gender binaries, mind- body splits” (1).  In this space that circulates around breath; both Crawley and Sharpe point us toward the excess that circulates around breathing. This is what I call the energetic because it reminds us of the connection between breath, respiration, and sweat.

Sweat inflects breath and breathing in other ways. Not only because it introduces smell but because it points us toward the mechanisms of metabolism. This is to say that respiration is intimately connected with the body’s materiality, which is not static but part of ever-changing ecologies. In response to the anti-black violence that accompanied civil rights struggles of the 1960s, Audre Lorde wrote, “One of the most basic Black survival skills is the ability to change, to metabolize experience, good or ill, into something that is useful, lasting, effective” (137). It is unclear what forms survival will take, but I know that my sweaty clothes are testament to being in the midst of an event even when the outcome is uncertain. They index complex forms of affective connection and the persistence of metabolism and transformation. Because I can breathe, I sweat.