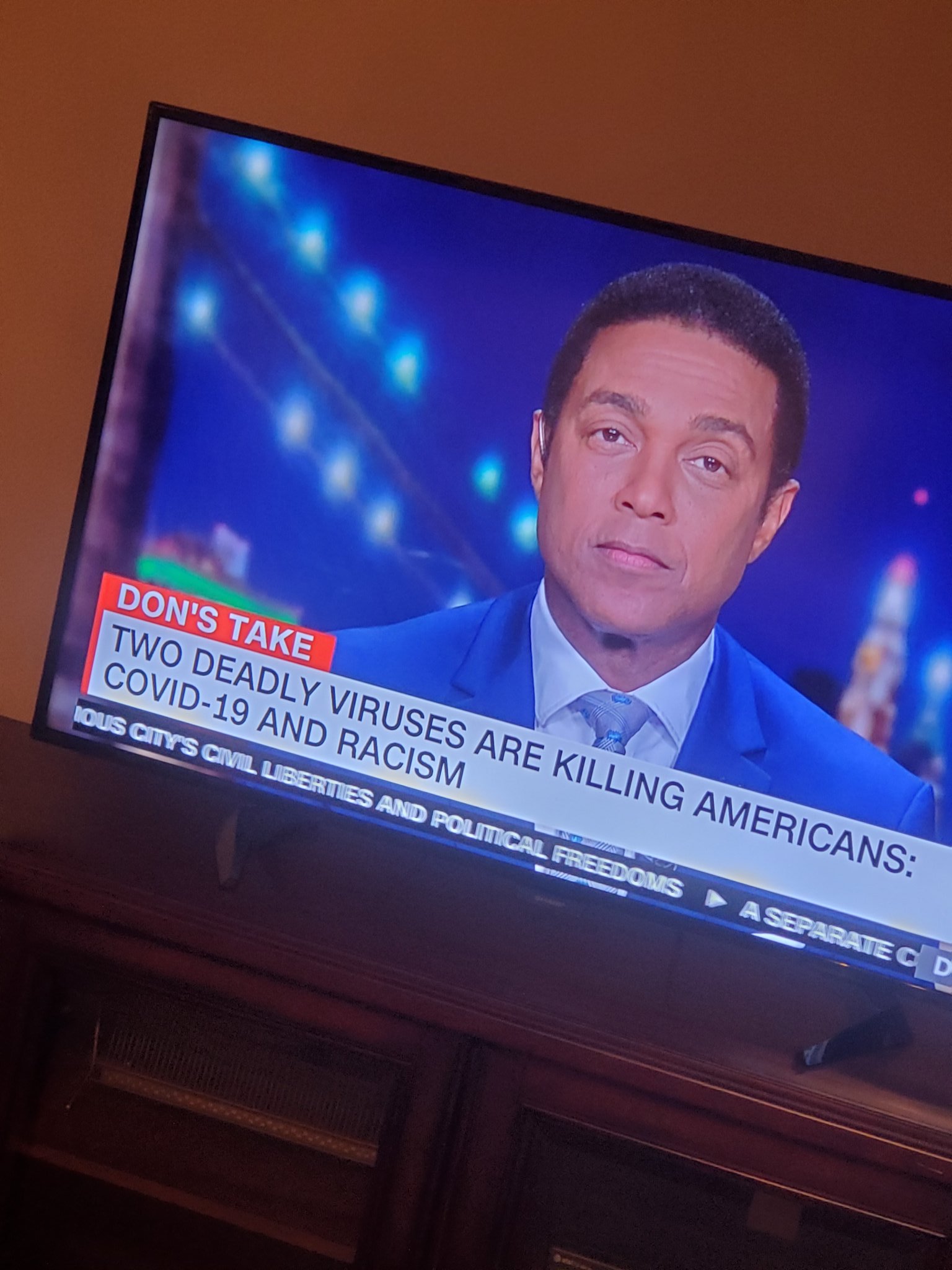 The murder of George Floyd at the height of a global pandemic has provided anti-racist rhetoric with an unexpected but virulent new metaphor. A lawyer for George Floyd said that a pandemic of racism killed his client. The president of the American Psychological Association, warning against the mental health effects of racism, has recently made a similar declaration. An editorial claims that “the emotional toll of this virus is compounded by the pandemic of racism.” And George Clooney, for his part, has echoed the sentiment. Racism, he says, “infects all of us, and in 400 years we’ve yet to find a vaccine.”

In many ways it is an apt metaphor: like a virus, racism can be ambient in an environment. It endangers the lives of those who are subject to it. And, of course, their effects are intertwined, as black people have suffered and died disproportionately from the pandemic. In many ways, however, it is not an apt metaphor. The language of sickness risks naturalizing racism as an ambient, societal dis-ease rather than a moral failing on the part of individuals and institutions. Though it may be rhetorically potent, incorporating racism under the domain of virology obscures the historical and political bases of both racism and viruses. The new myth of racism (that it is a virus) reminds me of what Barthes says ideology does: it finds a rationale for historically contingent exercises of political power in the putatively natural processes of history and biology. Ideology robs nature of its historicity as much as it lends history the inexorability of natural process.

In a 1971 essay, Roland Barthes had the opportunity to think about whether the demystifying project of Mythologies had had any political efficacy. Is it enough for the cultural critic to unpack loaded metaphors in political or everyday language?  In Mythologies, he had staked political transformation on the cultural critic’s ability to draw attention to the places where the bourgeois subject, and his institutions, worked to render “natural” that which was political through and through. To take just one example, Barthes critiques an exhibition in Paris which re-produces the habits of the French, bourgeois, nuclear family in representations from around the world. In this way, a historically contingent form gives itself the constant alibi of a natural or universal organization. This broad political project, taking objects at every level of social life, was clearly fused in Barthes’s mind with a politics of anti-racist activity:

This myth of the human “condition” rests on a very old mystification, which always consists in placing Nature at the bottom of History. Any classic humanism postulates that in scratching the history of men a little, the relativity of their institutions or the superficial diversity of their skins (but why not ask the parents of Emmet Till, the young Negro assassinated by the Whites what they think of The Great Family of Man?), one very quickly reaches the solid rock of a universal human nature. Progressive humanism, on the contrary, must always remember to reverse the terms of this very old imposture, constantly to scour nature, its ‘laws’ and its ‘limits’ in order to discover History there, and at last to establish Nature itself as historical.

Today, we are now seeing an unprecedented naturalization of historically contingent fact. The pandemic has afforded anti-racist discourse a surfeit of metaphors, from mass-manufactured masks which claim that “racism is the real virus” to the recent words of a Mississippi official, who said, “Til we name this virus, this disease that has infected America for the past 400 years, we will never ever resolve this issue.’”

Now, as before during the AIDS crisis, the language of natural science and the traditionally moral domain of political discourse are swapping places, in productive as well as obscurantist ways. In some years, we may be in a position to look back and judge that the rhetorical appeal to the public health effects of racism was discursively sensitive and politically efficacious. However, in the short term, we must understand that those who have responded negatively to these metaphors might share in Barthes’s “feeling of impatience at the sight of the ‘naturalness’ with which newspapers, art and common sense constantly dress up a reality which, even though it is the one we live in, is undoubtedly determined by history.” Indeed, what Barthes was privy to was that these naturalizations can serve a variety of interests, often insinuating a larger and more damaging myth about the inevitability, centerlessness, and spontaneity of systems of oppression even when, at the “surface” of the message, they mean to critique them.

Before the George Floyd protests, the metaphor of disease had proven irresistible to every rung of publishing, from the tabloids to the major newspapers. On the BBC, conscientious internet users are reminded of the ways they can “stop the spread” of misinformation in a convenient apposition with information about handwashing. The discourse of hygiene invades every level of political life. Headlines like “How to Contain the Disinformation Virus” and “The Other Pandemic: Misinformation…” can be seen with their variants on websites with interests and ideological stances as diverse as the RAND Corporation and the New York Times. Though organizations like the WHO and the UN have conscientiously warned the world about the dangers of COVID-19 misinformation, they each propagate the larger, and more structural myth which naturalizes misinformation as an “infodemic.” The elision depoliticizes the phenomenon, erasing the competing interests behind the circulation of misinformation. The elision is not an innocent one, suffusing the term “pandemic” with misinformation’s intentionality as much grants “misinformation” the status of a natural hazard. No wonder, then, that the bulk of the myths that these organizations debunk suggests that people believe coronavirus to be man-made.

Now, it would seem that the murder of George Floyd has allowed media outlets—always on the lookout for a pun—to adapt its new favorite metaphor to the matter of racism. CNN’s headline runs: “From Pandemic to Pandemonium,” as if the two phenomena rise and fall with their coincident sounds. This punning is deeply insensitive to the frustrations of Black Americans and their ambitions to change the real, entrenched, but non-inevitable situation in which they find themselves. What’s more, though evocative, it risks conflating two phenomena neither of which is devoid of material causes, signaling the weakness, in both cases, of metaphorical language as political speech.

Despite the haste with which language-sensitive cultural critics called out the war metaphors in coronavirus coverage, many have been content to argue that we simply need other, better metaphors. There is, however, no innocent metaphor, no metaphor that does not in some sense displace political language. Myth, Barthes writes, is “depoliticized speech,” and, insofar as each new metaphor is in some sense a mythologization of the phenomenon it describes, the various attempts to rouse public action against coronavirus amount to nothing short of what his book Mythologies warned against: the erasure of History by reference to the falsely natural.

Though drawing on the rhetorical language around COVID-19 may prove useful for anti-racist protestors, it does so at the risk of equating two phenomena which, though united by political failures, are significantly different. This danger is built into the use of metaphor as political speech. There can be no progressive myth, Barthes argues, when the function of myth is to naturalize, by a substitution of a natural for a political phenomenon, the status quo. Susan Sontag, writing originally about tuberculosis and cancer, and later about AIDS, gave Barthes’s insight about discourse a distinctly moral inflection: “My point, “ she writes, “is that illness is not a metaphor, and that the most truthful way of regarding illness—and the healthiest way of being ill—is one most purified of, most resistant to, metaphoric thinking.”

What I find much more invigorating than the sterile metaphor, which appeals only to the bad conscience of a totally managed society to approach racism as a matter of public health, is the far more irascible speech one finds among those rioting, who are notably not speaking the language of officialdom, not speaking the language of newspaper headlines, but rather drawing on the rich and spontaneous lexicon of protest. What Barthes realized, looking back on his own myth-busting work, is that it is not enough to call out others’ metaphors, not enough to point out when language does ideological work.

Instead, the conventions by which political language signifies must be attacked wholesale. Language must be constantly renewed. The task is “no longer merely to reverse (or to correct) the mythic message, putting it right side up, with denotation at the bottom and connotation at the top, nature on the surface and class interest deep down, but to change the object itself, to engender a new object, [a] point of departure….” To the many white critics trying to learn and vocalize means of “non-optical” allyship in these days, I would tentatively add this Barthesian groundwork for an allyship that is non-verbal. As Barthes realized, the processes by which we would become the police of signification need to come down alongside systems of political oppression. But so too, do a thousand dead metaphors.

Will Hall is a PhD student in English Literature at the University of Cambridge. He is also an assistant lecturer at the New College for the Humanities, London. His thesis, "Prose Rhythm and Queer Desire," examines the work of several late nineteenth-century writers, including G.M. Hopkins, J.A. Symonds, and Richard Burton. He is also a poet, with recent work appearing in Molly Bloom, Tears in the Fence, and Blackbox Manifold.