Skip to content
From: Work and Idleness in the Age of the Great Recession
By   alex wescott March 29, 2013 Tags Andrew Ross, Great Recession, labor, occupy, Studs Terkel, the proletariat 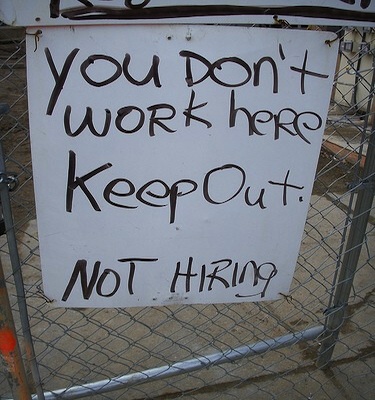 This book, being about work, is, by its very nature, about violence–to the spirit as well as to the body. It is about ulcers as well as accidents, about shouting matches as well as fistfights, about nervous breakdowns as well as kicking the dog around. It is, above all (or beneath all), about daily humiliations. To survive the day is triumph enough for the walking wounded among the great many of us.

Refusing the valorizing impulse that so often characterizes American perspectives and discussions of work, this rather dour opening passage from Studs Terkel’s Working serves as a reminder of our quotidian relationship to labor. While many Americans may often find themselves declaring their love and passion for work, Terkel’s observations seem far more in line with our everyday experiences and feelings; after all, while some of us may have the privilege of “enjoying what we do,” even in these cases we may find ourselves complaining more than celebrating, feeling exhausted more often than energized, miserable more often than appreciative. This idea, that we should appreciate what we have — that we have a job at all — is, of course, valid in the sense that at any given time in the history of American capitalism, and no more so than during the hard times of economic recession, there are those who cannot find work and therefore are unable to “make a living.”

Yet the idea that employment is a privilege, and that it is “what we do” and how we “make our livings,” reveals the limits of our conceptual frameworks regarding work under capitalism. After all, as Andrew Ross notes, “Today’s livelihoods are pursued on economic ground that shifts rapidly underfoot, and many of our old assumptions about how people can make a living are outdated pieties” in these precarious times (Ross 2009). This special issue of Periscope on “Work and Idleness in the Age of the Great Recession,” reconsiders our sense of what qualifies as work or idleness when there is little or no work to be had. The role idleness might play in our lives, and in our collective imaginaries, may strike some as unthinkable or even irresponsible when so much suffering and uncertainty has been triggered by high unemployment rates. Recent “right to work” legislation and rhetoric, primarily used by conservative politicians and pundits to reduce workers’ rights while espousing work as a fundamental (if not human) virtue — or as Ronald Reagan once put it, “We’ve rediscovered that work is good in and of itself, that it ennobles us to create and contribute no matter how seemingly humble our jobs” — should give us pause.

Earlier writers such as Paul Lafargue, Oscar Wilde, and Walter Benjamin, to name a few, saw the radical potential of idleness (or laziness) as an oppositional stance; a counter-gesture to the exploitation and alienation of work and the increasing speed and efficiency of life that became the hallmark of modernity. Lafargue’s critique of the Right to Work in his 1880 anti-work manifesto, The Right To Be Lazy, reveals the ways in which (even on the Left) the insistence for the Right to Work in a capitalist society serves only to reify the logics of capitalism itself, and reflects “a proletariat corrupted by capitalist ethics.” As an alternative, he offers the Right to Laziness, and insists that the proletariat take for itself the privileges enjoyed by the bourgeoisie, not in the form of extended leisure time but laziness as a form of play that lies outside of the labor-leisure dyad. In the midst of the Great Recession, tremendous media attention has focused on college graduates moving back home and turning down entry-level jobs, which has too often been characterized as a response borne of entitlement rather than a reaction to the empty guarantees made by everyone from teachers and parents to politicians and pundits that a college education would lead to a “good job.” In addition, we have by now all heard of the so-called “discouraged worker effect,” a term used to characterize those who “fear” returning to work after having been laid-off and lived through extended periods of unemployment.

Amidst skyrocketing jobless numbers, “right to work” legislation, and attacks against the extension of unemployment benefits, we are witnessing the revitalization of an anti-slacker discourse, particularly on the Right, to describe everyone from the unemployed to Occupy protestors to “ordinary” Americans (Mitt Romney’s 47%), as parasitic moochers who have become a burden on “hard working” Americans. One such incident saw photocopies reading “WE ARE THE 1% PAYING FOR THIS” thrown from windows of the Chicago Board of Trade building on the 99% occupying the streets below. Ross states that “It is no surprise, then, to hear laments for the bygone world of relatively stable ‘standard employment’ in the core industries and service sectors that characterized the Fordist era in industrialized nations… Yet, however sentimentalized, and however unequally shared its benefits really were, that was no mythical landscape, and there are good reasons why the lived experience of it as a lost utopia still resides within the living memory.” As I argue at the conclusion of my contribution to this issue, such backward looking utopianism is a pragmatic worldview that reflects Lauren Berlant’s formulation of a temporality of national restoration. She writes, “To effect [the] restoration of the imagined nation, the American ex-icon denigrates the political present tense and incites nostalgia for the national world of its iconicity, setting up that lost world as a utopian horizon of political aspiration” (Berlant 1997). Too often, we search not for new alternatives that would break us out of capitalism’s supposedly “natural” cycles of growth and recession, but long for “alternatives” in the form of a return to Keynesianism amidst the failures of neoliberal capitalism, even if Keynes’s never realized promise of a fifteen hour work week might appeal to the idlers among us.

Rather than defending our work ethic and discipline, this special issue explores instead the possibilities that open up when we re-imagine our relationship to work and idleness. Contributions to this issue take up the topics of work and idleness in their various forms — the affective, the intellectual, the creative, and the kinetic — and focus on contemporary crises while returning us to previous historical moments of economic emergency as a means of reflecting and elaborating upon our current age of the Great Recession. Elizabeth Freeman and Peter Coviello use Walt Whitman’s 1855 poem “A Song For Occupations” as the entry point and means for developing an alternative hermeneutics to understand “occupation” in its various forms, and to understand the Occupy Movement itself “as a set of unsolidified and shifting aspirations in relation to a range of contemporary impasses.” In her reading of the current fascination with Downton Abbey, Karen Tongson reflects upon the appeal of that television show and its representations of the idle rich in the historical context of British imperial decline, and argues that Downton Abbey, as a “fantasy of structured idleness… offers comfort to those who have chosen to commit themselves to lives of creative ‘idleness’ in the context of a collapsing neoliberal economy replete with choices.” If imperial decline in the early 20th century provides the context for Downton Abbey‘s fantasy of structured idleness, the “waning of empire” in the late 20th century as discussed by John Andrews, marked a shift towards burnout, which he argues “was the emotional situation that surfaced in the fraught space between” the representation of “the economy” via Reaganomics “and the material reality it referenced” as “the antidote to a burnt-out economy.”

Jac Asher turns to Herman Melville’s “Bartleby, the Scrivener: A Story of Wall Street,” and examines that story’s representations of male, homosocial dependence to reflect upon and challenge notions of the “self-made man,” while simultaneously reading in Melville’s tale another scene of occupation that seemingly escapes comprehensibility, reflected in the contemporary question: “What does Occupy Wall Street want?” Moving from the homosocial dependence in “Bartleby” and Wall Street, to another figure of masculine dependence, the slacker, I turn to Back to the Future to explore a normative “politics of potential” that arose concomitantly with the rise of neoliberalism, and explore the pressures and anxieties produced by rigidly conventional articulations of “potential” which “promise” achievement and success through hard work.

Drawing on James Benning’s experimental film 20 Cigarettes, Genevieve Yue explores the ways in which the compensated smoke break and its decline are less a matter of public (or private) health concerns and more about the “fiscal aims that attempted to limit these multiple periods of non-productive time” in the workplace.

The anarcho-punk band Crass is the focus of Gregory Dobbins’s piece, exploring that band’s music and the rerelease of its recordings as part of his ruminations regarding the anarchist and punk refusal to work as well as anarcho-punk’s “completely contrary [positions] to the conventions of social propriety.”

Finally, Kathi Weeks’s essay which concludes this dossier “imagines non-work” in this age of “unemployment, underemployment, precariousness and overwork.” By refusing a system that reduces our “needs and passions” to “work” and “acquisition,” Weeks argues that our needs, as defined by consumer capitalism, which “demands that we work our lives away in order to live,” must be readjusted in order to make way for new ways of being and inhabiting the world that do not rely upon the limited options of “working and saving, producing and accumulating.”