Skip to content
From: Work and Idleness in the Age of the Great Recession
By   kathi weeks March 28, 2013 Tags asceticism, jobless recovery, Marx, productivity, proletariat, speculation 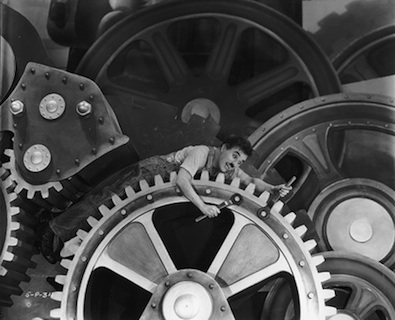 The concept of a “jobless recovery” offers just one more example of the many ways that work is not working as a system of income allocation, pathway to individual achievement, or mode of social belonging. And yet, the only solution we are offered by political and corporate leaders is more business as usual: austerity and job creation; tighten our belts and put our noses to the grindstone. Although there is no scarcity of possible reforms that could help us better to cope with the problems of unemployment, underemployment, precariousness and overwork in the contemporary economy — a shorter legal working day and a guaranteed basic income are two — the gospel of work and its central teaching, the work ethic, have so colonized our lives that it is difficult to conceive a life not centered on and subordinated to work.  What would we do with more non-work time and who would we be if we were not workers?

In some instances the only imagined existence of non-work is defined by sloth, as in the frequently voiced fear that if it were not for work there would be no reason to get out of bed or off the couch. If activity itself is so strictly identified with and reduced to work, then non-work is defined by its absence: pure indolence. In other cases, non-work is conceived not as work’s flip side but as its mirror image, as when it is described in terms of doing the same things for the same long hours we now do on the job or at home, but under different conditions: time for industrious creativity. A further option is leisure time. But that is too often conceived either in terms of activities that are intended to compensate for work or as time to recover from work, what Bob Black describes as a “managed time-disciplined safety-valve,” or “non-work for the sake of work.”[i] In the first case non-work is cast as unproductive, in the second it is posed as differently productive, and in the third it is figured as reproductive of the subject as a worker. Although they may appear to be categories of non-work, they do not escape the imaginary of productivity or the models of the subject that would deliver it. These notions of work’s refusal are still under the sway of its ethics.

In a section of the Economic and Philosophic Manuscripts of 1844 with the title “The Meaning of Human Requirements,”[ii] Marx offers some suggestive ideas about how we might begin to think about how to spend non-work time and produce post-work selves by casting non-work in terms of an expanding realm of needs. In his indictment of bourgeois political economy, Marx describes it as a moral doctrine parading as if it were value-free science, a “science of asceticism” that shapes the worker in accordance with its own moral ideal: “Self-denial, the denial of life and of all human needs, is its cardinal doctrine” (1978, 95). This is how these political economists make workers out of human beings: by reducing our needs — from needs for food and shelter, to needs for activity, pleasure and sociality — to a specific functional minimum.

Marx’s characterization of who we become as workers in this model of the work society include references to the impoverishment of our senses and “a dulled capacity for pleasure” (94). Our affective capacities and modes of sociality are equally diminished, since if we “want to be economical,” we should spare ourselves “all sharing of general interest, all sympathy, all trust, etc.” (96), leaving self-interest free rein. Becoming an economical subject means managing what today is referred to as our employability: according to this economic ethic, “you must make everything that is yours saleable, i.e., useful” (96).

The problem is not that we need and want too much, as those who preach the ethics of hard work and decry our “entitlement attitudes” would have it, but that we have too few needs and too little desire. Our needs and passions are reduced to two: one is for work, the other for  “acquisition.”  As Marx describes it, the only need cultivated rather than stunted by a capitalist economic system is the need for money (93): the need to earn it and spend it. “The worker may only have enough for him to want to live, and may only want to live in order to have [enough]” (96). We might imagine consumption as a reward for production and the enjoyment of new products as an escape from work, but consumption and production are only two sides of the same system. These needs for consumer gratification are the kinds of needs that drive us “to a fresh sacrifice” (93), requirements that “lead the fly to the gluepot” (94). These are needs that are functional to and complicit with the very system that demands that we work our lives away in order to live.  We should not forget, Marx admonishes, that “extravagance and thrift…are equal” (96, emphasis added). What Marx characterizes as the submerging of all passions and all activities in avarice (96) is central to the construction of the subject as worker.

But it is worth noting here that Marx’s critique in this text is not an example of the usual ascetic diatribe against the pleasures of consumption. Consider his mocking description of the teachings by which we are made into the ethical subjects of a capitalist work society: “the less you eat, drink and read books; the less you go to the theatre, the dance hall, the public-house; the less you think, love, theorize, sing, paint, fence etc., the more you save — the greater becomes your treasure which neither moths nor dust will devour — your capital.”  In this way, multiple modes of doing, being, and communing are subordinated to having: “the less you are, the more you have” (95-96).  The kinds of things we are advised to minimize are not necessarily what we would characterize as unproductive indolence, or productive creativity, or reproductive leisure.  Rather, by framing his critical analysis in terms of our needs — their qualities and quantities, their expansion and contraction — he ignores the question of whether such activities or experiences are productive or unproductive, and emphasizes instead the question of what their impact on our subjectivity might be, on who it is we are encouraged — and able — to become.

Besides the above list of non-productive and non-reproductive pastimes that the political economists warn us against, the only other glimpse Marx offers of an alternative comes later in the section, in the form of an example of how we might create new needs. He describes how, as proletarian activists come together as workers to do political work, a different mode of being emerges as a new “need for society” develops (99) — a need for a form of sociality quite different from that orchestrated through the capitalist division of labor. As they come together, their process, their means — “company, association, and conversation” — become ends in themselves (99). In contrast to the ethical subject constituted in relation to the ascetic ideals of “acquisition, work, thrift, sobriety” (97), we are invited by such examples to think instead about how to cultivate a wealth of human needs. This, finally, is how I think we might imagine what non-work time could be: time to cultivate new needs for pleasures, activities, senses, passions, affects, and socialities that exceed the options of working and saving, producing and accumulating.