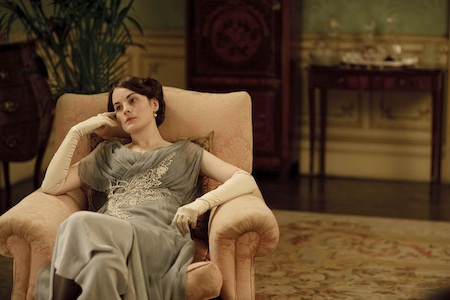 In perhaps the jauntiest Broadway ditty ever written to punctuate that precious moment before everything falls apart — “What Do the Simple Folk Do?” from Lerner and Lowe’s Camelot (1960) — King Arthur and Guinevere, speculate about the amusements in which commoners indulge to comfort themselves during times of crisis.

After several verses surmising that folks “not noblessly obliged” must whistle, sing and dance “to turn their tears to mirth,” this attractive, if mutually alienated monarchical duo ultimately arrives at the pithy conclusion that the simple folk “sit around and wonder, what royal folk would do.” As every subject of the U.S. Empire has known since 1960, Camelot provided the perfect soundtrack for an idealistic Kennedy administration at the height of mid-century America’s resplendence. From their freshly redecorated White House, the dashing and vital first couple from New England presided with style over a “new frontier” of national service and volunteerism. Then, as it always has, Camelot receded into myth. Shots were fired, bombs were dropped, and volunteerism evolved into protest, conscientious objection, turning on, tuning in and dropping out.
Nearly half a century later, Camelot promised to glimmer once again over a new horizon: Volunteerism, a sense of common duty, a spirit of national service, indeed, “hope” itself, coaxed us ever-so-briefly from the ruins of several ignominious wars and a Great Recession, only to send us scurrying back for cover, retreating to the comfort of our disenchantment.  Conversely, some of us found ourselves careening headfirst into the fray in search of our own oblivion.  This time, you see, the Empire was no longer in its arc of ascent (was it really ever?), but plunging downward in its inevitable decline.
It is in this atmosphere of precarity, decline, nay ruin, that our popular amusements once again take on a special significance. Cultural observers have marveled at the American appetite for depictions of obscene wealth and privilege, especially during “hard times.” In the 1980s, Dallas, Dynasty and Falcon Crest enabled us to sit around and wonder what “royal” folk American-style — i.e. oil barons and wine matriarchs — would do. Thirty years later, we’ve gone back to Britain and a venerable old estate called Downton Abbey for our prurient speculations about the rich and idle. Surely the Downton phenomenon can be distinguished from these gaudier 80s baubles of televisual escapism for a whole host of reasons. Their delivery systems are worthy of note: Dallas, Dynasty and Falcon Crest anchored primetime schedules on the original “big three” U.S. television networks, whereas Downton Abbey is broadcast in the U.S. on PBS, the Public Broadcasting System, after a successful run on Britain’s oldest commercial network, ITV. Furthermore these dramas’ respective settings offer us a sense of how spatial imaginaries coincide with economic fantasies about where prosperity resides: Dallas, Dynasty and Falcon Crest brandished the forms of speculative wealth amassed through the local industries of the American west (oil in Texas and Colorado, big money agriculture in California), recontextualizing the contemporary “frontier” just as its mythos was being re-branded by the cowboy president, Ronald Reagan.
Downton Abbey, meanwhile, reroutes us through space and time away from the Pacific coast and the new West (the regions of Manifest Destiny), bringing us back across the Atlantic to what, by American standards at least, is an old, if not so jolly England: to an empire on the precipice of its own storied decline.[1]  Downton Abbey begins in a state of crisis, not prosperity: the sinking of the Titanic is the catastrophic event that inaugurates the twists and turns of the series’ convoluted inheritance drama replete with slain (or are they?) male heirs, codicils, conditions and entailments. Bereft of their own sons, The Earl and Countess of Grantham cannot bequeath the estate to their daughters, because of an “iron clad” entail insisting that the property be passed to a male heir in order to keep the estate in the Crawley family. (For a splendid commentary explaining the primogeniture laws behind Downton Abbey, see James F. Nagle’s “Downton Abbey Entailed? Understanding the Complicated Legal Issues in the new Masterpiece Classic Series”.)
As a recovering Victorianist, I could go on at length about the gendered implications of primogeniture in Downton Abbey, and the fortune-hunting that ensues in crass capitalist nations like the U.S. — virtually a requirement for the landed, British gentry desperate to keep their “noble” way of life in tact.  For the purposes of this brief piece, I would merely like to point out, that American capital and its speculative excesses haunt the show’s rendering of British decline; of the aristocracy’s surrender to modernity, industry and the triumph of working class aspirants and bourgeois professionals. It bears emphasis that unlike the trinity of 80s primetime dramas I’ve been using as a foil for Downton Abbey, capital is not sourced directly from the estate or its natural and agricultural resources, but rather, is imported from the United States in the form of an American heiress’ dowry. As we learn through retrospective exposition, the “land poor” Robert, Earl of Grantham marries Cora Levinson, the Cincinnati-born heiress to a multi-million dollar dry-goods fortune, in order to keep the estate solvent, and its brigade of servants running. In short, the financial crises at the heart of Downton’s forays into desire, duty and evolving upstairs/downstairs relations are not royal folk problems per se; they actually bear a striking relation, if once removed, to the problems that have befallen the creative classes in our contemporary moment of economic “restructuring.” Indeed, it is not the “simple folk” tuned in to Downton Abbey‘s drama of dutiful idleness but, as Irin Carmon describes in her Salon.com piece on “Why liberals love ‘Downton Abbey,'” it is “progressives…feminists,” and “Occupy supporters” who are seduced by the spectacle of the British nobility keeping calm and carrying on, as an empire crumbles around them.
Though Carmon’s piece begins with the premise that lusty Tories from a bygone era, and disenfranchised U.S. progressives in the age of the Great Recession make strange bedfellows, I would argue that the fantasy of structured idleness Downton Abbey offers — an aristocratic, ethical idleness mandated by duty and birthright in the service of a greater good — offers comfort to those who have chosen to commit themselves to lives of creative “idleness” in the context of a collapsing neoliberal economy replete with choices. Idleness, in the sense I’m using it here, is not about “doing nothing,” but rather, opting out of activities construed as work, as professional obligation. Indeed, as the OED reminds us, the definition of idleness is to be in “want of occupation.”  Lord Grantham doesn’t work, nor does he have an occupation: he performs his duty as a benevolent gentleman, caretaker and representative to and for all who live within the boundaries of his estate, within the purview of his “Lordship.” Creative classers, meanwhile, also don’t “work.” (According to Richard Florida who coined the term, I would, as a “university educator,” belong to this class).  We “innovate,” “design,” make art, “criticize,” “create.”  We are, in other words, that segment of the 99% who might be found encamped in the parcel of land dubbed “upper Zuccoti Park” in a Daily Show parody on class divisions within the Occupy movement.
As a young man with a rockabilly Mohawk explains: “up there is where the college hipsters who live in Brooklyn go and try to rule the park from. And down here it’s more of the poor people’s encampment.” As the mock journo comedienne, Samantha Bee elaborates: “Occupy Wall Street was divided by class: on the one side, the elites with their library, Apple pop-up store, and bike-powered espresso machines; on the other, the downwardly mobile with their drum circles.”  (Tellingly, one of Bee’s lower-Zuccoti interviewees describes the denizens of the “upper park” as “aristocratic.”)
Like Lord Grantham, creative classers yoked themselves to capital’s promises — to the fortunes amassed in America’s age of expansion — in an effort to preserve a way of life, to preserve a sense of nobility, principle and righteousness. But whereas Grantham, the fictional aristocrat has “no choice” but to surrender to the purported security capital guarantees, in order to ensure that the estate remains in tact, and “his people” both upstairs and down are taken care of, the “disenfranchised” creative classes of the contemporary moment have been left unmoored by the proliferation of neoliberal choice, that very notion of freedom as choice constitutive of the creative lifestyle they counterpose against the dehumanizing vagaries of industrial and service sector labor: the work one would never choose for one’s self.
Oscar Wilde, the penultimate creative idler, once remarked in a review for the Pall Mall Gazette: “The exquisite art of idleness [is] one of the most important things that any University can teach.”  Those most enchanted by Downton Abbey — those of us most seduced by its restrictive period fashions, and equally bounded sense of propriety and obligation in this age of the Great Recession — probably learned about the art of idleness at university, even if we weren’t born into “old” money (whatever that really means now, in the U.S.). Some of us even accumulated mountains of student debt in the process, if only to simulate, ever so briefly, the economic circumstances that might best cultivate a life committed to artful idleness: another choice with which we now have to reckon. Within the comforting restraints of these institutions, we began to acquire an appetite for historical fantasy like Downton Abbey, and develop a sense of nostalgia for something many of us never had and never were; for imperial pasts, once removed, in which “choice” was never a burden to consider.