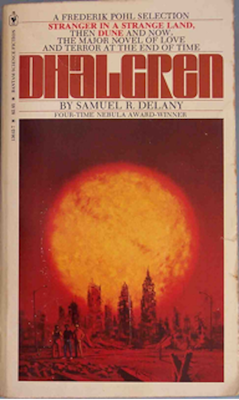 Let me ask the terrible question: Could it be that all those perfectly straight, content-with-their-sexual-orientation-in-the-world, exclusive-heterosexuals really are (in some ill-defined, psychological way that will ultimately garner a better world) more healthy than (gulp…!) us? Let me answer: No way![1]Delany, Samuel R. Dhalgren. 1974. Hanover, NH: Wesleyan UP, 1996. 720. Bellona (After Samuel R. Delany). Installation by Ann Lislegaard, 2005.
Alexis Lothian is a scholar of queer cultural studies, speculative fiction, and digital media. She is putting the final touches on her dissertation, Deviant Futures: Queer Temporality and the Cultural Politics of Science Fiction, and will receive her PhD in English from the University of Southern California in 2012. She is a founding member of the editorial team for Transformative Works and Cultures and has presented and published on science fiction literature and media and on fan video, including contributions to recent dossiers in Cinema Journal and Camera Obscura. Her website is http://queergeektheory.org.
Top image: Dhalgren by Samuel R. Delany. 1974. Cover image by flickr user cdrummbeaks.