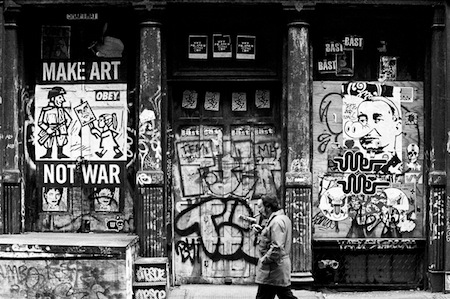 On January 28, 2003 President George W. Bush delivered his third State of the Union Address focusing on global security. In its name, he both defended the U.S. War on Terror invasion of Iraq through lies about weapons of mass destruction, and introduced the President’s Emergency Plan for AIDS Relief (PEPFAR)[1] — a new program that pledged 15 billion dollars over five years in the largest financial commitment of a single country toward a single disease. Since 2003, both the War on Terror and PEPFAR have been expanded and further intertwined by President Barack Obama, demanding critical scrutiny. I argue here that despite their seemingly disparate realms of military force and medical relief, the War on Terror and PEPFAR both embody the logic of security: harnessing biopolitical discourses of life and humanitarianism to legitimate the expansion of neoliberal military and economic policy benefiting U.S. empire.