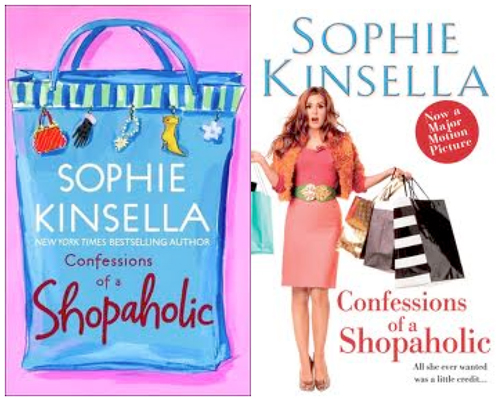 Becky’s shopping is less to do with spending and all about the excitement of desire, and the search for belonging. Becky’s life is a series of little daydreams. Kathleen Stewart writes that “Ordinary affects are an animate circuit that conducts force and maps connections, routes, and disjuncture’s. They are a kind of contact zone where the over determinations of circulations, events, conditions, technologies, and flows of power literally take place. To attend to ordinary affects is to trace how the potency of forces lies in their immanence to things that are both flighty and hardwired, shifty and unsteady but palpable too. At once abstract and concrete, ordinary affects are more directly compelling than ideologies, as well as more fractious, multiplicitous, and unpredictable than symbolic meanings. They are not the kind of analytic object that can be laid out on a single, static plane of analysis.”[4]Stewart, Kathleen. Ordinary Affects. Durham, NC: Duke University Press, 2007.25.Print.
In the series, shopping becomes a way to access what Stewart calls ‘ordinary affects’–one that most consumers or residents of a 21st century developed society can relate to. After all, what is more mundane, and yet also magical, then consumption? In Becky’s un-ironic and seemingly sweet sentiment that “If everyone would wear new clothes every day, I reckon depression wouldn’t exist anymore”[5]Kinsella, Sophie. Confessions of a Shopaholic. London, UK: Random House, 2001. 26. Print., there lies a utopian impulse.

What kind of heroine can thwart the institutional power of the ultimate villain, the bank? According to Confessions of a Shopaholic, a clueless and endearingly financially ignorant working girl.  The success of the series revolves around the likeability and sympatheticness of Becky herself. Her emotionality, her cycles of debt and spending, her sincerity and her complete lack of irony construct her as a naïve victim of a system of debt bondage. While her spending habits, tastes, and luck in marriage are the stuff of novelistic fantasy, her indebtedness is what makes her relatable. The book doesn’t ever give a description of the main character, and the author herself has noted this was a conscious decision, I like the fact that it’s not specified. I think it means anyone can identify with her. I want my readers to feel they are inside Becky’s head, seeing the world through her eyes and not looking at her from the outside”. Becky is the imaginary resolution of real social contradictions. She is an answer to the gender paradox of domesticity and public life, the hysterical and addicted shopping woman, and the ambitious competent working girl; to the divide between middle class and the elite and celebrities, but most importantly she is the imaginary resolution to the divide between the realm of business, society, worldliness and the realm of comfort, family and materialism. In getting us to believe in, and empathize with, a ‘shopaholic’ Sophie Kinsella is creating a dreamworld of debt where debt is an engine of character building, drama, fantasy, as well as redemption.
Writing about Latin American fiction during the Cold War, the astute cultural critic Jean Franco writes of the ways that “culture is overwhelmingly the province of entertainment and of comfort activities that in turn, generate ‘lite’ criticism that never challenges the doxa…what counts as literature has changed, for it is no longer confined to categories that separate fiction from reality. Hybrids of fiction and ‘real life’, of true and invented history, of travel literature and novel blur such boundaries. There are new possibilities and constraints.”[6]Franco, Jean. The Decline and Fall of the Lettered City: Latin America and the Cold War. Boston, MA: Harvard University Press, 2002. 262.Print.
In using popular culture as a diagnostic tool, and in examining fiction that does not challenge the orthodoxies of capitalism, I hope to have briefly examined both the possibilities and constraints of bourgeoisie fantasies of money that Bloch introduces. Confessions of a Shopaholic straddles genres and blends modes of ‘real life’ with fiction to represent the surrealness and realities of debt itself as a system of cultural and not just monetary exchange.
Even for Becky, for whom credit is the most tangible form of ‘money’ and debt the most tangible form of constraint, the real and the fictional are always colliding. “God , I keep forgetting how tidy you have to be in Manhattan. Like, I have my nails done twice a week at a nail bar round the corner from where I live–but sometimes I think I should increase it to every other day. I mean, its only $9. Which in real money is….Well, its $9. I’m kind of getting used to thinking in dollars.” Real money intrudes on the dream of luxury, beauty and self improvement, reminding us and Becky, of the weightiness of the debt it also demands.