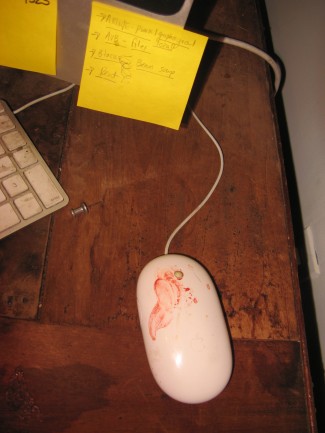 Anhoek School is both art project and roving educational experiment. It disrespects some of its elders; it spits on Hegel (in the spirit of Rivolta Femminile). However, this experiment also attempts to repair and reconfigure pedagogical form because, as Dr. Jean Oury, founder of La Borde mental asylum, claims, “the institution is ill”. Ultimately, Anhoek School’s aim is to foster a reckless kind of genius that rips across disciplines and is always conscious that the work of the classroom should not stay in the classroom. Are we a training camp? Are we an observatory? Are we an examination bureau? It is yet to be determined. Students and teachers, as artists, will aid one another in materializing theories, strange and beautiful or say, repulsive but persuasive.

For five years, this nomadic school has moved between New York City, the Texas desert (Marfa), Austin, Boston and San Francisco. We have been hosted by art institutions; however, Anhoek has also independently forged both site and events for the work. Formerly, Anhoek school students negotiated the threshold of multiple disciplines. They triangulated aesthetics, politics, and theory; they did not hoard the fruits of this trifecta. School papers became pamphlets, zines, and broadsheets circulating through the public; student-made tests transformed themselves into a self-actualized memorandum for action; reports were town-crier style, released as podcasts, twitter updates, and park side manifestos.

Now, we eschew classes; instead we pervert and perform the form of the standardized test. There are presently many artist-run schools that hold classes and we do not need to repeat their works. Anhoek School creates and administers its own perverse form of the Graduate Recorded Examination (GRE) in various subject areas. The tests are timed, monitored, and scored via Scantron; participants receive the results via mail. Subject Area: Beautiful Economy was administered at Harvard University to 100 participants in one seating (2-18-2012) and at New York’s Museum of Art and Design (3-8-12). Taking the form of an unruly exam, Beautiful Economy is an investigation of the distopic and utopic structures that organize labor, exchange, and currency. The logics deployed within standard examinations fall apart; the test enthusiast also falls apart. They cannot “play” the test; there is no “winner”. These who abhor test taking realize, as the test progresses, that this test liberates and that they are enacting a utopic form of knowledge acquisition.

In the near future, Anhoek will instigate a series of performative workshops that begin with the development of test questions, essays, and listening exercises and culminate in the administration of a public, timed and multi-part Anhoek Recorded Examination. The Subject Areas will vary: Feminine Mark vs. Feminist Mark; Subject Area: Apocalyptic Ecology and Subject Area: Beautiful Stranger (administered in San Diego 2014). The tests will be administered at scheduled daytime physical locations with monitors and Scantrons but will also be broadcast via pirate radio in the center of the night. We flirt with authorized and unauthorized dissemination. We will stop using a pedagogical form when it is used up (‘made nice’) and locate another to turn inside out- not in keeping with the perpetual consumption of capitalist mechanisms but as a compulsive loyalty to perversion and a commitment to the fruits of resistance. The fruit is good.

[1] Rivolta Femminile, an Italian feminist collective, officially began in Rome in 1970; the core of their cultural production was the publication of multiple texts that were widely disseminated amongst various radical and mainstream feminist groups. Rivolta Femminile’s Manifesto (1970) reads: “We spit on Hegel. The servant-master dialectic is a settling of account between groups of men: it does not foresee the liberation of woman, the great oppressed by the patriarchal civilization.” Hegel’s reduction of  female participation in the formulation of universal consciousness (see “The Ethical Order” in The Phenomenology of Spirit) precipitated a second text, written by co-founder of RF and art critic Carla Lonzi, titled Let’s Spit on Hegel! (1970). The feminist critiques of Hegel are not limited to Rivolta Femminile; the German philosopher is soaked in a globalized sputum.