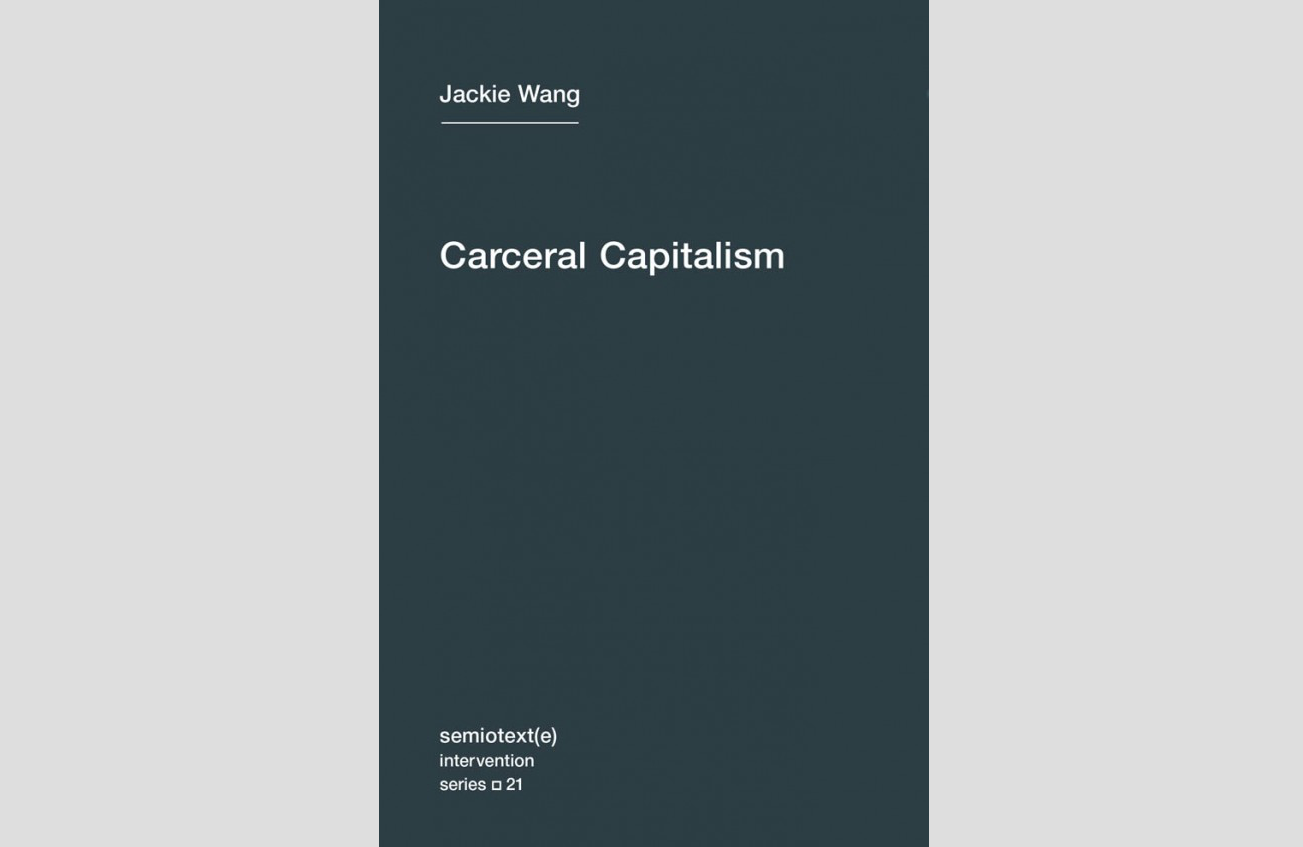 The frenzied pace of the news cycle in the age of Trump has a magnetic pull that makes it hard to take a step back and think strategically about the recent history of popular anti-capitalist and anti-racist struggles that have erupted across the United States over the last decade. Especially in the wake of the midterm elections last fall and the lead-up to the presidential elections in 2020, these struggles, outside the sphere of electoral politics, can feel distant. But this makes the task even more urgent. From Occupy to the present, what have we learned, where have we failed, and how can we now intervene?

I found myself thinking about these questions when reading Jackie Wang’s book Carceral Capitalism, which was published last year. The book is an accessible, wide-ranging, and often poetic account of the operations of contemporary racial capitalism that aims to “update” Cedric Robinson’s analytic for the conditions of the historical present. Turning away from the sphere of production and wage differentials, Wang explores the modalities of accumulation and governance that have become increasingly important against the backdrop of the restructuring of the global economy and the dismantling of the welfare state since the 1970s. Crucially, these mechanisms are racialized, and they have a predatory and parasitic character. The book’s chapters examine financialization and the debt economy, municipal finance and the use of police and courts to generate much needed revenues, mass incarceration and the construction of the “juvenile delinquent,” and algorithmic policing and predictive analytics in an age of uncertainty. Wang also shares moving experiences of having an incarcerated family member—her brother was locked up at age seventeen for life without parole.

Written over a period of five or six years, the book’s chapters also capture, and offer an opportunity to reflect on, the recent history of political struggle. In the introduction, Wang explains that the book “began before it began” when she wrote an essay titled “Against Innocence” for the inaugural issue of the feminist journal Lies, which came out in 2012. Inspired by the global wave of protest that ran from the Arab Spring to the Occupy movement in the United States, this essay made a crucial intervention against the racialized respectability politics that dominated the theory and practice of much of the liberal-left at the time. Wang argued that the “framework of innocence” that structures many anti-racist campaigns requires victims to be morally pure—a requirement that is itself conditioned by a racial order that constructs certain bodies as “naturally” less innocent and more deserving of punishment than others. In addition to reinforcing the racial logic of criminalization, the innocence framework also requires victims to frame their appeals to the state, constraining their tactical repertoire and political imagination. For Wang, these political limitations were apparent in the Occupy movement. Many activists, especially white liberals, were quick to defend the police as oppressed fellow workers and thus potential allies—part of the 99%. At many Occupy encampments, protesters even sought to police their own numbers to prevent the appearance of anything that the media might deem “violence.” This, of course, did nothing to stop the police from raiding the encampments and effectively bringing a violent end to the movement.

“Against Innocence” is included in Carceral Capitalism, and Wang observes that rereading the essay today underscores how much things have changed since Occupy. This is another way of saying that the essay anticipated what Black Lives Matter made impossible to ignore, from Ferguson to Flint. One striking accomplishment of BLM has been to generalize a radical, anti-racist, and abolitionist critique of policing along with a range of more confrontational—and in many ways more effective—tactics that do not hang so closely on state recognition. The new generation of activists and organizers that shaped BLM, and were in turn shaped by it, has a sharper understanding of the role of racialized state violence in maintaining the social order. There is no longer room for the belief, writes Wang, that “revolutionaries and the police [can] be bedfellows.” In many ways, BLM spread the idea of abolition to the point that it has even entered the political mainstream in the form of recent calls to “Abolish ICE.” It goes without saying that progressive Democrats are less than sincere when they say this, and that their understanding of abolition is different than that of the protesters who occupied and blockaded ICE facilities across the country last summer, but as a rough measure of the times something has clearly changed.

If Carceral Capitalism sheds light on this shift at the level of political practice, it does something similar at the level of theory. The book helpfully brings together what are in many ways divergent theoretical currents—Afro-pessimism and Marxism—in order to clarify the complex relation between capitalism and racism. But reading the chapters chronologically reveals a subtle shift of emphasis. In “Against Innocence,” Wang leans heavily on the work of Afro-pessimist thinker Frank B. Wilderson III to foreground a critique of analyses that reduce anti-black racism to a function of capitalism and thereby ignore “forms of gratuitous violence that cannot be attributed solely to economic forces.” Wilderson argues that the black subject is structurally excluded from Marxist categories like work, which is coded as white. Building on these arguments, Wang suggests in this essay that even Marxist approaches that attempt to look beyond the wage relation, like value-form theory, fall into a similar trap, since their focus on “social life” outside the workplace falls short when considering the relations of “social death” that constitute blackness.

The book’s more recent essays also stress the importance of grappling with the economic “irrationality” of gratuitous violence and the “sadistic pleasure” of racism. But now it is the accumulation of capital that takes center stage. While cautioning against reductionism, for example, Wang also observes that Afro-pessimist thinkers sometimes reduce Marxist analyses of racial capitalism to “caricatures.” She takes up the problem of racism’s “irrationality” through the “Marxist-inflected” work of W. E. B. Du Bois instead of Wilderson. When Wilderson’s work does show up, it is framed in a debate with the political theorist Michael C. Dawson, who counters Wilderson’s claim that black people “were never meant to be workers…[but] to be accumulated and die” by insisting that this is “fundamentally wrong: we were brought here to work, and to die.” And Wang draws on reformulations of Marx’s concept of primitive accumulation by critics like Rosa Luxemburg, David Harvey, Nancy Fraser, and Iyko Day to characterize the contemporary debt economy, from student loans to subprime mortgages, as a form of “racialized accumulation by dispossession.” Overall, these essays tack toward political economy without sidelining racialization and anti-blackness, and aim to address how racial capitalism works through logics of both disposability and exploitability/expropriability.

What can we learn from reading Carceral Capitalism as a history of the political present? Wang’s early critique of the politics of innocence that marked the Occupy movement also anticipated the nationwide struggles that would erupt three years later in Ferguson, which underscored the specificity of anti-black racism and the inseparability of policing and white supremacy. Yet Wang also makes clear that, from the start, capital was at the center of BLM’s analysis as well. The Ferguson rebellion forced the Department of Justice to investigate the city’s police force, and as Wang discusses at length, the DOJ report revealed that the city was balancing the budget by using the police and courts to extract fees and fines from its black, poor residents. The particular form of black disposability that was made spectacularly visible by the police killing of Michael Brown is part of the everyday machineries of racialized plunder. For Wang, in other words, Ferguson is the paradigm of racial capitalism today.

Centering Ferguson helps to resolve the impasse of liberalism that Wang identified in “Against Innocence,” and gives concrete form to the “abolitionist imagination” that she sketches in the book’s poetic conclusion. But abolition means more than dismantling the machineries of racialized state violence, like police and prisons–it also requires building another world. In this sense, it may be that Flint highlights more clearly than Ferguson the challenges of the project of abolition today. Wang briefly discusses the Flint water crisis, in which the city’s so-called emergency manager condemned its predominantly black residents to lead poisoning to save money, as an example of a mode of parasitic governance she calls the “financial state of exception.” Where capital, the state, and the built environment itself conspire in the production of premature death, abolition will have to involve the construction of collective social relations and infrastructures of mutual aid that sustain and reproduce life–that are engaged, in other words, in the work of what Marxist feminists call social reproduction. At the level of both practice and theory, across the passage from Occupy to BLM and beyond, what is at stake in these struggles is the production of social life even in spaces of social death.

Dan Nemser teaches Spanish and colonial Latin American studies at the University of Michigan. He is the author of Infrastructures of Race: Concentration and Biopolitics in Colonial Mexico (University of Texas Press, 2017), which won the Latin American Studies Association's Mexico Humanities Book Award in 2018.