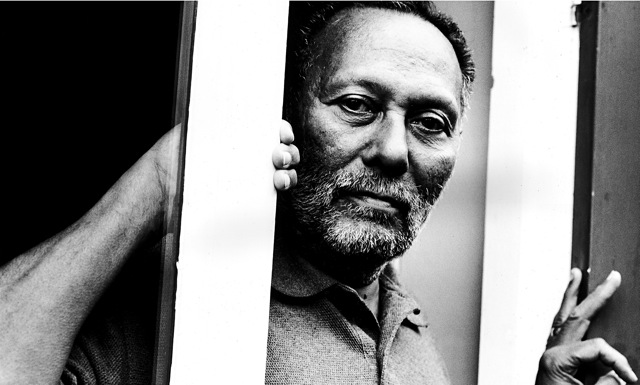 When I was invited to write in commemoration of Stuart Hall, it took only minutes to decide how to focus my meditations.

I, like others, recognize Hall as the “godfather of multiculturalism,” and am grateful for his role (along with Raymond Williams and Richard Hoggart) in founding cultural studies. But among his manifold contributions, my personal gratitude is for a pair of essays to which I have returned repeatedly since I first read them as a graduate student—a pair of essays welded in my mind as together contributing immeasurably to the foundation of my intellectual and political inquiry and pedagogical project. I refer to Hall’s notoriously complex analysis of the concept of articulation (Race, Articulation, and Societies Structured in Dominance [1980]) and to his no less nuanced, but easier to teach and digest treatise, Gramsci’s relevance for the study of race and ethnicity (1986).

Others will no doubt join me in heralding these contributions as a centerpiece of Hall’s critique of Eurocentric, old-left Marxism, of his examination of the articulation of race and class, and of his capacity to make forms of Marxism that do not expressly consider race into tools for elaborating an anti-racist anti-capitalist politics. But here I do so not only to pay homage to Hall’s contribution to the black radical tradition, and, more specifically, to the development of Black Marxism in the postwar period. I do so to suggest the urgency of continuing to revisit these essays in the present conjuncture, one that Hall wrote about, a year prior to his death, as characterized by neoliberal victory and the reassertion of “the powers of and position of the dominant classes.” And too, as a conjuncture in which such victory is not inevitable.  As Hall characteristically concluded no social settlement is ever permanent, and action is thus imperative:  “We must set about disrupting the current common sense, challenging the assumptions that organise our 21st-century political discourse.”

I can think of no better way to begin the project of disruption than to reopen the question of the relationships of slavery to capitalism and of race to class.

As my study of biocapitalism and biopolitics has led me to see, in the present conjuncture, slavery lives on, wearing both new and old racial garb. For in our time, life itself has been commodified in new and old ways­­­­—through the international surrogate industry, the sex trade, international adoption markets, the sperm banking system, oocyte and stem cell production lines, and the global organ trade—and race complexly persists as the modality in which class is lived for the vast number of those who are exploited by the new forms of commodification of life itself. Just as it also does for the vast number of those who profit from such exploitation and from the complacent presumption that they live in post-racial times in which their consumption of life has no racial dimension, no historical precedent.

As scholars of the so-called new slavery suggest, by conservative estimates there are now 27 million slaves globally, significantly more than there were at the height of the transatlantic trade in the nineteenth-century. Though many of these scholars fail to include reproductive laborers (surrogates, producers of oocytes and stem cells, and participants in clinical trials) in their calculations, and many more are too easily co-opted by the post-racialism of neoliberalism into arguing that in the new slavery race no longer matters, a return to Hall’s essays allows us to see that we must start our inquiry into capitalism in the context of slavery and colonialism, so that we can recognize that it is not racism that produces either (now or in the past), but rather that each instantiation of slavery and colonization is particular, and that each has and in turn will continue to produce a particular form of racism, including that most pernicious of forms—the one that goes by the name of post-racialism.

To take only one example, it is not only that gestational surrogate laborers are increasingly poor women of color (many living in India) whose poverty and need drive them to deliver babies for export, and that the vast majority of consumers are white European, Israeli, or US citizens—it is also that conceptualization of such forms of human exploitation are made thinkable by the long interwoven histories of colonialism and slavery, and thus must be understood as articulated with and through these histories.

As Hall explained race is an “articulating principle” of all social, political, and ideological structures—and since societies structured by overlapping modes of production are normative (slavery and colonialism co-exist with and within capitalism) we must understand how race articulates this relationship.

Indeed, a return to Hall’s essays on articulation and overlapping systems of value production allows us to see that if we fail to examine slavery in biocapitalism, we will have failed to recognize that articulation of race with class is an ongoing process in which the meaning of race never stabilizes and in which racisms are continuously recalibrated.

Alys Eve Weinbaum is Associate Professor of English at the University of Washington, Seattle.