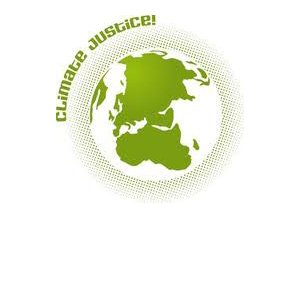 COP17 — the 17th annual Conference of Parties, aka the Conference of
Polluters — began on Monday in Durban, South Africa.  The Kyoto
Protocol, to which most attendee nations (but not the U.S.) are
signatories, is widely acknowledged to be in its death throes.

As in previous U.N. climate conferences, civil society organizations
are mounting a counter-summit, a step that is particularly important
given the significant reduction in the number of NGOs allowed to
register for the conference.  But will global civil society be able to
exert any influence on the powerful nations of the world? How much
traction can a radical anti-capitalist critique of over-development gain
under current conditions of global economic crisis? Will rising
inter-imperial competition between nations such as the U.S., China, and
Brazil spell the end of the Kyoto Protocol and a complete abandonment of
all attempts to regulate the world’s increasingly chaotic environment?

Sitting waiting to sort out housing after arriving on a red-eye
flight to Durban, I met Dr. Landry Mayigane, a young veterinarian from Rwanda
who is one of the organizers of the youth delegation to COP17.  He said
that the young people from around the globe whom he helps to organize
are feeling very pessimistic about the current meeting.

According to Landry, there is little hope that any substantial
forward progress is going to come out of a meeting held under the
current global economic downturn.  The point here is pretty obvious:
global elites are taking the current economic crisis a pretext to impose
austerity rather than – as they should – an opportunity to facilitate a
just transition to a truly sustainable society.  One way that such a
transition might be effected is through a Million Climate Jobs
initiative – a campaign being spearheaded, at least in organizational site, by a guy I ran into last night: Jonathan Neale.

He also talked about how disillusioned many civil society
organizations became after the Copenhagen climate summit.  The huge
mobilization resistance groups engaged in there failed to produce any
meaningful movement, and, it could be argued, the situation has
deteriorated significantly in terms of international negotiations since
then.  For example, Landry noted that just two days ago, the Canadian
government announced that it is going to pull out of the Kyoto Protocol.

The evening ended with me sitting bleary-eyed through a meeting of
the Climate Justice Network as they debated whether to back a press
conference to be organized by five prominent groups (e.g. Friends of the
Earth – Africa). There was quite a lot of debate about whether to move
forward with this initiative given the fact that many in the People’s
Space cannot get into the conference; significant numbers of people
expressed concern about the impact on the People’s Space of holding
meetings “inside.”  Where, some wondered, would “outside” be if “inside”
was so sanctioned?  This debate I think underlines how marginal social
movements (and the 99% in general) are to the entire UN process as
presently constituted.