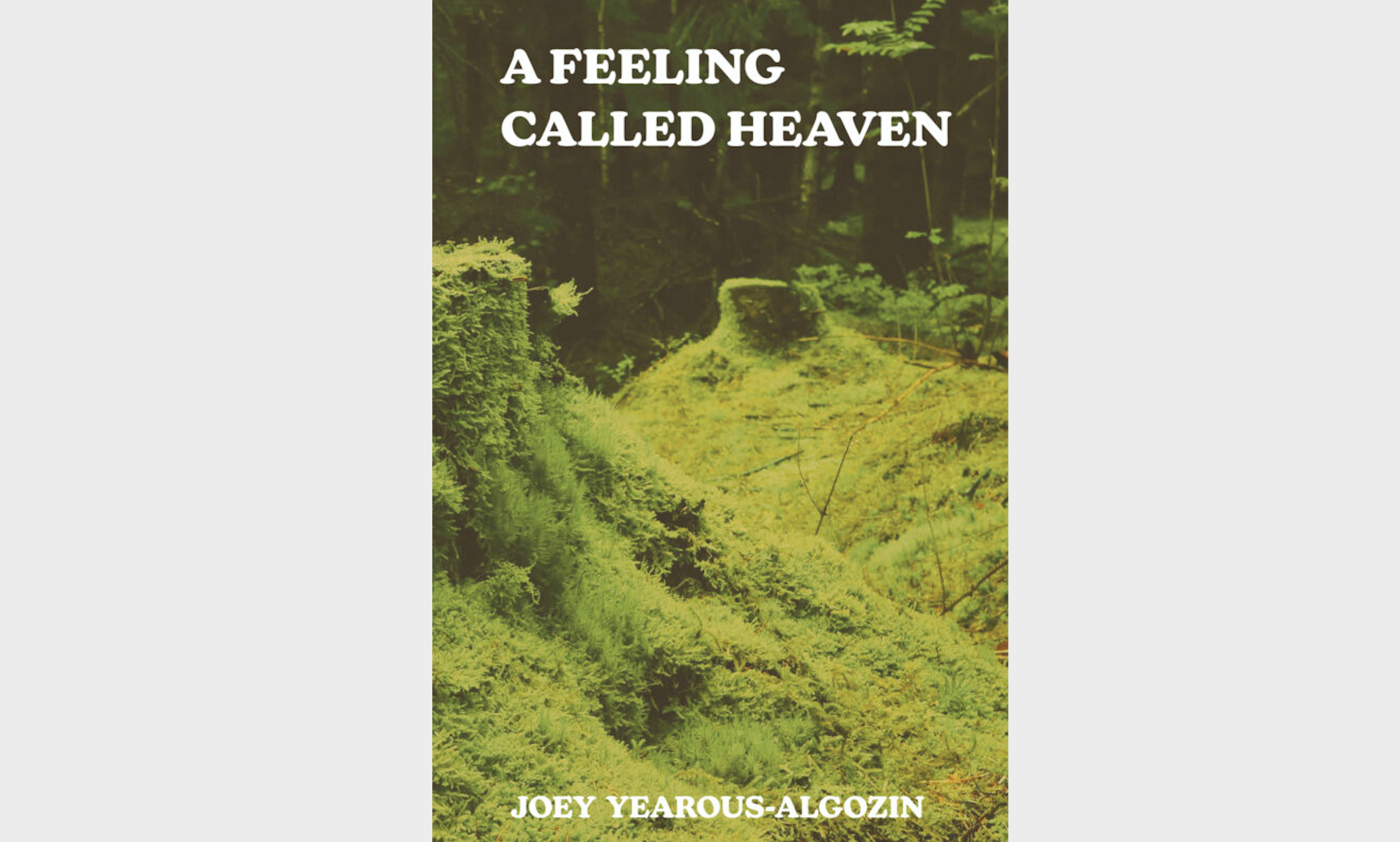 “I am sitting in a room different from the one you are in now. I am recording the sound of my speaking voice and I am going to play it back into the room again and again until the resonant frequencies of the room reinforce themselves so that any semblance of my speech, with perhaps the exception of rhythm, is destroyed. What you will hear, then, are the natural resonant frequencies of the room articulated by speech. I regard this activity not so much as a demonstration of a physical fact, but more as a way to smooth out any irregularities my speech might have.”

These are the immortal words spoken by composer Alvin Lucier at the start of his definitive recording from 1969, “I Am Sitting in a Room.” The concept may be simple, but the result is compelling. As Lucier records and then re-records, layers of recognizable human speech dissolve into pulsations of ghostly, disembodied resonances. Eventually, barely a rhythm of Lucier’s original monologue remains, instead replaced with the reverberating, ethereal frequencies of the room. As Lucier explains, the process of destroying his own speech allows the resonant frequencies to appear, slowly washing over his words, disintegrating them. These resonances sound angelic in that they are tonally beautiful, but the vanishing aspect of Lucier, and their pummeling totality, can make them also seem terrifying. “I Am Sitting in a Room” speaks to a spectral level of sound, the humming tones and frequencies typically inaccessible to our ears, and meditates on this power through a simple gesture. It is one of the great works of “generation loss,” which focuses on the loss of quality that comes from making subsequent copies of various media. In our digital world of decayed jpegs, pixelated resolutions, and deep-fried memes, it has become a mundane phenomenon.

A Feeling Called Heaven, a new book of poetry by Joey Yearous-Algozin out with Nightboat Books, begins with two epigraphs. The first is from Ecclesiastes 1.3: “A generation goes, and a generation comes, but the earth remains forever.” The other, longer epigraph, from Dostoevsky’s The Idiot, contains the lines: “‘What if I were not to die! What if life were given back to me—what infinity! And it would all be mine! Then I’d turn each minute into a whole age, I’d lose nothing, I’d reckon up every minute separately, I’d let nothing be wasted!’” Over the course of two long poems, “for the second to the last time” and “a closing meditation,” Yearous-Algozin calmly guides us like “a death doula or New Age religious leader” to the brink of total generation loss: the end of life and humankind as we know it.

Both poems take on a personal, intimate tone of direct address. Sprawling and conversational, the poems contain stanzas of short lines with no capitalization and little punctuation. Beginning with “for the second to last time,” the speaker wishes to offer readers comfort by showing us something: “a video of antelope or deer” to “slightly lessen the suffering” that comes with “our impending destruction as a species.” Despite the airiness of delivery, we are bluntly told there is nothing left to do, and “a better world isn’t possible / but patience is possible.” For, after all, “there’s nothing left / but ruins yet to be made / we’re simply that which has yet to fall apart.” In the poems of A Feeling Called Heaven, we are led through a series of mindfulness activities and meditative stratagems to cope with these difficult yet inevitable truths. By following the guidance articulated to us, the poems promise a zen transcendence beyond the realms of existential dread:

The tonal calmness reflects the quiet muttering of a celebrity narrator whispering into your ear via a sleep aid app, but in this case the narrative is our inescapable human extinction. This sense of listening rather than reading is a major aspect of A Feeling Called Heaven. The speaker of Yearous-Algozin’s poems asks us to do a lot of things: envision, remember, focus, even close our eyes and meditate (essentially the text of the poem cancelling itself out). However, the most critical and frequent engagement is with the readers’ sense of listening, as the speaker continuously reminds readers that they “are listening to the sound of my voice” and “you’re safe in the company of my voice,” yet it arrives “disconnected from any discernible source.” Should the poems be read aloud to fully engage with their incantatory elements? Are the poems in fact transcripts, or derived from transcripts? This effect creates a sensory slipperiness, an almost synesthetic form of reading in which the poems hypnotically begin to resonate, and one can “hear” their speaker’s disembodied form.

Despite the bleak themes of A Feeling Called Heaven, the reader easily somnambulates through the tranquil stream of language. We ambiently wander grocery store produce aisles and ride trains with fatalistic dispassion, in anticipation of our end. This placid poetics builds into resonance that borders on self-deletion, but there are sudden slippages, mainly in the form of images, that break up the cascading lull. Yearous-Algozin’s slippages (or “stutters,” to reference Lucier’s speech in “I Am Sitting in a Room”) manifest as unexpected, sometimes humorous images, such as in the following passage, in which the speaker encourages reader/listeners to transmute the violence of their imagination into something along the lines of an uncanny video installation:

Unlike other literary works engaged with the violent information of the late anthropocene, in A Feeling Called Heaven there is no demand for social change, climate stabilization, or the rigorous envisioning of a future. There is, however, a constant reminder that in the face of our doom the planet will in some way continue to survive without humanity. So, how do we get there? In the poems, the cataclysm is offscreen: we are not given images of bombed-out cities or burning landscapes. The devastation turns internal, and any outside forces are mediated by the speaker’s calm voice. “a closing meditation,” the second and final poem of the book, takes a more direct engagement with the death doula role, and as the reader listens on, one feels as if being prepared for death (or at least “the journey ahead”). At its climax, we are tasked with imagining ourselves purified by a great flood, literally dissolved, and ultimately transformed into “a microbead of plastic / riding the undulating surface of the water / under a cloudless and crystal-clear blue sky.” We are gone from our human form, smoothed out, rendered into a clear, rippling collection of particles:

In her book Deep Listening: A Composer’s Sound Practice, Pauline Oliveros offers directions for a deep listening exercise: “At the sound of a bell or gong listen inclusively for the interplay of sounds in the whole space/time continuum. Include the sounds of your own thoughts. Can you imagine that you are the center of the whole? Use this mantra to aid your listening: With each breath I return to the whole of the space/time continuum.” Oliveros writes that the practice of deep listening balances focal and global attention to the sounds around us. Through the practice of deep listening, even multi-dimensional listening is possible. In A Feeling Called Heaven, reading becomes the act of listening as Yearous-Algozin’s speaker calmly deconstructs both our hopes and fears for the future simultaneously. What we hear is in fact our limit, or the deep resonances of human mortality: a sonic reminder that we are all mortal, together, and one day we will cease to be. Through its radical acceptance, A Feeling Called Heaven teaches an important lesson about pausing, being present, and deeply listening, both inside and outside ourselves. Perhaps, by engaging in this practice, we can commune with the resonant angels, or “a pod of dolphins…framed by purple flames.” Like Lucier’s “I Am Sitting in a Room,” these poems speak obliteration into sublimity.

Barrett White edits Tagvverk. He currently lives in Florida, where he teaches.