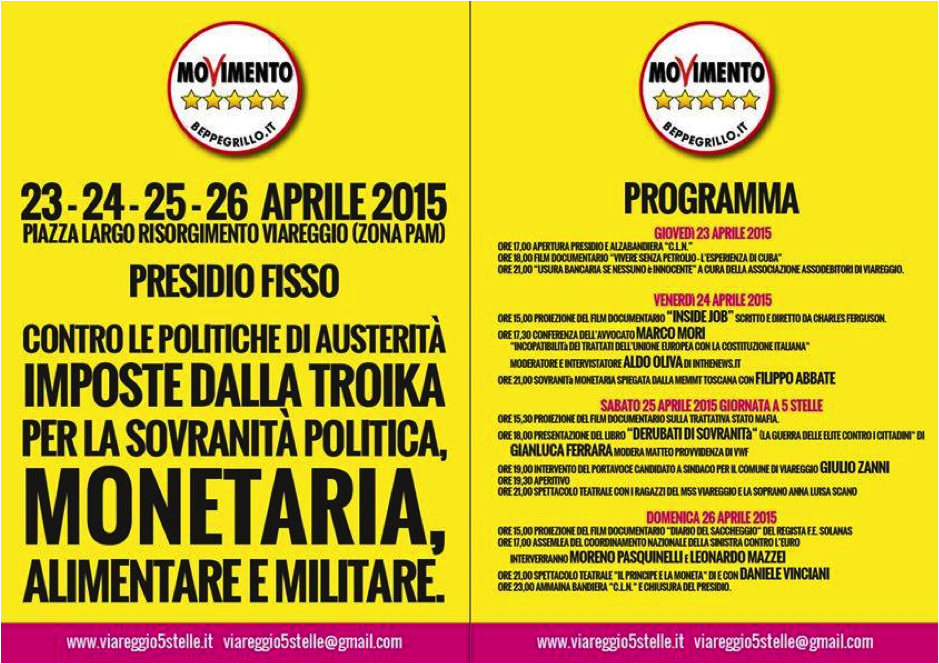 Two events made this year’s month of March a densely political one in Italy. On 4 March, the general election resulted in a hung Parliament, but saw the definite political victory of Italy’s two main populist parties: the Five Star Movement and the Northern League, which cater to different electorates but are defined by a similar fear of all things supranational (the Euro, the European Union, the European Troika) and extra-national (migrants and refugees). For two weeks, pundits of all political persuasions crowded the TV political talk shows to prophesy what the new government might look like. Then, suddenly, the nation’s political discourse went from surmising the future to re-pondering the past, as 16 March marked the fortieth anniversary of a watershed event in Italy’s postwar history: the kidnapping (and killing, two months later) of Christian Democratic Party President Aldo Moro and murder of five members of his security detail by the Red Brigades (BR).

A litany of familiar discussions re-emerged: from the allegation that the US and the right wing of the Christian Democratic Party actively manipulated the BR into killing Moro (inimical as they both were to Moro’s intention to have the Italian Communist Party back the Christian Democratic majority, after the former party had amassed 34.5% of the votes at the 1976 election) to how fatal a blow Moro’s death was for the Italian Left (isolating the BR, estranging leftist intellectuals from radicalism, and marking the beginning of a slow but steady decline in electoral support for the Communist Party).

Yet missing from the debate was an attempt to connect the dots between the election of 2018 and the events of 1978. Appearing in a documentary produced by and aired on Italian public television the day of the fortieth anniversary of the Moro kidnapping, Adriana Faranda (who in 1978 was one of the leaders of the BR’s Roman “column”) remembered how the BR believed that “the real centers of power” would soon no longer be the nation-states, but “supranational organisms such as the Trilateral Commission,” the think-tank founded by David Rockefeller in 1973, which was accused of promoting transnational consensus in an effort to nullify the agencies of local electorates. This notion was also explicitly put forth in the first communique issued by Moro’s captors two days after the kidnapping. In it, the BR speak of a “transformation in the European area of the now surpassed liberal nation-states into imperialist states of the multinationals” at the service of global capital. It is the definition of what we now refer to as neoliberal capitalism, and, concomitantly, an argument very much in line with contemporary populism’s presentation of Troika (the triumvirate formed by the European Commission, the European Central Bank, and the International Monetary Fund) as the threat to national sovereignty responsible for the austerity policies that have dismantled the European welfare states. In 1978, when the nemeses of those involved with acts of social antagonism in Italy were both very concrete and very local (factory owners, landlords, the police), this talk of supranational superstructures arguably appeared abstract, intangible, and too universal (despite the BR’s commitment to local ground combat), thereby creating an unbridgeable gap between the insurgents and the social blocs they claimed to represent.

In 2018, however, not only have these critiques of supranational capitalism become tangible and understandable, in fact the bread and butter of popular mainstream discourse (hence the frequent use made of these critiques by populists), they have also become quite stably a prerogative of the Right. In Italy, the terrorist Left of the 1970s thought it could oppose what it saw as an increasingly global, imperialist capitalism with the ideology of revolutionary internationalism (illusorily conceiving of the Italian “battleground” as comparable to that of Vietnam or Angola). Disowning internationalism, the electorally successful Italian populist Right of today uses instead the appealing rage of racist nationalism (the notion of a dangerously borderless nation in which foreign individuals penetrate to steal Italian jobs and foreign entities can dictate labor policies), in order to make tangible, understandable, and shareable a critique of supranational capitalist interests that sinks its roots in the tradition of the radical Left. The result is that whatever remains of the Left in Italy has found itself cornered in what the Right calls “radical chicness,” a “cramped space” (to invoke a phrase of the 1970s) whence this Left is at once unable to attend to people’s everyday concerns (for fear of having to cater to the masses’ potentially unprogressive lowest common denominators) and reluctant to re-appropriate a preoccupation for national sovereignty (in order not to betray its innate cosmopolitanism and traffic with right-wing nationalism).

Within most sectors of the Italian Left the tendency has been to delegitimize the ideology of right-wing populist electorates by dismissing it as xenophobic and isolationist paranoia (lumping it with Brexit and Trump, typically), while at the same time attempting to combat this ideology with an equally paranoid rhetoric (fueled by the notion of the return of Fascism). This has prevented the Left from doing what traditionally has been its prerogative: analyze the “conditions on the ground.” In the 1970s, the analysis of the insurgent Left had wrongly prognosticated that violence would be the masses’ preferred strategy, but its diagnosis (on capitalism’s vested interest in the waning of national sovereignties) had arguably been farsighted. Now, the Italian Left has disowned that diagnosis–allowing the Right to appropriate it–despite the fact that people across Europe have concretely suffered from Parliament’s progressive inability to independently legislate economic policies. Greece is the most evident example. With the exception of a minority of voices and despite the European Union’s regressive policies (even on issues that the Left should hold dear, such as extra-European immigration), the Italian Left’s Europhilia has been growing since the 1992 Maastricht Treaty, perhaps driven by the utopian thought of a “socialist but democratic” United States of Europe replacing the Soviet Union in its struggle against the United States of America. In so doing the Left has moved further from the needs of local constituencies (and their votes) and closer to those of global financiers.

Stefano Ciammaroni is an independent scholar. He has a PhD in Cinema Studies from New York University and teaches film studies at Imperial College London and the University of the Arts London. He has written on Italian film and politics and the intersection of film and political theory. He lives between Rome and London.