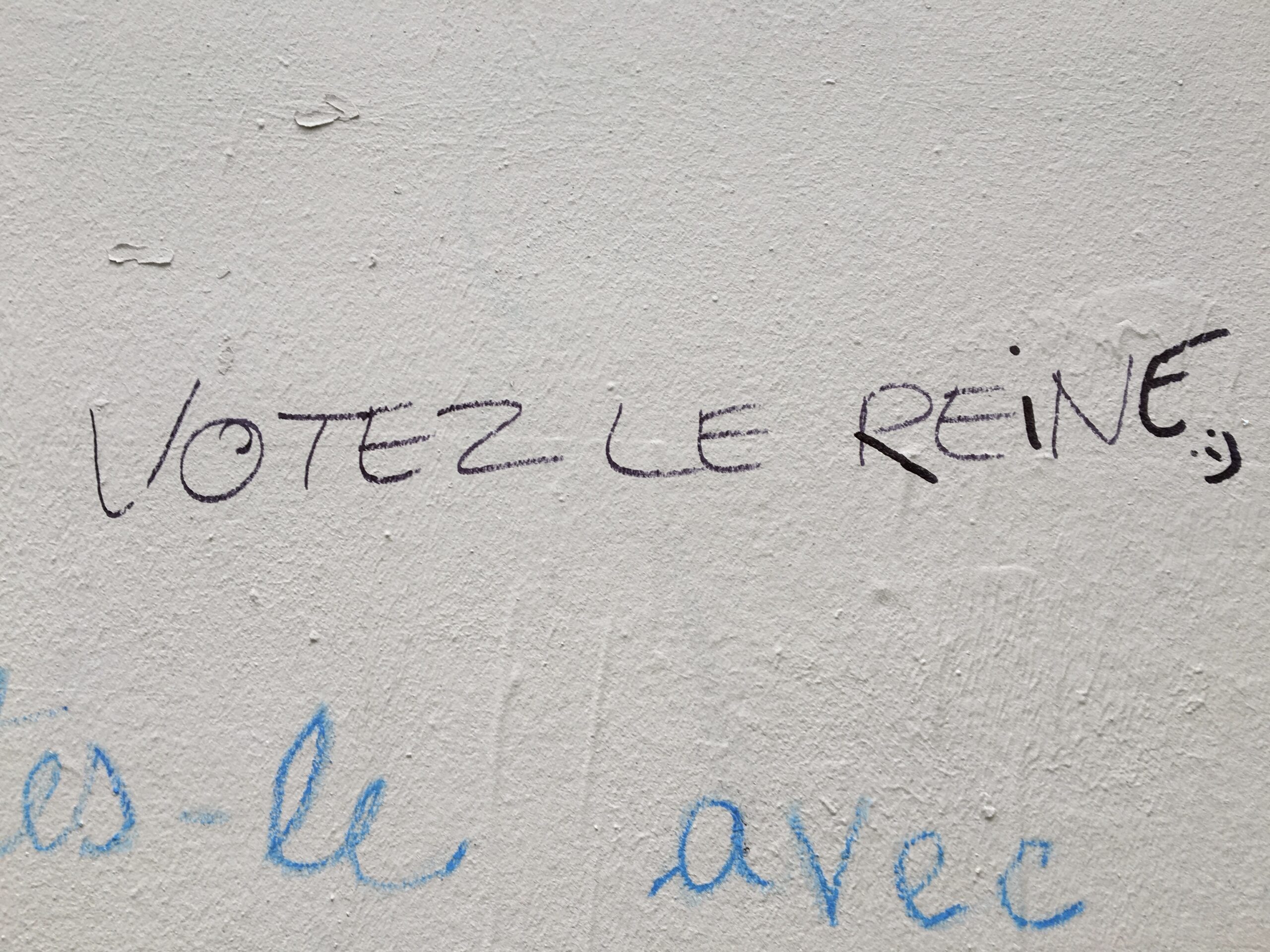 All journalists and commentators predicted that the first round of the French presidential elections could bring about real surprises; but, in fact, it didn’t. Well, at least not really. Of course, with the qualification of Macron and Le Pen, it is the first time since the establishment of the 1958 Constitution that the two traditional parties that have governed France have each been eliminated in turn from the competition right from the first round. Both parties—the Gaulliste, rightist Les Républicains and the Socialist Party (PS)—have, over the last ten years, been undergoing a process of disintegration now so advanced that it is not certain either will survive the failure to send a candidate to the Elysée Palace.

Neither the Républicain Fillon nor Socialist Hamon reaped the benefits of the new, primary-based election structure, initially regarded as a great achievement for democracy. And although Fillon was the surprise winner of the Républicains’ primary, leaving former Prime Minister Alain Juppé far behind, his candidacy soon became irremediably enmired in scandal via allegations of fraud and nepotism that have become known as Penelopegate, after Fillon’s Welsh wife. Fillon had enrolled her as his parliamentary assistant for years—which is not illegal in France—allowing her to receive a comfortable salary. However, no one was able to find any trace or evidence of her actual work. It was also discovered that Penelope had received payment for writing “review notes” for La revue des deux Mondes, a venerable institution currently run by a close millionaire friend of Fillon–but again, no evidence of the work turned up. After police interrogations and criminal charges, Fillon claimed he was the victim of a conspiracy, even accusing François Hollande of having organized a “black cabinet.”

Fillon’s position in the opinion polls consequently plummeted. Branded a hypocrite—he was the candidate who advocated austerity, planning to cut the number of civil servants by 500,000 by the end of his mandate—he created a crisis within his party. A split emerged between those who begged Fillon to step down and those who continued to support him.

But Fillon’s elimination from the pole position (he is an amateur race car driver) did not benefit the Socialist Benoît Hamon. A senior minister in Hollande’s government, Hamon resigned, along with three other ministers, in protest against Hollande’s liberal economic policies. Many Socialists resented Hamon’s behavior during Hollande’s mandate, and consequently withheld their support. Still, throughout Hollande’s presidency, more and more Socialist Party members grew dissatisfied with the government’s choices, such as offering companies forty billion euros’ worth of payroll tax breaks in order to boost hiring while simultaneously creating new industrial relations laws to facilitate layoffs. In 2016, opposition to the bill drove thousands of people into the streets for weeks, sometimes leading to very violent clashes with the police. In the end, Prime Minister Manuel Valls faced such opposition within his own majority on the part of the rebellious MPs, the Frondeurs, that he had to apply an article of the Constitution which enables the government to pass a bill without the approval of a majority in Parliament, if it is deemed urgent and necessary.

The Socialists became deeply divided between those who approved of Hollande and Valls’ turn to social liberalism, and others who considered their policies a betrayal of the leftist commitment to protect the rights of workers, to keep the excesses of capitalism in check, and to fight social injustice.

This did not benefit Hamon in the election. Many of those who voted for Hollande vowed they would never give their ballots to a socialist again. What’s more, after he was chosen in the primaries, Hamon wasted a long time trying to negotiate alliances with the Environmentalists (who bargained their support at a very high price) and with the fourth character involved in the competition, besides himself, Fillon, and LePen: Jean-Luc Mélenchon.

Mélenchon has been the only real surprise of these elections and his role, as I am writing these lines, has become absolutely essential in the final outcome this Sunday. Mélenchon broke away from the Parti Socialiste in 2008 because of his opposition to the liberal turn adopted by the Party. He ran in the 2012 Presidential elections under the banner of “Front de gauche,” an alliance between various leftist groups, including the Communist Party. He ended up with 11% of the votes; later the same year, he ran against Marine Le Pen in the legislative elections, but lost badly. For his 2017 campaign Mélenchon decided to create a new movement called “Unbowed France”; during his meetings, the tricolor replaced the red flag, and the singing of La Marseillaise replaced L’Internationale. Mélenchon consistently speaks of “le peuple,” refers to the French revolution, and advocates the return to economic protectionism and the abolition of the EU treaties, as well as France’s leaving NATO. In the past, he has been a supporter of Hugo Chavez and an admirer of Fidel Castro. He has his own YouTube channel, which is visited by more than 350,000 YouTubers. He also surprised everybody by using a hologram of himself, which allowed him to appear on stage in several places at the same time. There was a huge turnout at his meetings. Mélenchon is considered an excellent orator, able to speak for hours without any notes, addressing people as “les gens,” and peppering his talks with various literary or philosophical quotations. Over the last weeks of the campaign, his ratings in the opinion polls rose steadily, so that he started to appear as a possible challenger to Le Pen.

From the start, the problem for leftist voters was to avoid at all costs having to choose in the second round between Le Pen and Fillon: some had resigned themselves to voting Macron. But now many of those voters felt that there was a real opening for Mélenchon to be in the second round. In the last weeks before the first round, the debate was fierce between those who believed that the possibility of a Le Pen-Fillon confrontation should be avoided at all costs and those who argued that this consideration should not prevent a vote in favor of Mélenchon. Confidence in Mélenchon’s chances grew as the last opinion polls showed that the four candidates came very close to one another and were liable to qualify.

Mélenchon came in fourth after Macron, Le Pen, and Fillon. In this respect, last Sunday’s results, unfortunately, came as no surprise: Le Pen, whom opinion polls had placed first for months, qualified. Although she came in behind Macron, over 21% of French voters expressed their choice of Le Pen as President, and since the first round the figure has gone up to 38%.

There should be no mistake as to who Marine Le Pen really is: even though she has worked hard to smooth out the image of the National Front created by her father Jean-Marie, who was probably involved in acts of torture during the war in Algeria, her discourse revolves around the notion that all of the problems facing France are due to immigrants—by which she mostly means Muslims. She poses as a defender of French “laïcité” and of feminism by calling for a total public headscarf ban. Exploiting the terrorist attacks which have killed over 200 people in France since 2012, she calls for a kind of ”Muslim ban” for all those with a record of criminal offense, no matter how minor. She wants to prevent the children of undocumented immigrants from attending school.

Her other obsession is with Europe, and she is promising a referendum on “Frexit” in the months following her election. On this point she treads carefully, as polls show that the French are not so willing to leave the Euro behind and to revert to a national currency.

Commentators have argued that the results of the first round show that France is deeply divided between those who are comfortable with globalization and look forward to the future with confidence—and who voted Macron—and those who experience globalization as a threat and are pessimistic about their futures and those of their children—who sided with Le Pen. This divide, according to some, is also reflected geographically by a gap between big city dwellers and inhabitants of smaller country towns, where the public services have receded and where shopping malls have been the death of privately-owned, downtown businesses.

Contrary to Le Pen, Macron is a convinced pro-European, the pure product of the French élite, having graduated from ENA, the National School of Administration, like most French politicians. Even though he was Hollande’s Minister for Finance and is credited for inspiring the “El Khomri” bill on industrial relations and labor laws, he managed to distance himself from his mentor by cunningly resigning from his post one year before the elections and creating his own political movement, “En Marche!”

Macron is clearly a (neo)liberal. He wants to encourage business and enterprise by loosening legislation on labor and cutting down on the cost of labor and of taxes. For example, he made it possible for businesses to open on Sundays in some tourist areas. He is also a liberal on matters of individual rights: he is in favor of marriage equality, gender equality, abortion rights, etc. He never speaks of immigrants, refugees, or asylum-seekers as being a problem.

Nevertheless, since last Sunday, Mélenchon supporters have expressed their reluctance, or even their utter refusal, to vote for Macron even if it were to bar Le Pen from acceding to power. They argue that France has had enough of “ultra-liberalism,” that they do not wish to give a blank check to Macron, that his policies will inevitably lead to the election of Le Pen in five years anyway, since his liberal solutions will do nothing to appease the despair of the working class. Mélenchon himself has notoriously declined to endorse Macron in order to beat Le Pen, instead inviting his supporters to participate in an online straw poll about what they will do on May 7: abstain, use a white ballot, or vote for Macron.

Despite the threat of seeing the fifth economic power in the world, the central pivot of the EU alongside Germany, be ruled by a bunch of racist, negationist, neocolonialist, reactionary, and xenophobic crooks—Marine Le Pen has been charged with embezzlement by the European Parliament—many leftist voters are indeed tempted by abstention. Their numbers, added to the numbers of Fillon supporters who cannot accept the prospect of electing what they call an “anti-family” candidate, make the election of Le Pen a possibility.

In 2002, thousands of people demonstrated in the streets against the qualification of Jean-Marie Le Pen against Jacques Chirac, and the latter won over 82% of the votes. Yet no such opposition is currently being voiced, except perhaps on social media. This year’s traditional May Day demonstrations saw the trade unions march under different banners, as well as violent clashes with the police triggered by “Black Bloc” protesters, that is to say anarchists. The absence this time of a Republican front to say no to Le Pen not only reveals how deeply entrenched the National Front has become in French political life; it also exposes how harmful the policies applied in the last twenty years have been. Unemployment has continued to run high, deregulation has been introduced in all areas, new technology has prompted rapid change, there has been increased competition between new economic powers, French anxieties about globalization have remain unresolved, the EU has failed to provide growth and protection, and the gap has grown between those who benefit from the system and those who are or who feel excluded.

And there’s more. Even if Macron is elected next Sunday and France is clear of the danger of an extreme right government, Macron will still have to find a majority in Parliament to be able to implement his policies. That’s where Mélenchon and his supporters could fully play their part, without risking the election of Le Pen.