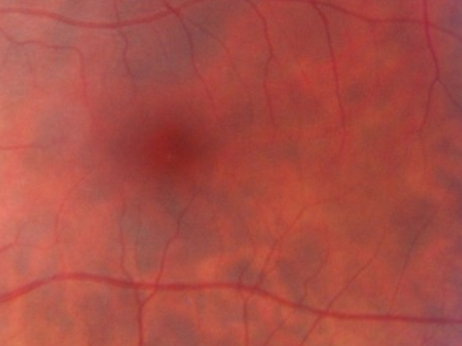 When director Richard Williams set out to make Who Framed Roger Rabbit? in 1988, no one had really attempted anything like it before.

Although, of course, people had.

If you’re anything like me, for example, you remember the several extraneous animated sequences in Bedknobs and Broomsticks, a downbeat 1971 film featuring Angela Lansbury and, weirdly, David Tomlinson, acting like he knows the movie is Mary Poppins’s dark reflection and that’s why he loves the role. In one scene, the bear throws them out on the beach:

Similarly incongruent sequences appear in films like The Three Caballeros, So Dear To My Heart, and of course, Mary Poppins.

People other than the animators at Disney worked with these types of scenes too, but those are the first that come to mind for me.

Max Fleischer, for example, did this in shorts featuring Koko the Clown.

According to a memoir by his own son, Max Fleischer used to murmur, “Son of a bitch,” at the mere mention of Walt Disney’s name.

Because animation had heretofore, within the context of live action films, confined itself mainly to show pieces and other spectacular box office draws, Richard Williams was faced with a unique set of issues.

MEMO TO ALL ANIMATORS

This is text from a block letter memo by Richard Williams from August 1987.

A MAJOR PROBLEM HAS JUST LEPT OUT TO FACE US.

The memo includes a cunning cartoon of Roger Rabbit and Eddie Valiant, Bob Hoskins’s character. Roger and Eddie face one another, little dotted lines between their eyes.

THE EYE LINES BETWEEN CARTOON CHARACTERS AND LIVE ACTION ONES ARE PROVING INCREDIBLY CRITICAL.

Without the sense that the animated rabbit was both seeing and being seen by Bob Hoskins, audiences could not accept them as mutually emotionally invested.

(NO WONDER MARY POPPINS WAS AWFUL IN THIS REGARD)

Of course, in Pete’s Dragon, which is 1977, you have to buy the emotional connection between the dragon and Pete. These animators discovered a monster and a child aren’t the same as an animal and a cop.

THE WHOLE TRICK IS BLOWN IF THE CARTOON PERSON DISCONNECTS HIMSELF FROM THE LIVE ACTOR’S EYELINE.

You may say, Eddie Valiant is a private detective, not a cop. Actually, he is an ex-cop.

You might say, “Who Framed Roger Rabbit? was directed by Robert Zemeckis.” I would then say that the memo I’m interested in here was by Richard Williams, who supervised the film’s animation and is thus equally if not more responsible for the film’s success—and I mean that both financially and artistically—all of which I say because I really don’t like Robert Zemeckis’s work. I’d prefer to think of Who Framed Roger Rabbit? as a film by an animator.

THE WHOLE TRICK IS BLOWN IF THE CARTOON PERSON DISCONNECTS HIMSELF FROM THE LIVE ACTOR’S EYELINE.

There’s a real tenderness to the idea that the cartoon person is “disconnecting himself,” that the animator needs to carefully bring him back into the family.

IT SEEMS THAT ONLY 2 OR 3 FRAMES WRONG IS ALL THAT IS NEEDED TO BREAK THE ILLUSION.

There are lots of reasons people don’t make eye contact—like an autistic person might not, or a trans person who doesn’t want people looking too closely might not. I am autistic and trans, but I habitually do.

I did not make eye contact as a young person, and I refused to watch films that were not animated because they terrified me.

The club scene in Who Framed Roger Rabbit? is the first time Mickey Mouse and Bugs Bunny officially appeared on screen together.

I don’t know whether this was a first, but Betty Boop, Max Fleischer’s most famous creation, also appears in that scene.

Singer and actress Helen Kane sued Max Fleischer for stealing Betty’s distinctive “boop-oop-a-doop.” Fleischer’s lawyers proved in court that Kane had seen a woman named Baby Esther sing like that at New York’s Cotton Club, where the audience was white like Helen Kane and the performers were black like Baby Esther. Fleischer’s lawyers successfully argued that they had simply stolen from a thief.

When I see Betty Boop on screen together with Daffy, Mickey, and Jessica Rabbit, I think about the way I used to feel when I would see Pride materials featuring different genders and races of people.

It does feel different, knowing that those actors probably are not or would not be friendly with each other in real life.

I was a very optimistic young person.

Confusingly, I knew a lot of actors who were friendly with each other in real life.

What’s a person supposed to do with that?

Of course, these actors were all either the same as each another or trying to be.

I am not suggesting that Who Framed Roger Rabbit? is some kind of revolutionary “hybrid text.”

Who Framed Roger Rabbit? is a mainstream film produced by the notoriously rapacious Disney company, which also released a film by my father two years later, in 1990, which they opened with the same cartoon short that opened Who Framed Roger Rabbit? This choice was part of an intensive promotion scheme based on the success of 1989’s Batman, which had also had an intensive promotion scheme, one that my father went on 20/20 and called “anti-cultural.”

I am not suggesting that my father’s film flopping is the revolution.

If I thought I had anything helpful to say about the revolution, at least in the context of this poem, it wouldn’t be about Who Framed Roger Rabbit?

For whatever good it does anybody, Adorno and Horkheimer’s essay about the culture industry is free to read online.

I do spend a lot of time “disconnected from the live actor’s eyeline,” although I don’t do this myself.

Neither can a cartoon really be said to do a thing “himself.”

If I really like or dislike someone I encounter in the gay world, I will often describe them as “like a cartoon.”

I am also accustomed to people, particularly in Hollywood, comparing transsexuals unfavorably to cartoons. This is no judgment on Hollywood in particular, as that is simply where I grew up.

In the drawing on the memo, of course it can’t be the live action Bob Hoskins, so there’s a cartoon of Bob Hoskins. Next to the cartoon of Roger Rabbit. So they’re both cartoons.

THIS OBVIOUSLY HAS NEVER BEEN FACED OR SOLVED PROPERLY BEFORE BUT SOMEHOW WE HAVE TO.

Author’s Note: Dick Tracy (1990) did not actually generate a deficit; this claim in the poem is untrue, and is present for artistic purposes.

Stephen Ira is a writer and performer. His poetry has appeared in venues like Fence, Poetry, and tagvverk. He co-founded and co-edited Vetch: A Magazine of Trans Poetry and Poetics. He has performed at venues like La Mama and Dixon Place. “I Have To Think Of Us As Separate People,” a short film he made with Chris Berntsen, premiered at OutFest in 2019 and has since been screened worldwide. In 2013, he was a Lambda Literary Fellow. He has an MFA from the Iowa Writers’ Workshop. He is currently a poetry editor at the speculative magazine Strange Horizons.