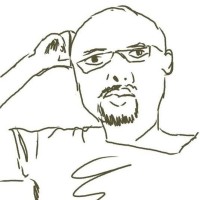 “When they go low, we go to war.” —Anonymous “This is a show tune, but the show hasn’t been written for it yet.” —Nina Simone 1. Incivility is anger directed at unjust civil ordering. It is a rage directed at … END_OF_DOCUMENT_TOKEN_TO_BE_REPLACED

The following is an edited transcript of an e-mail interview between the artist Luke Willis Thompson and Social Text editor Tavia Nyong’o that was conducted over the spring and summer of 2015, during and after the New Museum triennial, within … END_OF_DOCUMENT_TOKEN_TO_BE_REPLACED

Can the subaltern speak? No, but she can certainly sob, with tears of raking loss and, a few rapid film cuts later, tears of heartwarming gratitude. I learned that much watching Kony 2012 this morning, even if, like most people from the … END_OF_DOCUMENT_TOKEN_TO_BE_REPLACED

Call me a sissy, but I’ve never particularly cared for being referred to as cisgender. Still, the work of transgendered activists within Occupy Wall Street has been one of things that keep me optimistic. At a November 13th teach-in at Zuccotti Park, just days before the brutal eviction, trans activists took over the people’s mic for an hour-long lesson in occupying gender, educating their non-trans listeners on the unearned privileges we enjoy whenever we conform to ascribed gender; outlining the work that groups like the Sylvia Rivera Law Project have long been engaged in, against police violence and medical pathologization; and outlining pragmatic and principled tactics for an occupation open to trans and cis-gendered people alike.

Technically, I never worked on Wall Street. But, for a difficult year in my early twenties, I did don a suit at the crack of dawn and schlep down to one bank or another in the financial district or, occasionally, to one of its outposts in Long Island City, Queens, or Stamford, CT. Citibank, Chase Manhattan, American Express, Swiss Bank. I was a perma-temp in a series of glorified secretarial pools, the highest paid work my liberal arts degree could secure me, even in the middle of the Nineties dot com boom.

Season Three of HBO’s therapy verite series is now airing, so of course I am glued to the tube. This season’s analysands — whose sessions grants us a fly-on-the-wall view of — are especially engrossing. Jesse, the promiscuous, talented gay teen; Frances, the narcissistic mid-career actress; and Sunil, the postcolonial melancholic.

125 years after the Berlin Conference inaugurated the Scramble for Africa, Black Berliners and their allies marched through the streets of the Kreuzberg neighborhood.

I’m no native informant. But I gather that the song featured prominently in the Broadway show Fela! means something like “nobody hates something as useful as water.” Make yourself as indispensable as this, goes the implied wisdom, and any detractors you gain will just look silly. An appropriate motto for a musician like Fela Anikulapo-Kuti …

Don Belton, a professor of English at Indiana University, was tragically killed by an assailant who, many in his local queer community are concerned, may seek to use a variant of the notorious “gay panic” defense. They are also concerned that hateful, racist, and homophobic remarks have been circulating on messaging boards under articles about Don’s murder.

Those who missed this — or who couldn’t take it all in — can now read organizer Trebor Scholz’s detailed and informative “post-mortem conference mashup.”

“So many scholars read anxiously, with a hope not to learn, not to be discomposed by learning. They fish in indexes looking for confirmation of not being trumped, they skim the surface hoping that no phrase catches them. The aversion … END_OF_DOCUMENT_TOKEN_TO_BE_REPLACED

After world leaders gathered in Copenhagen to manage climate change from above, activists and demonstrators around the world struggle to hold them accountable. Ashley Dawson introduces a new forum on climate politics.