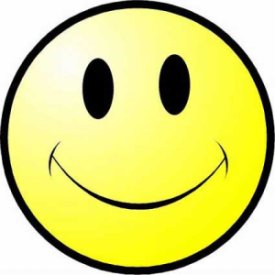 In her sweeping new work The Promise of Happiness, Sara Ahmed provocatively challenges the idea of happiness as a necessary social good. Ahmed delivers a compelling and engrossing argument about the normative functions of the teleological desire called happiness. The social injunction to be happy is constantly around us, and Ahmed engages in a startling polemic against the inherent goodness of happiness.  In “The Theses on the Philosophy of History” Walter Benjamin has written, “reflection shows us that our image of happiness is thoroughly colored by the time to which the course of our own existence has assigned us” (253-254).[1]  Not only is happiness culturally conditioned, so is how we think about happiness. Ahmed’s basic question is: what forms of subjectivity are foreclosed by the seemingly universal drive towards happiness? How do the narratives of the happy family, happy worker, happy native, or happy citizen work to dismiss people? Against a socioeconomic backdrop predicated on desire, consumption, disaster, and greed Ahmed strives to open a space to resist the compulsory smile or nod.

The central concept of The Promise of Happiness is the “affect alien.” According to Ahmed we feel affect as alienation when we experience a “gap between the promise of happiness and how [we] are affected by objects that promise happiness”(42).[2]  The affect alien feels the wrong thing at the right time, or the right thing at the wrong time–as she puts it near the end of the text in both cases “feeling at odds with the world or feeling that the world is odd”(168). Ahmed’s text is rich with readings of these gaps, and the navigation of the spaces between the promise of happiness and the feeling of happiness productively grounds her text. When Ahmed introduces the affect alien she does it deftly and quickly through juxtaposing receiving a “save the date” card to someone’s wedding and slinking further into her seat at a movie while everyone around her laughs at a joke she does not find funny. These two examples do a lot of work for Ahmed. In the last twenty years the first example has become instantly and recognizably political and though the second is less immediately so, it confers a feeling of shame to the reader because of a recognition of the deep stigma of being out of step with the “normal” reaction to something. The combination of examples captures much of what is wonderful about Ahmed’s approach; the pairing of a more overt or obvious political moment with what seems, at first, a fairly personal reaction to the world. Yet they work together to isolate a similar, recognizable and familiar response that coalesces into the figure of the affect alien.

Ahmed organizes each chapter around a different version of the affect alien: Feminist Killjoys, Unhappy Queers, Melancholic Migrants, and the less descriptively titled “Happy Futures” (Raging Revolutionaries!). If anyone doubts the critical need for meticulously thinking through the ubiquitous compulsion for happiness, Ahmed forcefully answers why the study of affect is important by thoughtfully engaging with the “unhappiness archives” produced around these figures. The injunction to be happy manifests itself as a normalizing stricture that when questioned, according to Ahmed, allows us to ask “other questions about life, about what we want from life, or what we want life to become” (218). Evocative readings of texts by Rita Mae Brown, James Gunn, Radclyffe Hall, Toni Morrison, and Virginia Woolf and films like Bend it Like Beckham, Children of Men, and If These Walls Could Talk 2 propel her argument about ways happiness obscures the possibility of different ways of being in the world. Ahmed juxtaposes these readings with a refreshingly inclusive discussion of affect. Though she firmly places The Promise of Happiness within the tradition of queer and feminist affect theorists like Eve Sedgwick, Lauren Berlant, Ann Cvetkovich, Teresa Brennan, Sianne Ngai, and Heather Love, Ahmed also engages with the line of affect studies influenced by Benedict Spinoza, Friedrich Nietzsche, Gilles Deleuze, Rosi Braidotti, and Brian Massumi. Her conclusion “Happiness, Ethics, Possibility” productively embarks on a reading of both lines to open an arena for embracing affirmative and negative affective possibilities.

Beneath happiness the undercurrent connecting each chapter is Ahmed’s focus on the troublemaker as the discursive site for disciplining (why do you refuse to be happy?) and resistance (I refuse to be happy!). Ahmed most clearly deals with the “intimacy of trouble and happiness” in her readings of nineteenth century Bildungsroman novels by women writers that offered “rebellion against Emile in the narrativization of the limitations of moral education for girls and its narrow precepts of happiness” (60). The dissonance between the troublemaker and the well-behaved person makes explicit the ways happiness is about “the narrowing of horizons” and the tightly bound relationship between happiness and normalcy (61). In this chapter Ahmed is specifically engaged with “feminist killjoys,” but the narrowing of imaginative horizons because of the narrative of happiness is one of Ahmed’s more powerful insights. Ahmed argues for an ethics of possibility not curtailed by the drive for happiness. “Affect aliens can be creative: not only do we want the wrong things, not only do we embrace possibilities that we have been asked to give up, but we create life worlds around these wants” (218). For Ahmed, “the struggle against happiness as a necessity is also a struggle for happiness as a possibility” (222). The emergence of the possibility for unhappiness, happiness, and the wide range of other potential affects is the key political and ethical challenge of The Promise of Happiness.

Often Ahmed’s language is a joy, and her work on each case study is filled with insight and rigor as she doggedly traces the social networks of dominance concealed and congealed around happiness. Yet reading The Promise of Happiness is a little akin to being an affect alien. In part because by the time the text closes Ahmed has made it increasingly apparent that everyone might stand in as exemplary of the kind of separation between promise and happiness she explores here. Though Ahmed balks at calling the final chapter “the raging revolutionary” because “that figure seems to gather too much, thus saying too little,” what begins as the investigation of a concept through a series of challenging case studies finally becomes diffuse enough to wonder why she didn’t just stick with the original title (18). This criticism aside, The Promise of Happiness is an important intervention in affect studies that crucially approaches one of the major assumptions guiding social life: the assumption that we need to be happy.