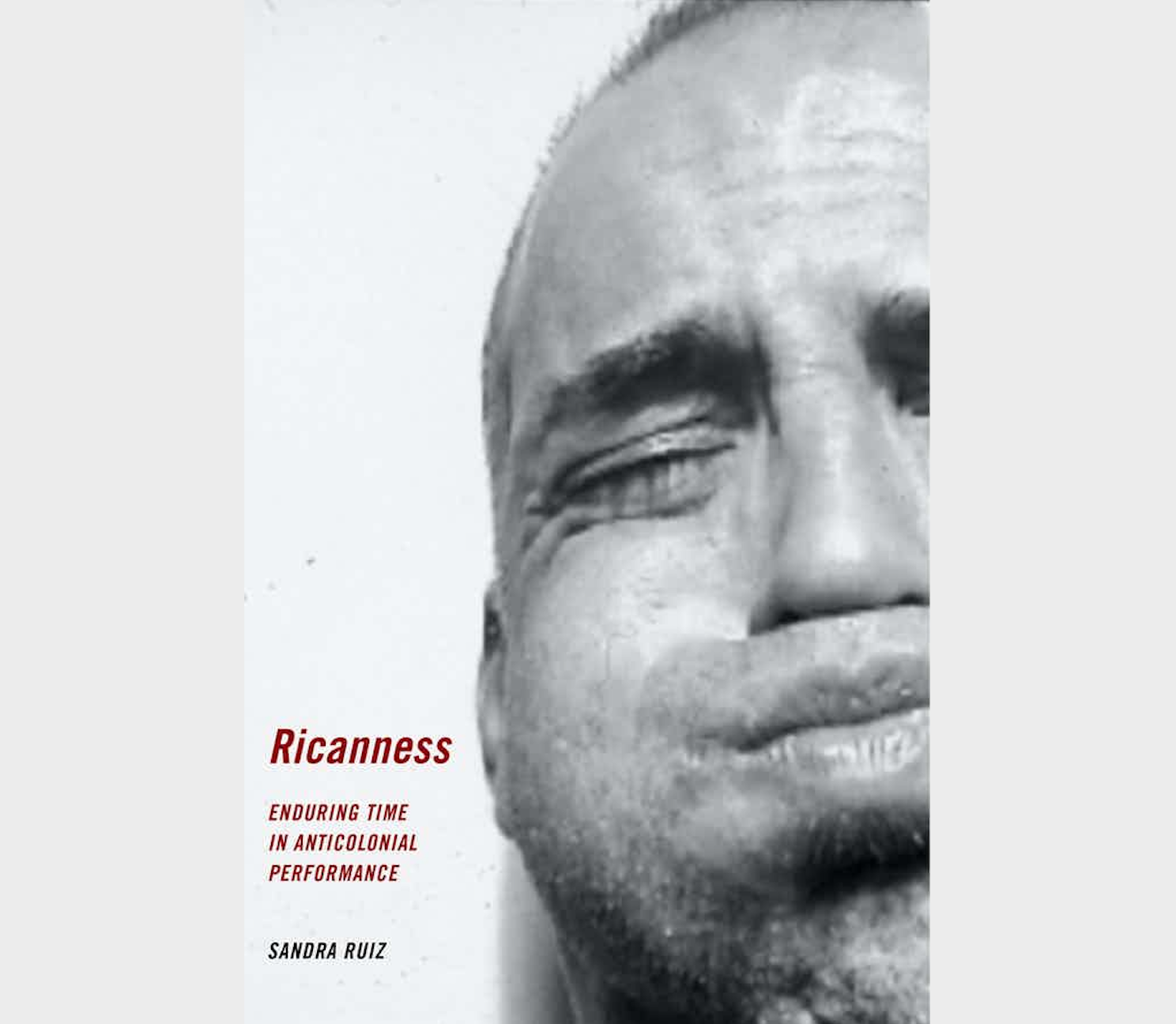 Frankfurt School philosopher Herbert Marcuse observes that “Art breaks open a dimension inaccessible to other experience, a dimension in which human beings, nature, and things no longer stand under the law of the established reality principle” (72). This, in short, is the political function of art for Marcuse: to forge new worlds through aesthetic experience. Indeed, he writes, “a work of art can be called revolutionary if, by virtue of the aesthetic transformation, it represents…the prevailing unfreedom and the rebelling forces, thus breaking through the mystified (and petrified) social reality, and opening the horizon of change (liberation)” (xi). When Marcuse wrote these words in 1977, the New Left (with which Marcuse himself was associated) was fizzling, and the set of political-economic policies, institutional reconfigurations, and cultural shifts designated under the broad heading of “neoliberalism” had already begun to be installed. Today, a new world order is emerging—one characterized not only by disaster capitalism and economic precarity, growing environmental challenges, and the rise of authoritarianism, but also by new movements for social liberation, economic justice, and sustainable futures.

The recent history of Puerto Rico puts these contradictions into sharp relief. In a July 2020 New York Times article about the COVID-19 pandemic in Puerto Rico, for example, the authors note that “the island has had to weather a hurricane, a political crisis and earthquakes, but those crises did not lead to the widespread unemployment caused by the response to the corononavirus pandemic” (my emphasis). While the article emphasizes the on-going suffering and victimization of Puerto Ricans, the word “weather” conjures too a sense of struggle, resiliency, and living-through—qualities evident in the protests and general strike in 2019 or in the hundreds of Puerto Ricans’ alliance with the Black Lives Matter and trans-Pride demonstrations in June 2020. This concern around resiliency and living-through as it is performed in the aesthetic dimension is the subject of Sandra Ruiz’s recent book Ricanness: Enduring Time in Anticolonial Performance (NYU Press, 2019). At once challenging and generous, forcefully-argued and nuanced, Ruiz’s work demonstrates how endurance, suspension, and waiting characterize Rican subjectivities, and how aesthetic performance both reveals and confronts the colonial (and postcolonial) logics that inform these subjectivities. As Marcuse might say, these performances are simultaneously representational and revolutionary.

Ruiz draws on an expansive and eclectic theoretical archive to analyze her case studies, including the anticolonial thought of Frantz Fanon; the phenomenology of Heidegger, Bergson, and Merleau-Ponty; Friedrich Nietzsche’s philosophy of ontology; and Latinx Studies among others. Not merely deploying the Western tradition to make her arguments, Ruiz rather “read[s] Ricanness into philosophy”—in other words, she implicates Western philosophy in the constitution of colonialism and Ricanness while reshaping some of its key ideas (19).  Ruiz achieves this throughout the book by staging various sets of dualities: space/time, particular/universal, interiority/exteriority, mind/body, acceleration/deceleration. The terms operate not in a dialectical or either/or relationship; rather they are overlaid on each other, functioning in a both/and relationship. The question of space and time is paramount here. As a “commonwealth” of the United States, Puerto Rico is neither a colony, post-colony, nor sovereign state; it remains suspended, both inside and outside of linear time. Past, present, and future condense into one–or rather they loop, as in the video installations of artist Ryan Rivera (discussed in the book’s fourth chapter). It is for this reason that a sense of waiting and anticipation characterizes Rican subjectivity. As with Nietzsche’s concept of eternal recurrence (which plays a prominent role throughout the book), the looping time that defines Ricanness refers not to a return of the same or a looping back to the same, but rather to multiple beginnings. As Gilles Deleuze rightly observes, “Identity in the eternal return does not describe the nature of that which returns but, on the contrary, the fact of returning for that which differs. This is why eternal return must be thought of as a synthesis; a synthesis of time and its dimensions, a synthesis of diversity and its reproduction, a synthesis of becoming and being…” (48). In a similar vein, Ruiz argues that “Ricanness functions as a continual performance of bodily endurance against US colonialism…The Puerto Rican situation exists simultaneously under too much time and timelessness” (25).

Just as the treatment of her theoretical archive is incisive and compelling, so too are Ruiz’s readings of her various case studies. In the book’s introduction for example, Ruiz examines Puerto Rican photographer ADAL’S series Puerto Ricans Underwater/Los ahogados, which depicts various individuals suspended underwater in a bathtub while money, plantains, and other objects float above. The photos were initially composed as a comment on Puerto Rico’s debt crisis but take on new meanings in the aftermath of Hurricane Maria. In her analysis of the performance art of Papo Colo in Chapter 2, Ruiz finds a kind of potential and capacity in exhaustion, endurance, and even imminent death. In his performance piece Superman 51, Colo wore a cape of 51 strands of rope with wooden sticks attached to each one, representing, as he said, “the fifty states and the one that wants to be” (qtd. in Ruiz 76). In an act of deliberate exhaustion, Cola sprinted down the West Side Highway in the summer heat, eventually slowing down, stumbling, and collapsing to the ground. For Ruiz, “Colo merges aesthetics and politics through the corporeal, demonstrating how they are imbricated with defeat for the colonial subject, but also the will to triumph over such lack” (79). In his failure to be the idealized superman from the comic books, “Colo’s bodily act becomes a site of and for Ricanness—a way of being in the world always on historical loop” (79).

While Colo presented a kind of eroticized hyper-masculinity in his performances, Dolores “Lolita” Lebrón Sotomayor displayed a hyper-femininity with her coifed hair, manicured eyebrows, high heels, and crimson lips as she (in)famously opened fire on the House of Representatives in 1954. Ruiz reads Lebrón’s act of insurgency as simultaneously aesthetic, political, and psychic as she would become the face of Puerto Rican liberation movements in the days and years that followed. “I didn’t come here to kill, I came to die,” Lebrón said upon arrest, signaling her ambiguous iconography: as a hysteric and revolutionary, a beauty queen and political visionary, dressed that day both as a femme fatale and for her own funeral. While Lebrón interrupted colonial time when she shot bullets into Congress, she also revealed a truth about existence under colonial rule: in offering her own death for the life of her nation, Lebrón affirmed the non-linear futurity characteristic of Rican subjectivity. She stopped colonial time for an instant only to endure time for 25 years in prison and as an activist in the years following.

Ruiz’s close readings of her case studies are detailed and often challenging. They also reveal her closeness to her subjects, a kind of love that is sometimes ambivalent. This intimate ambivalence is most apparent in her stunning reading of Pedro Pietri’s 1974 play, The Masses Are Asses. Set in the cramped spaces of a filthy toilet stall and hallway closet in the South Bronx and a make-believe French bistro in Paris, the play’s two characters Lady and Gentleman exchange banter about everything from work to taking a shit as the action oscillates frenetically among the settings—and between fantasy and reality. The fast pace of the movement and dialogue underscores how the “compression of time often converts into social space,” creating a vertiginous effect for the spectator as the boundaries between consumption and excrement, affluence and poverty, man and woman collapse (104). The Masses Are Asses dramatizes the abject and in doing so “it also indexes Ricanness—and by consequence, Brownness—as disposable/unflushable ontologies with impending anticipation and pleasure, release, and exemption” (121). Pietri creates a sense of discomfort around the abject through abrupt interruptions in the dialogue or by everyday sounds of telephone rings or police sirens in the background. The play foregrounds how multiple temporalities—the perceived, the durational, the psychic—shape Ricanness as both punctuated and elliptical.

In Ricanness, Ruiz nimbly juggles multiple concepts and themes in her analysis of Rican aesthetics and politics. I use the word juggle as it captures both the author’s virtuosic handling of the theory and case studies, but also because the book ignites for the reader a sense of suspense and anticipation, which Ruiz argues is a hallmark of Rican subjectivity. Ricanness is also a deeply pedagogical text: while each chapter is dense and complex, Ruiz takes care to delineate her arguments without loss of depth or nuance, and to indicate points of resonance among the book’s chapters. Above all, Ricanness stands out as exemplary among current anticolonial scholarship in its effort to “decolonize decolonization.” For anthropologist Yarimar Bonilla, “decolonizing decolonization” entails “[creating] new decolonial visions that can address the common challenges faced by postcolonial societies, because clearly the formulas that exist today—be they constrained independence, some form of annexation, or remaining in an intermediate limbo—have only served to reproduce the inequalities of empire across and beyond the Caribbean.” Ruiz brilliantly demonstrates how attention to aesthetics is central to this political project rather than a mere consequence or afterthought. Like Marcuse, Ruiz sees aesthetics as a sociohistorical phenomenon in itself and as the dimension that transcends the sociohistorical arena (9). Indeed, Ruiz observes that, “Puerto Rico still operates as a question.” And while Ricanness does not aim to provide answers, it offers generous depth of thought upon which generations of scholars will undoubtedly find inspiration (96).

John Andrews is visiting assistant professor of sociology at Vassar College. He is co-editor of The Unhappy Divorce of Sociology and Psychoanalysis (Palgrave, 2015) and is currently revising his monograph "The Economy is Everything: An Affective Genealogy of a Category," which examines the affective and aesthetic contours of “the economy” in the United States since the 1970s.