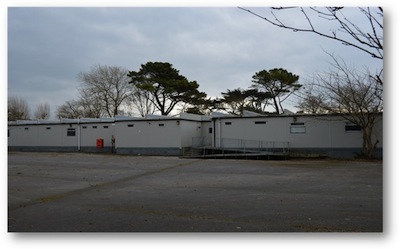 Analyzing the sexual citation of chattel slavery in interracial S/M role play, Freeman reaches a hopeful conclusion from what might seem unpromising material, given the structural racism that has endured into the present as one legacy of colonial dispossession and … END_OF_DOCUMENT_TOKEN_TO_BE_REPLACED 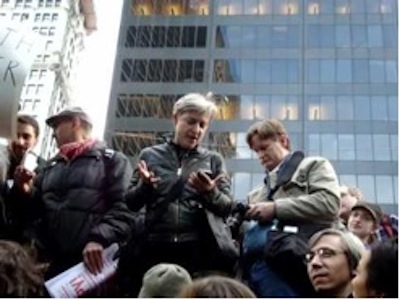 Elizabeth Freeman admits that in this book she is committed to overcloseness, to an overreading practice as overdetermined as queerness itself.[1] See Colin Davis, Critical Excess: Overreading in Derrida, Deleuze, Levinas, Žižek and Cavell (Stanford: Stanford University Press, 2010). She … END_OF_DOCUMENT_TOKEN_TO_BE_REPLACED 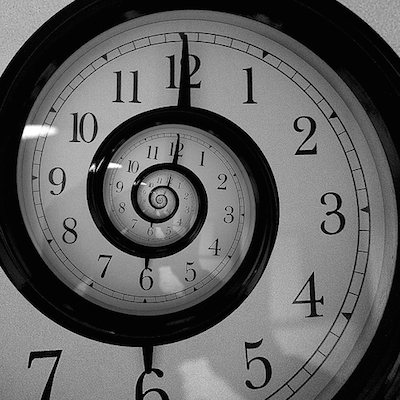 I’d like to begin with Ben Davies’s concept of “slow reading” as a way of marking the deep pleasures, anxieties, and inspiration I felt reading these responses to Time Binds.   “Through reading slowly,” Davies writes, “we put ourselves at risk … END_OF_DOCUMENT_TOKEN_TO_BE_REPLACED 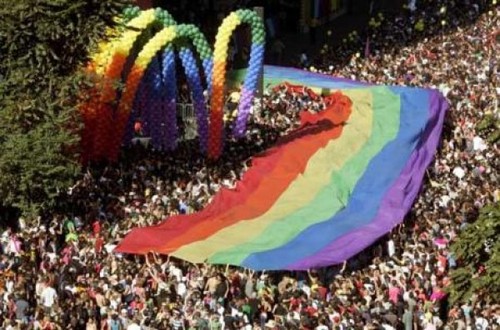 Sex work, which I knew nothing about while standing with deep longing and trepidation moving in my body, was not what I intended to provide. No, I wanted to perform love work and traveling to the netherworld of ambiguity was, in my mind, well-worth it. I sought after liberation: freedom from the anxieties of heteronormativitity. And, if I am honest, I wanted to have boundless sex with another man in a “world” that did not create me, but in one that I created. And isn’t it the case that we, queers, are often in search of other worlds because we have been shamed in this one? Read more 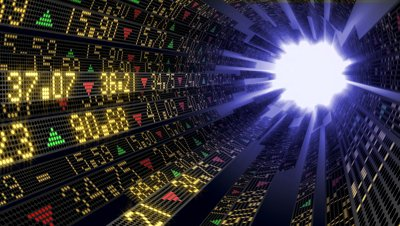 In our dystopian present, the term speculation is associated with an epistemology of greed, a sanctioned terrorism, and a new dimension of imperialism no longer based in production but in abstract futures. But speculation means something else for those who refuse to give its logic over to power and profit.

Listen to an interview with Eric Stanley about his article “Near Life, Queer Death: Overkill and Ontological Capture” from Social Text 107, our current issue. His article is a fascinating interrogation of how queer ontology and violence against queers can be seen as a constitutive part of liberal democracy. He offers the concept overkill to denote the type of violence against queers which goes beyond death.

KPFA radio is a listener-funded progressive talk and music radio station broadcast from Berkeley, California. Stanley will appear on Against the Grain, a program dedicated to in-depth analysis and commentary on issues important to progressive and radical thinking. The program is co-hosted and co-produced by Sasha Lilley and C.S. Soong.

With so much affect percolating in the public discourse around the recent spate of gay teen suicides, what can an academic teach-in offer vis-à-vis these events? This Periscope dossier features an eclectic collection of essays, blogs, position papers, and op-eds from a multidisciplinary group of scholars zeroing in on a spectrum of issues, from gay rage and new technologies of sexuality to anti-bullying legislation. It organizes a kind of online teach-in, a portal to the multiple conversations and action happening around the country about gay teen suicide. 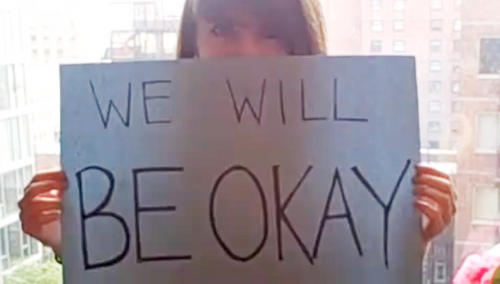 I have been teaching a lecture class on “Religion, Sexuality, and American Public Life” at New York University since 2004. I love teaching this class. The students (the class size is usually capped at 60) are uniformly engaged and … END_OF_DOCUMENT_TOKEN_TO_BE_REPLACED

At bullybloggers, the blogging site that Lisa Duggan, Jose Munoz and Tavia Nyong’o and I sometimes call our internet home, we believe in bullies. No, not those kinds of bullies, not Tennessee Williams’s no-necked monsters, the brutish boys who … END_OF_DOCUMENT_TOKEN_TO_BE_REPLACED

Suicide is an act of violence. Most of the recent spate of suicides committed by young gay men have been attributed to homophobic bullying. But killing oneself is not necessarily an act of fear and escape. The one who … END_OF_DOCUMENT_TOKEN_TO_BE_REPLACED

It is difficult but nonetheless urgent for all of us who engage with or impact young people in various ways to respond to the many terrible events of the last several weeks: the devastating spate of LBGTQ teen suicides, … END_OF_DOCUMENT_TOKEN_TO_BE_REPLACED

At this point in my career I find myself situated in two different worlds of the university: I teach for gender and sexuality studies (my course at the moment is called “Bodies Out of Bounds”), and I co-edit a … END_OF_DOCUMENT_TOKEN_TO_BE_REPLACED 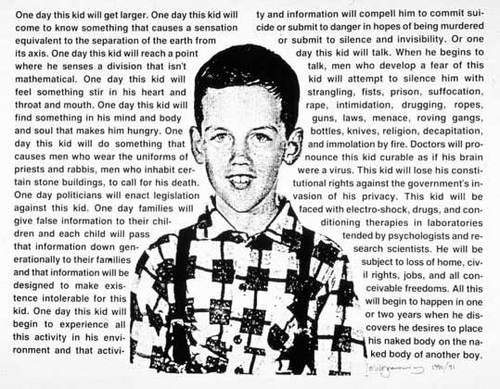 Of the many questions raised in the academy as well as the blogosphere, one stands out for its poignancy and compassion: are we as a society capable of loving queer kids? Artist David Wojnarowicz’s 1990 image, Untitled (One Day … END_OF_DOCUMENT_TOKEN_TO_BE_REPLACED 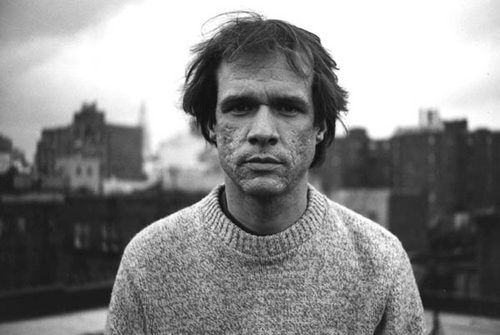