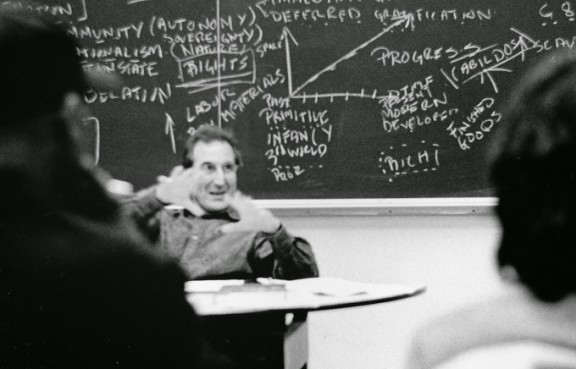 It is with great sadness that we open this page to commemorate the passing of our colleague and friend Randy Martin. Martin, who joined Social Text in 1983 and served as one of its co-editors from 2000-2006, was one of the longest running members of the editorial collective. But even apart from those years in which he held a specific service role within the collective, he remained one of our intellectual luminaries: as recently as May 2014, he led our discussion at the collective’s Salon, where he shared research from his article, “Money After Decolonization” (featured in SAQ 114.2 [April 2015], “Rethinking Money, Debt, and Finance after the Crisis,” a special issue edited by Melinda Cooper and Martjin Konings). More than simply a steward for the publication of the journal, Martin pushed our work in new and welcome directions. Indeed, it is difficult to measure the impact he has had on the collective. In no small part, this is because his impact cannot be confined to the past tense: the intellectual and social generosity that is so evident in his scholarship continues to sustain the project that is Social Text even as we mourn his absence in our meetings.

In the immediate wake of Martin’s death in late January, members and friends of the editorial collective prepared a series of short reflections on Martin’s life and work, all of which will appear in the Denkbild of our August 2015 issue (ST 124). As a prologue to the release of this section (and to any work we prepare in the future), we have assembled a bibliography of the scholarship Martin published in Social Text, including An Empire of Indifference, his 2007 contribution to the Social Text Books series published by Duke University Press. It is impossible to capture the full breadth of the work Martin published in the journal since, as one of its co-editors, he also wrote numerous introductions. What is below represents his wide-ranging research on dance, finance, war, politics, and theory. Thanks to our publisher and JSTOR, we have made freely available the first and last articles he published in Social Text: “Dance as a Social Movement” (1985) and “After Economy?: the Social Logic of the Derivative” (2013).