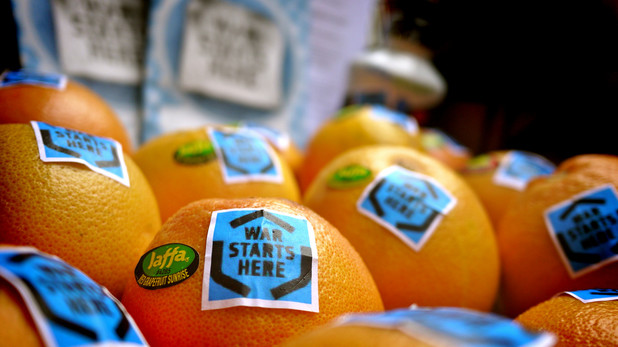 On July 9, 2005, over 170 civil society organizations signed onto the Palestinian Call for boycott, divestment, and sanctions (BDS) against Israel. The Call, grounded in a history of the use of boycott by Palestinians and inspired by the South African anti-Apartheid movement, called on the international community to use non-violent, punitive measures that would pressure Israel to end its occupation and colonization of Arab lands, ensure equality of Palestinian citizens of Israel, and respect and implement the UN-mandated Palestinian refugees right to return to their homes.

The Call led to the emergence of an international BDS movement that has empowered people, raised awareness, and increased the economic and political cost of occupation and colonization, thereby laying the foundation for the movement’s ultimate objective of pressuring Israel to end its violations of Palestinian human rights.

With an understanding that governments thus far have failed to hold Israel accountable for its violations of international law, the Call placed the onus, and therefore the power, into the hands of “people of conscience in the international community [who] have historically shouldered the moral responsibility to fight injustice, as exemplified in the struggle to abolish apartheid in South Africa through diverse forms of boycott, divestment and sanctions.”

Similar to the case in South Africa, international civil society responded overwhelmingly to the BDS call. Unions such as the Canadian Union of Public Employees-Ontario and the Congress of South African Trade Unions issued statements in support of BDS. Faith-based groups such as the Quakers and Church of England divested from companies profiting from the occupation, and the Methodist and Presbyterian churches called for boycott of Israeli settlement products. Student groups launched boycott and divestment initiatives in universities around the world. Prominent academics and artists, from Stephen Hawking to Roger Waters, refused to attend events or perform in Israel, often calling upon their peers to adhere to the Palestinian academic and cultural boycott.  Academic associations around the world and in the US endorsed the Palestinian call for academic boycott of Israeli academic institutions.

The BDS movement provided a space through which both Palestinian and international organizations and activists, including Israelis, could participate in morally- and politically-contextualized, as well as creative and empowering, ways in the struggle for Palestinian self-determination.

The BDS movement has also increased the general public’s awareness of both Israel’s violations of international law and Palestinian human rights, and the complicity of companies, governments, and individuals in these violations.

BDS has shifted the discourse around Israel because it bypasses an arduous discussion as to whether or not Israel is violating human rights. Rather, BDS initiatives garner discussion on the egregiousness of the violations and whether those violations warrant economic boycott and divestment, or even escalation to academic and cultural boycotts. When opposing BDS, proponents of Israel often don’t defend Israeli policies; instead they compare Israel’s violations of international law to other countries, unintentionally conceding Israel’s injurious practices.

Precisely because BDS is so contentious, it garners media attention, which, even when negative, provides the general public with a wealth of information on the ways in which Israel is violating Palestinian human rights and international law. Depending on the target, BDS campaigns highlight Israel’s practice of confiscation of land, water and other natural resources, home demolition, surveillance and control tactics, unlawful imprisonment, killing and injuring of civilians, and so on.

The American Studies Association’s endorsement of academic boycott, for example, underlines the intricate relationship between Israeli universities and the military-industrial complex, as well as Israel’s violations of Palestinian academic freedom. The Resolution attracted a remarkable amount of media attention in the United States around the issue of boycotting Israel.  It provoked discussion among state and federal legislatures who debated proposed anti-boycott laws that would penalize the ASA or any entity that challenged Israel’s impunity, even though such measures violate the US constitution. Ironically, proponents of anti-boycott legislation are essentially calling for a boycott of the ASA because the ASA’s endorsement of the academic boycott against Israel violates academic freedom.

While the response to the ASA resolution is of some concern, with threats being issued not only to the organization, but to individual members as well, it is obvious that this boycott initiative has elicited an unprecedented amount of inquiry, discussion, and debate around Israel within academia, in the media and general public, and among legislatures and other members of the political elite. In short, the ASA resolution catapulted the BDS movement into the mainstream in the United States, providing a good indication of the effectiveness of BDS in raising awareness of Israeli violations of Palestinian human rights and international law.

Increasing the cost of occupation and colonization

With increased consciousness there is an increased willingness to act among individuals, civil society organizations, and gradually even governmental bodies. The BDS movement is beginning to have an economic impact, increasing the cost of the Israeli occupation for Israeli businesses and for companies profiting from the Israeli occupation and colonization of Palestinian land.

Israeli settlers in the Jordan Valley complain of European retailers’ unwillingness to purchase their produce due to European Union labeling of settlement products.  Following public campaigns spanning four continents, French multinational Veolia has lost or failed to secure contracts totaling more than $18 billion worldwide due to their operations in the occupied territories. PGGM, a large Dutch pension-fund management company, recently decided to withdraw all its investments from Israel’s five largest banks because they are involved in illegal Israeli settlements.

Lars Faaborg-Andersen, the EU’s ambassador to Israel asserted, “If Israel were to go down the road of continued settlement expansion and were there not to be any result of the current talks, I’m afraid that what will transpire is a situation in which Israel will find itself increasingly isolated…Not necessarily because of any decisions taken at a governmental level but because of decisions taken by a myriad of private, economic actors, be it companies, pension funds or consumers, who will be choosing other products on the supermarket shelves.”

Parallel to an increase in the economic cost of occupation and colonization is the threat of isolation that Israel faces if it does not change its policies. Israel Finance Minister Yair Lapid recently warned, “Failure to reach a peace deal with the Palestinians will devastate the economy and harm Israel’s relationship with the US… The world headed by the US is losing not only its sympathy but its patience.”

Other political leaders have shared similar sentiments, including US Secretary of State John Kerry and Israeli Justice Minister Tzipi Livnii, who acknowledge that if Israel fails to change its policies, it will be further isolated by the BDS movement.

Rather than heed these warnings, however, Israel is continuing unabated in its colonial expansionist policies. With moves to usurp Jordanian custodianship over Al Aqsa Compound in occupied Jerusalem, continued settlement building in the West Bank and East Jerusalem, and attacks against Palestinian non-violent protestors, Israeli is alienating many of its staunchest allies. As such it is imperative that the pressure wrought by the BDS movement continues to increase until Israel is forced to change its course.

History shows us that boycotts, divestment, and sanctions can bring about regime change. After calling for boycott and sanctions against Israel in 2002, South African cabinet member Ronnie Kasrils, stated: “we in South Africa know about racial oppression. We fought it and defeated it because it was unjust… South Africa is an example of what is possible.”