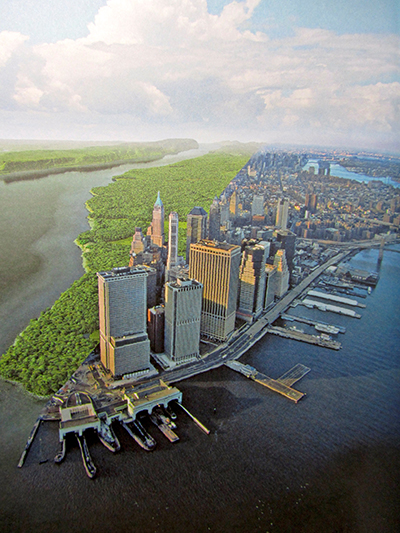 As an Asian American studies scholar informed by Critical Indigenous studies and American studies, I attend the annual meetings of the American Studies Association (ASA), Association for Asian American Studies (AAAS), and the Native American and Indigenous Studies Association (NAISA). I am proud to say that these three associations passed resolutions supporting the Boycott, Divestment, and Sanction movement and the academic boycott of Israel. My hope is that the resolutions create discursive space for more critiques of settler colonialism to emerge, as this political and pedagogical work helps to open one’s political imagination to the genocidal consequences of aligning oneself with settler states.

The backlash to the American Studies Association for its resolution supporting the academic freedom of Palestinians is as much about eliminating alternative futures as it is about containing dissent and potential solidarity. Settler states, particularly those in close collaboration such as Israel and the United States, have no interest in non-Natives identifying with movements opposing occupation—such affinities open our worlds to alternatives that settler states deny are even possible.

At the Circuits of Influence conference at NYU in early March of 2014, I sat on a panel titled, “New Directions in Americans Studies,” that asked each panelist to consider American studies scholarship around the political economy of empire, settler colonialism, and racialized groups. I aimed to highlight scholarship tied to different land-based movements, often in solidarity across long distances, that examines the implications of Indigenous place-based knowledges and land-based economies for self-determination and autonomy. This work pushes the critique of settler colonialism in new, materially-productive ways.

Various scholars and activists counter capitalism and its multiple entanglements by regenerating Indigenous economies, with implications for transforming the power relations underpinning settler colonialism. In a recent post on current land struggles including the actions of the Mi‘kmaq to defend their land and water from fracking, Glen Coulthard (Yellowknives Dene) argues powerfully that a struggle for Indigenous self-determination “must challenge the relationship between settler-colonization and free-market fundamentalism in ways that refuse to be co-opted by scraps of recognition, opportunistic apologies, and the cheap gift of political and economic inclusion. For Indigenous nations to live, capitalism must die. And for capitalism to die we must actively participate in the construction of Indigenous alternatives to it.” Jeff Corntassel (Cherokee Nation) argues in an essay on anarcho-indigenism titled “To Be Ungovernable” that “[the] approximately 5,000 Indigenous nations trapped in 70 settler states around the world offer us 5,000 different versions of ungovernability.” Underscoring the ways people recognize authority within themselves, anarcha-indigenist scholarship and activism, as Noelani Goodyear-Ka‘ōpua (Kanaka Maoli) argues, values the “multiple and rhizomatic nature of 21st century anti-imperialist movements.”

Imagining ways of using settler colonialism against itself, primarily by building affinities between communities whose relations are historically complex and often vexed as well as sustaining affinities with non-human but genealogically related species, specifically taro or kalo, the ancestor of Kanaka Maoli that enclosure aimed to eliminate, Goodyear-Ka‘ōpua sets the conditions for cultivating non-capitalist relations and planting the seeds for a new Indigenous economy to reemerge. Goodyear-Ka‘ōpua argues in The Seeds We Planted that the disqualification of Indigenous knowledges goes hand-in-hand with the degradation of Indigenous economic systems. Settler colonialism can thus be transformed by “rebuilding, in new ways, the Indigenous structures that have historically sustained our societies.” It is worth noting that Indigenous studies scholars from Canada and Hawai‘i are in conversation through an exchange program between the University of Victoria’s Indigenous Governance and the University of Hawai‘i’s Indigenous Politics program.

Goodyear-Ka‘ōpua’s work exemplifies the other worlds of possibilities that peoples in solidarity and across movements are urging.  Indeed, the New York State legislature’s, University presidents’ and administrations’ attempts to discipline the ASA in order to prevent identifying with Palestine as a means of supporting the academic freedom of Palestinians, are also about eliminating such alternative futures.  It is precisely such alternative economies, however, that are urgently needed as we face down the environmental degradation marking the Anthropocene moment that we are in today.

Contending that U.S. and Israeli settler colonialism should be understood as mutually-constitutive projects, Steven Salaita in The Holy Land in Transit argues against a kind of “selective sympathy and selective analysis.” Salaita cogently argues “To decry what has happened to the Native population in the United States and to support, in theory or application, the comparable practices of Israel is to be sanctimonious and ignorant of the breadth of Western imperialism, and is ultimately unacceptable. By the same token, to denounce the past actions of American leaders toward Indians without also understanding current colonial practices and at least a sampling of Indian politics, particularly that Natives are not objects of the past, is to have severely misplaced sentiments about the nature of modern American governance.”

As Salaita shows us, settler colonialism is often determined by what gets marked for historical deletion and what is instead circulated, memorialized, and set to knowledge. As such, I end my comments with an example of an analysis that pulls together Israeli occupation of Palestine with U.S. occupation of Lenape Territory, which includes Manhattan or Mannahatta where the Circuits of Influence conference took place.

On her blog Tequila Sovereign, Joanne Barker (Lenape [Delaware Indians]) speaks of her recent January 2014 participation in a delegation that traveled to the West Bank and the 48 of Palestine earlier this year. Barker states: “The majority of indigenous peoples in North America have never lived on their traditional homelands as a direct result of European and U.S. imperialism and colonialism—historically and in their most current forms of articulation (such as energy and other corporate developments). Neither have many Palestinians, who live in exile as refugees or criminals throughout the Arab world.” In her conversations with longtime Palestinian activist Leila Khaled, Barker writes “Khaled defined solidarity as a strategy of connecting struggles of the people in the U.S. against U.S. imperialism and colonialism to the struggles of Palestinians against Israel. This point has stayed with me every day on and since the delegation, as I have listened and thought about the historical connections of Native peoples in the U.S. to the indigenous people of Palestine.” In an act of empathy and solidarity, Joanne Barker and others in the delegation collected sand and shells for Leila Khaled from the shoreline of her hometown in Haifa, from which Khaled is banned.

Indeed, many of us who support Palestinians and share anti-imperialist critiques are also living on Indigenous lands where the collective return of Indigenous peoples is deemed by the spatial and temporal logics of U.S. settler colonialism as logically impossible. Through an engagement with various critiques by Critical Indigenous Studies scholars, we are better able to see, for instance, how the settler seizure of Lenape wealth was accomplished through the fictive creation of Manhattan property. As J. Kēhaulani Kauanui argued at the Town hall meeting at the 2013 ASA conference, “U.S. settler colonialism, occupation, and apartheid (both legal and de facto in this country) all point to why the U.S. administration never condemns Israel. To do so would call into question the entire U.S. American project.”

Dean Itsuji Saranillio is an Assistant Professor of Asian/Pacific/American studies in the Department of Social and Cultural Analysis at New York University.