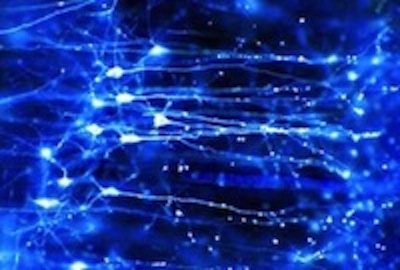 This manifesto is for those of us who do not consider ourselves as belonging to one of the scientific fields generating official brain knowledge. We need a neurocultural manifesto because the brain has been put forward by others as foundational for knowing about the self and social life, because neuroscientists are being asked to be the philosophers, sociologists and gender theorists of our era — they are being asked to do our jobs — and are responding with enthusiasm, and also because brain matter is mattering. Its materiality is now making itself known everywhere: in images, texts, in culture, in embodied practices, in the clinic and the hospital and the school, in everyday life. Many of us want to expand and diversify the available knowledges about the brain by offering critical perspectives on the brain and brain science that take the social and cultural as seriously as the biological. This is a critical task that deserves encouragement.

The “Biocultures Manifesto” (Davis and Morris 2007) encouraged the work of critical scholars who were collapsing the onto-epistemological divides between biology and culture. The biocultural view argues for the co-constitution of the body and culture, and for the impossibility of knowing them separately. Following a biocultural view, the term “neurocultures” refers to a number of social and biological problematics, including: the cultural condition of the so-called age of the brain, or the current era’s excitement over neuroscientific knowledge; struggles among scientists, doctors, patients, advocates, ethicists, and activists over what the brain is, should be, and can be; representations of the brain and applications of brain science in the cultural and political imagination; personal and collective uptakes of neuroscientific knowledge in everyday life; academic appropriations of neuroscience in the humanities and social sciences; and, most fundamentally, the inextricability of neuronal matter with its bodily, social, and historical surroundings.

This manifesto draws on the work of neo-materialist scholars in feminist and social theory who are rethinking biological matter. Dissatisfied with the limitations of social constructionism for critiquing biological knowledge, but mindful of its insights, neo-materialism examines the ineluctably social character of nature and the natural makeup of the social. In doing so it ultimately collapses the distinctions between them, recalling Donna Haraway’s (1991) formulation, nature/culture. Neuroscientific knowledge is being widely applied to questions of mind, self and society, with significant implications for our understandings of personal identity, gender, sexuality, embodiment, ethics and morality, human nature, and social life. In response, feminists, social theorists, writers of literature and memoir, philosophers, sociologists, anthropologists, artists and others outside of neuroscience are now taking up and critiquing brain science. This manifesto urges a commitment to a biocultural framework in our critical engagements.

1. The brain is biocultural. A biocultural point of view sees biology and culture as inextricably connected. This does not mean that biology determines the social, but means instead that they interface and cannot be divided; separation is fatal for critical thinking. For example, research on brain plasticity, or the brain’s capacity to change in response to environmental changes and experience, and epigenetics, or how genes are differentially expressed, raise many questions regarding how culture matters neuronally. A dynamic view sees the brain (as a physiological structure), mind (as what the brain does) and world (the body, other people, culture, the environment) in constant engagement.

2. Neurocentrism is a limiting viewpoint. The brain is part of, in, and dependent upon the body.  Any philosophical treatment of the brain that forgets this should be reminded. Conversely, critical scholarship on the body in cultural studies, feminism, queer and social theory should take into account the brain as a bodily organ that, like the rest of the body, expresses the co-dependence of nature and culture.

3. Selves and subjects are always embodied. They are always biological as well as cultural, social, and personal. Social theory that pits culture, mind and self against biology, including neurobiology, diminishes our grasp of the dynamic relation of these.

4. The brain is matter. Critical scholarship must take up how the brain is framed by neuroscience, but it does not best proceed by treating the biological as if it were simply made up. Social constructionists should not assume “social facts may be entirely dissociated from biological facts” (Davis and Morris 2007). Critique should not limit itself to describing the conditions under which facts of biology are known or generated (Latour 2004). Critical work on the brain must attend to the materiality of brain facts. We must examine the technologies, practices, and modifications that intervene in and transform neural flesh, while taking the organic seriously. Those who do not take the organic seriously are at risk of reifying dualist modes of thinking and dismissing people’s lived experiences of embodiment.

5. The brain is not ahistorical, fixed, or atemporal. A good deal of current neurobiology paints a picture of the brain as continually shaped through its constant dynamic relation with the world. Further, the brain is always situated in a body and self, and thus in social relations, in family, community, in culture and the economy, in the local and the global, in history. One of the tasks of neurocultural critique is to insist upon holistic perspectives; the methods and knowledges of the humanities and social sciences are necessary for grasping the situated brain as a cultural as well as organic subject/object.

6. Because a biocultural brain must be understood and interpreted biologically and culturally, scientists cannot be left to do this job alone. Relatedly, the cultural implications of cellular-level research in the lab cannot be interpreted solely through the lens of biology. Interdisciplinary work is no longer optional, but required in order to avoid and combat biological reductionism in arenas where it is an intellectual detriment.

7. A lot is at stake in knowledge about the brain. This is true for those identified as neurotypicals and those identified as neurodiverse; for patients and those not (yet) patients of neurologists; for those whose body practices and notions of personal wellness are being shaped by brain science; for those identified as at risk for dementia, addiction, depression, infertility, obesity, or other bodily condition now being informed by neuroscience; for juries, jurists, judges and defendants who are being exposed to brain evidence; for men and women who are being told that they have different brain types; for anyone implicated in discussions of morality, emotion, reason, intelligence, sanity, health, sexuality, personality and character. The stakes are material as well as discursive; brain knowledge is not simply shaping what we think brains are, but is informing practices that literally, materially shape them.

8. We should all participate in negotiating these stakes. Neuroscientists are expanding their reach far beyond their training, into realms of philosophy, ethics, society, culture. Scholars of these fields must return the favor. When boundaries are broken down between biology and culture, cultural theorists need to be as empowered to speak about biology as biologists are about culture.

9. We should learn to be critical readers of brain scholarship. We should teach our students to read neuroscientific papers, critique methods and interpretations, and follow controversies in the field (see for example Dumit 2004; Jordan-Young 2010; Vidal and Ortega 2011). We should not rely on only popular books that sell neuroscience as philosophy; we should read the research upon which these books make their claims.

10. We should not accept uncritical uses of neuroscience in our own disciplines. Neurosociologists should be as careful with neuroscientific methods and interpretations as they are of sociological ones. Cognitive literary studies should be as attentive and responsible with its use of research on neurons and brain regions as it is of texts. The reification of neuroscientific ideas is anathema to a biocultural agenda.

There are now numerous scholars in the humanities and social sciences whose work is engaging critically with brain science. Collectively we are establishing a critical biocultural, neurocultural literature on the brain. Unfortunately, however, it is still much easier to find uncritical rehearsals of brain science that disseminate it as monolithic, unassailable truth. Critical neurocultural scholarship on the brain can improve the fund of knowledge about our biocultural constitution. A neurocultural intervention will be critical but also relevant; it will grasp the cultural-political stakes; it will demand holistic perspectives on organic matter; and it will make room for multiple and complex interpretations of the cultural/biological interface that refuses to reduce one to the other.

Latour, Bruno. 2004. “Why Has Critique Run out of Steam? From Matters of Fact to