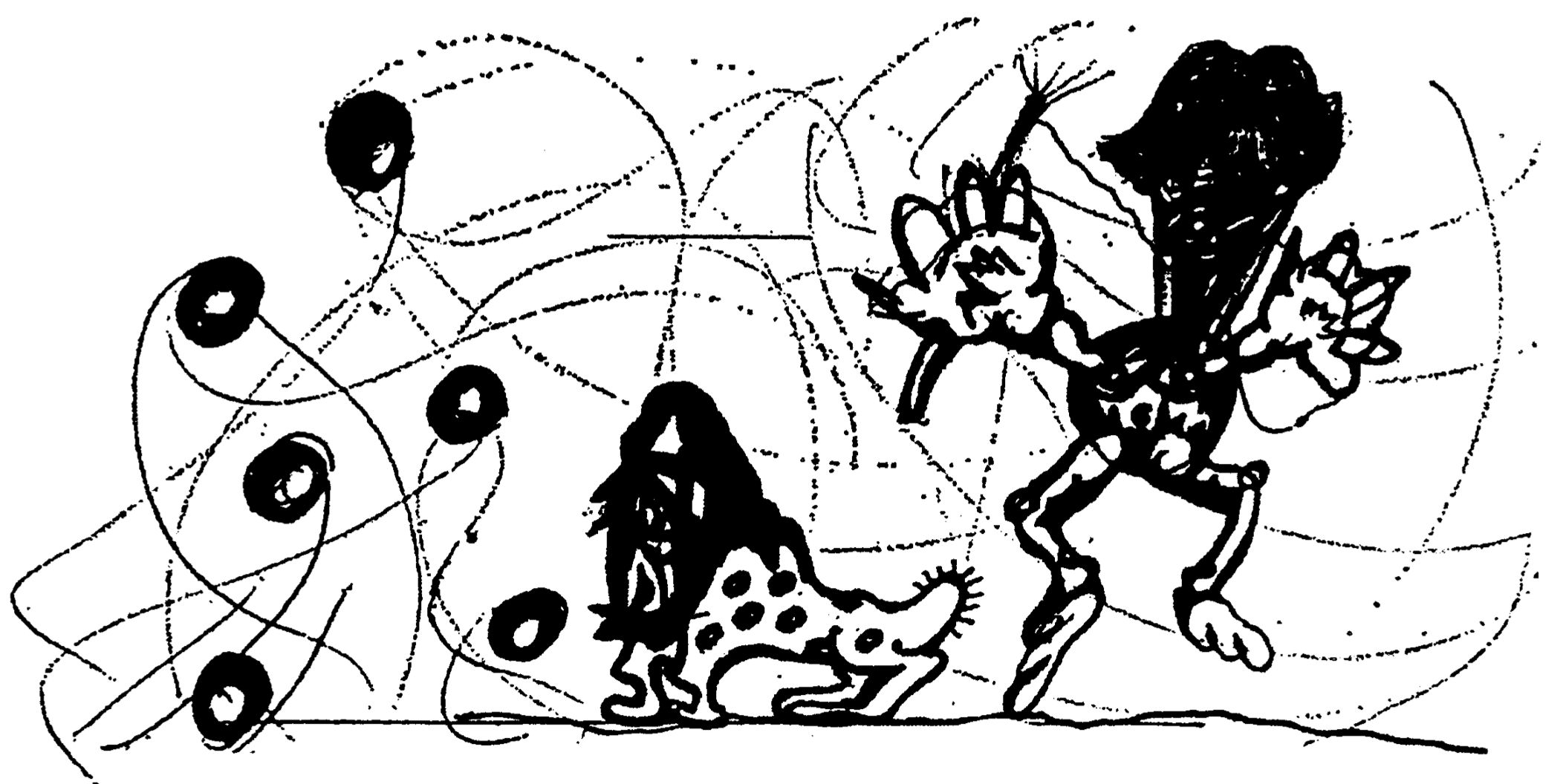 How useless to contemplate Gilles Deleuze in plague times. Or so goes a common anti-intellectual invective. Clearly we need philosophy now more than ever. But what does Deleuze mean today? How to describe the ambient social configuration for which “Deleuze” is the proper name?

Let me start by describing a general transformation in political and social theory in and around the year 2000. In those years, what might be called the “postmodern consensus”—cultural studies, poststructuralism, Marxism, feminism, critical race theory, and related endeavors—was deemed passé by a certain intellectual class. French social scientist Bruno Latour suggested in 2004 that critique had “run out of steam.” British entrepreneur Chris Anderson published a notorious Wired article in 2008 celebrating the “end of theory.” Cinema scholar David Rodowick had already penned his “Elegy for Theory” the year prior, and Hans Gumbrecht had already written his “A Farewell to Interpretation” several years before that. And these texts are just the beginning of a long litany; one could go on and on.

Concurrent with this, a series of new developments appeared in the humanities and social sciences in an attempt to fill an apparent void. At stake was the question of the human. Who gets to count as human? Do humans still have pride of place? Do humans still matter? I’m thinking of post-hermeneutical methods championed by the so-called digital humanities, where machines take over the tasks of human interpreters. Or I’m thinking of speculative realism in philosophy, which aimed to dethrone human exceptionalism within subject-object relations. Or—in a related way—the reinvigoration of materialism under the heading of a “new” materialism and the attendant attention paid to animals, objects, microbes, and molecules. Not all of these schools are staffed by Deleuzians of course. Yet Deleuze opened a door through which many have passed, each in their own way, pursuing often different and diverse ends.

What did Deleuze represent in thought and culture? He represented a new shape: rhizomes and distributed networks, assemblages and multiplicities, horizontality rather than verticality, surface over depth. He represented a new kind of subject, specifically the breakdown of the Freudian subject, a turn to affect instead of emotion, desiring machines rather than repressed neurotics, affirmation and expression (not negation), schizos not Cartesians. Deleuze represented a new ontology as well, a rejection of classical metaphysics, replaced by immanence, univocity, and multiplicity. Deleuze also represented a new bibliography: Spinoza instead of Descartes; Leibniz instead of Hegel; Bergson instead of Heidegger; Riemann instead of Einstein. At the very apogee of poststructuralism, Deleuze made it okay to stop talking about culture and epistemology and focus instead on ontology and being. And through it all Deleuze pushed a world that was a little less continental (Hegel, Husserl) and a little more Anglo (Peirce, James). Indeed, just as Deleuze once felt license to call Francis Bacon an Egyptian, I feel no hesitation in calling Deleuze an American.

Anti-humanism and post-humanism are complex and old phenomena to be sure. We should probably have a longer conversation about the 1960s and the structuralist project, or indeed earlier transformations of the notion of the human during the middle and early modern periods. And it’s worth noting that this type of posthumanism and “new” materialism has long been defined by women and non-white scholars in particular, some of them Deleuzians but by no means all. Today authors like Elizabeth Grosz, Jane Bennett, Karen Barad, Rosi Braidotti, and many others are on the forefront of the reinvention of matter—not to mention the (shall we say) “old” materialism of Luce Irigaray, or that perennial favorite Donna Haraway, for whom “materialism” still meant what it always meant, Marxism. Meanwhile, scholars like Jasbir Puar and Alexander Weheliye have put forth a new conception of the human—sometimes under the name “Deleuze” but not always—based on the work of Hortense Spillers and Sylvia Wynter (Weheliye) and the three vectors of ability, capacity, and debility (Puar). And, for several years already, Achille Mbembe has articulated a theory of the human based on mixtures of center and periphery, negation and extension, within and beyond. “Ever since the irruption of Negroes [Nègres] on the stage of the modern world,” Mbembe recently put it, “no ‘human’ exists that does not immediately participate in the ‘nonhuman,’ the ‘more-than-human,’ the ‘beyond human,’ or the ‘elsewhere-than-human'” (164).

At the same time, we already have a rich set of responses to this anti- and post-human turn from scholars like Sara Ahmed and many others. In a 2008 essay on what she termed the “founding gestures of the ‘new materialism,’” Ahmed argued, in essence, that the rhetoric of new materialism as “new” provided sufficient cover to overhaul philosophy and theory in ways that further marginalize certain people, in particular women of color. Indeed, in an age when quantitative methods are all the rage, when aspiring humanities scholars can get tenure by counting things, it’s all the more surprising when certain stats remain uncounted or at least overlooked. For instance, out of twenty-five contributors to the The Speculative Turn: Continental Materialism and Realism,  published in 2011, the number of nonwhite authors was precisely zero; the number of women, one. The rosters of attendant volumes on accelerationism “and the non-human turn were also less than equitable with regard to race and gender. In other words, this “beyond” humanism looks a lot like the “before” humanism, or actually even worse.

As Emanuela Bianchi, Sara Brill, and Brooke Holmes recently put it in their co-edited book Antiquities Beyond Humanism, “the human can be read as a fundamentally gendered category, synonymous with ‘man’ not because of a shared invocation of the universal but because of the implicit assumption that human must mean male” (8). Or as the classicist Anne Carson has pointed out in her celebrated essay “The Gender of Sound,” the ancient world—and by extension the modern world too—put forth a very specific model of the human, to which woman somehow never seems to conform. “Woman is that creature who puts the inside on the outside,” wrote Carson. “By projections and leakages of all kinds—somatic, vocal, emotional, sexual—females expose or expend what should be kept in. Females blurt out a direct translation of what should be formulated indirectly” (129). This realization is further complicated by the suggestion—made a few years ago by the collective Tiqqun in their book Theory of the Young-Girl and just recently by Andrea Long Chu in her book Females—that today everyone is female.

“’In the beginning’ is chaos,” wrote the Deleuzian feminist Elizabeth Grosz in her Wellek lectures from 2007, “the whirling, unpredictable movement of forces, vibratory oscillations that constitute the universe” (5). Or, following the aphorism of Heraclitus, “everything flows [panta rhei].” At root here is the old question of the one and the many, the simple monad versus the complex, multiple (perhaps even continuous) aggregation of the whole.

In the beginning is chaos? A complicated and enigmatic notion derived from an archaic Greek divinity, chaos is favored in philosophical texts like Deleuze’s Difference and Repetition and Quentin Meillassoux’s After Finitude (a founding text of speculative realism). At the same time, this kind of “chaos sublime” is satirized as reactionary in books like Gilles Châtelet’s To Live and Think Like Pigs (a personal favorite of mine).

In her recent book The Sonic Episteme, Robin James described a paradigm of “acoustic resonance,” where sound and sonic metaphors–vibration, oscillation, resonance, diffraction, noise–are taken to be the very fabric of being itself. Indeed James is critical of Grosz, Bennett, Barad, and also of Adriana Cavarero, whose book For More than One Voice: Toward a Philosophy of Vocal Expression is a key text on voice and sound within philosophy and within culture more generally. The criticism hinges, I think, on the restorative mythology of real materiality, where vibrations are construed as more authentic than images, resonances are thought to be closer to presence, and diffraction is framed as a better model for plurality and multiplicity.

Recently I’ve taken to labeling this a kind of “analog turn” in theory, the analog being the natural condition of oscillation, resonance, and noise. Recall how the Deleuzian Brian Massumi once wrote an essay called “On the Superiority of the Analog.” Deleuze was certainly one of the most analog thinkers in the history of philosophy.

Whirls, forces, vibrations, oscillations, chaos: Grosz’s language is adored and championed by many today, but also critiqued and dismissed, particularly by other feminists. Here I’m reminded of Catherine Malabou’s 2009 book Changing Difference and her claim that post-humanism and anti-essentialism are just another form of violence against women. Oh, you thought you were “mater,” nature, essence incarnate? Well, you don’t even have an essence either! Or so goes the anti-essentialist threat, according to Malabou.

Perhaps this helps explain why the various attempts to “dismantle metaphysics” are fraught with contradiction even as they remain vitally necessary, since such dismantlings frequently appear under the banner of a new, reinvigorated philosophical project. “The possibility of philosophy,” Malabou wrote, “is…largely premised on the impossibility of woman….Philosophy is woman’s tomb. It grants her no place, no space whatsoever…. As my thinking develops I am un-marrying, de-coupling, divorcing myself a little from philosophy” (100-101, 141). Many today seem to be wrestling with a similar dynamic: how to un-marry the humanist legacy inherited from the philosophical tradition. Or, perhaps, how to show that it wasn’t so “humanist” to begin with, at least not entirely. Shall we de-couple philosophy? Shall we “break up with Deleuze,” as Eve Tuck once put it?

Malabou likes to keep Deleuze at a distance; one of her first essays in English was a broadside against Deleuze, admonishing him (and Guattari) for their treatment of Freud in A Thousand Plateaus. Despite appearances, though, Malabou and Deleuze are quite close thematically. For instance, the two are captivated by metamorphoses. And they both have a deep commitment to the realm of biology. After her monographs on Hegel, Heidegger, and Kant, I can only hope that Malabou will pen a future monograph on Deleuze, transforming a seemingly implicit disinterest into an explicit filiation.

In an article published in Critical Inquiry in 2016 titled “One Life Only: Biological Resistance, Political Resistance,” Malabou commented on a different kind of philosophical coupling, the twin themes of epigenesis and cloning: “Each of these cases reveals the living being as an open structure in which the plural regimes of transmission of memory and inheritance intersect.” My attention is seized by these terms: open, plural, transmission, intersection. Or in the book Morphing Intelligence, Malabou wrote that “intelligence…is a set of dispositions that are exposed, fragile, open, and contingent in their topological organization and that do not reflect any predestination or plan” (81). Again, a constellation of related terms: open, fragile, contingent, topological…without a plan.

Open, fragile, without a plan? Sounds familiar. Deleuzian contingency seems to have run its course, overrunning contemporary life to the detriment of the most precarious. Me, I’ll still prefer that “old” materialism, the one with plans and projects (and humans and institutions, perish the thought). For if the past is prologue, we stand today at the beginning of a new political cycle, destined to leave its mark on the next decade and beyond.