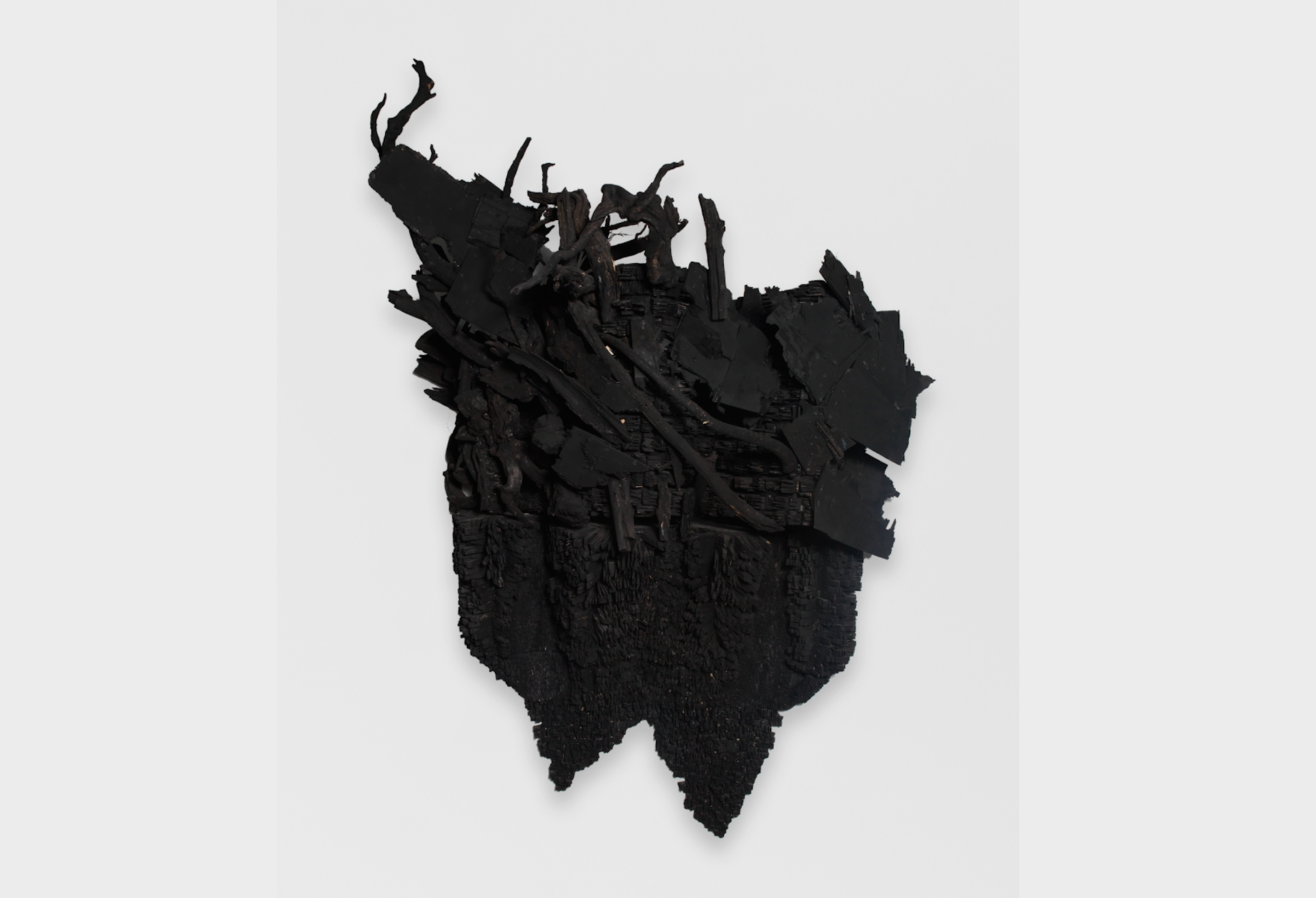 Blackness is both elastic and not. Blackness is ascribed to many who can trace ancestry to the African diaspora, a relation that has been determined by the transatlantic slave trade. Here, blackness is tethered explicitly to people and their lives. In a form that emerges from this lived experience, blackness can also be theorized as a reservoir of possibility. In this space, it belongs to epistemologies that have been marginalized, which allows it to be the repository for arrangements of intimacy, temporality, and being that are described as “alternative.” In this counter-pose, we also encounter blackness at its most abstract—as negation, defined by what it is not. I suggest that in attempting to articulate something coherent about blackness, we arrive at the same place as Tavia Nyong’o, with an understanding of blackness as virtual. When we think about blackness as this kind of concept, we begin to make sense of how it can be all of these things all at once, which is to say that blackness is its own kind of form. As a mode of expressivity, the virtual allows us to connect flesh to labor to landscape as multiple forms of creativity that orient toward blackness without pinning it down.

At the beginning of Afro-Fabulations, Nyong’o announces his intention to “diagram a virtual, tenseless blackness that shadows and camouflages the communicative apparatus that colonizes time” (11). This argument for the virtual is distinct from one that adheres to thinking about blackness as a form of collective consciousness produced by a relationship to the transatlantic slave trade and instead argues for thinking with a blackness that is ever emergent and that has a structuring force. Nyong’o first juxtaposes this quality to the ephemerality of the live and then articulates it as central to the very project of afro-fabulation: “My use of it here refers more to what we might think of as an instinct, or better, a drive for the virtual, on the part of black subjects” (14).

On the one hand, Nyong’o’s use of the virtual is part of a larger move within critical race studies of thinking with the work of Gilles Deleuze. This has usually centered on the assemblage, especially as developed in Jasbir Puar’s work, which elaborates on the ways that this concept allows us to think with the affective and sensational world of racialization. The virtual is not a method so much as diffuse materializations of possibility. These materializations reject the coherence of the individual, reveling instead in the continual unfoldings of multiplicity.  Thinking with the virtual emphasizes modes of approach, which we can think about as lines of flight, and the particular ways these asymptotic relationships produce structure. Both its amorphous quality and its manifestation through relationality illuminate Nyong’o’s rationale for positioning it in relation to blackness and fabulation. Like afro-fabulation, thinking with the virtual enables us to think more concretely about representation, allowing us to realize anew representation’s traps—forms of capture that will always restrict, but that might provide an opportunity to smuggle in something else too.

This tether to reality makes it important that Nyong’o resists utopian impulses, but it also brings me to use Nyong’o’s work to think with Leonardo Drew’s recent sculpture, “Number 211” (2019), and what it can tell us about virtual blackness. While this sculpture offers a very literal version of afro-fabulation in that it is the creation of a black sculptor, its materiality also gives us ways to think about what it is to approach blackness as something virtual. Like Drew’s other sculptural work, it is comprised of neatly stacked pieces of cut lumber that extend into various shapes and that are finished with paint—matte black paint in this case. The grain of the wood undulates three-dimensionally, ultimately finding expression as a structure with tightly compressed wood at the bottom and larger, more loosely gathered pieces toward the top. In the work, viewers can see the lines that the sculpture follows—it remains like a tree, even though it has been taken apart and assembled into something else—and there are several visible screws at the places where it has been artificially joined. Both the temporality of the tree and the time of Drew’s labors are made visible. While we can also think about Drew’s production of the tree as virtual, I am more interested in what this fabrication tells us about Drew’s blackness, which is available to viewers only through the trace of his labor. It is in this set of relations that we find Drew as a fleshiness imprinted on the sculpture, in finishing touches and in barely visible screws, traces that illuminate his work.

These relations are movements toward blackness, the specific blackness that Drew inhabits. Yet they also offer testament to the realities of his position in their illumination of labor and the wood’s materiality. In this emphasis on a reality that does not fix, but instead reveals, systems of relation, we see the potential of thinking with virtual blackness. Drew orients us toward a world where potential emerges from that which has been discarded; it is also a world that allows these objects to exert their forms of being. We see this in the way that the pattern of the wood produces its own structures, which is presented to us by Drew, but whose logic remains opaque. this space for the emergence of the marginalized is afro-fabulation. It is a representation that is not transparent, nor is it flat. As something virtual, blackness here reveals itself through fabulation and the work of representation, but it does not imagine that it is speaking for a consciousness. This sculpture is a large black tree; it is residue; it is work; it is politics; it is imagination. In this combination, it offers a glimpse at blackness’s multiple valences, allowing anchoring into social relations while also enabling possibilities around what those social relations have been. 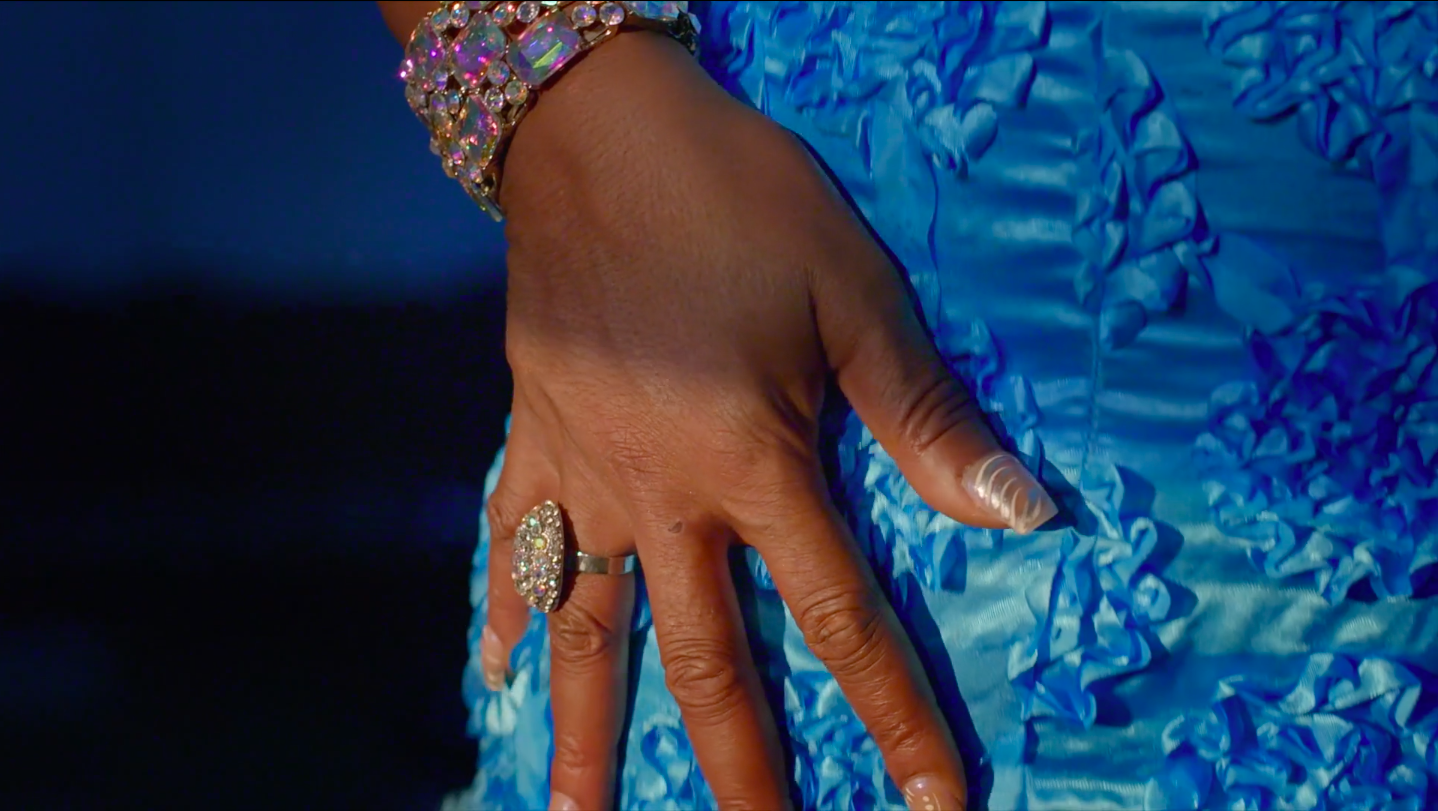