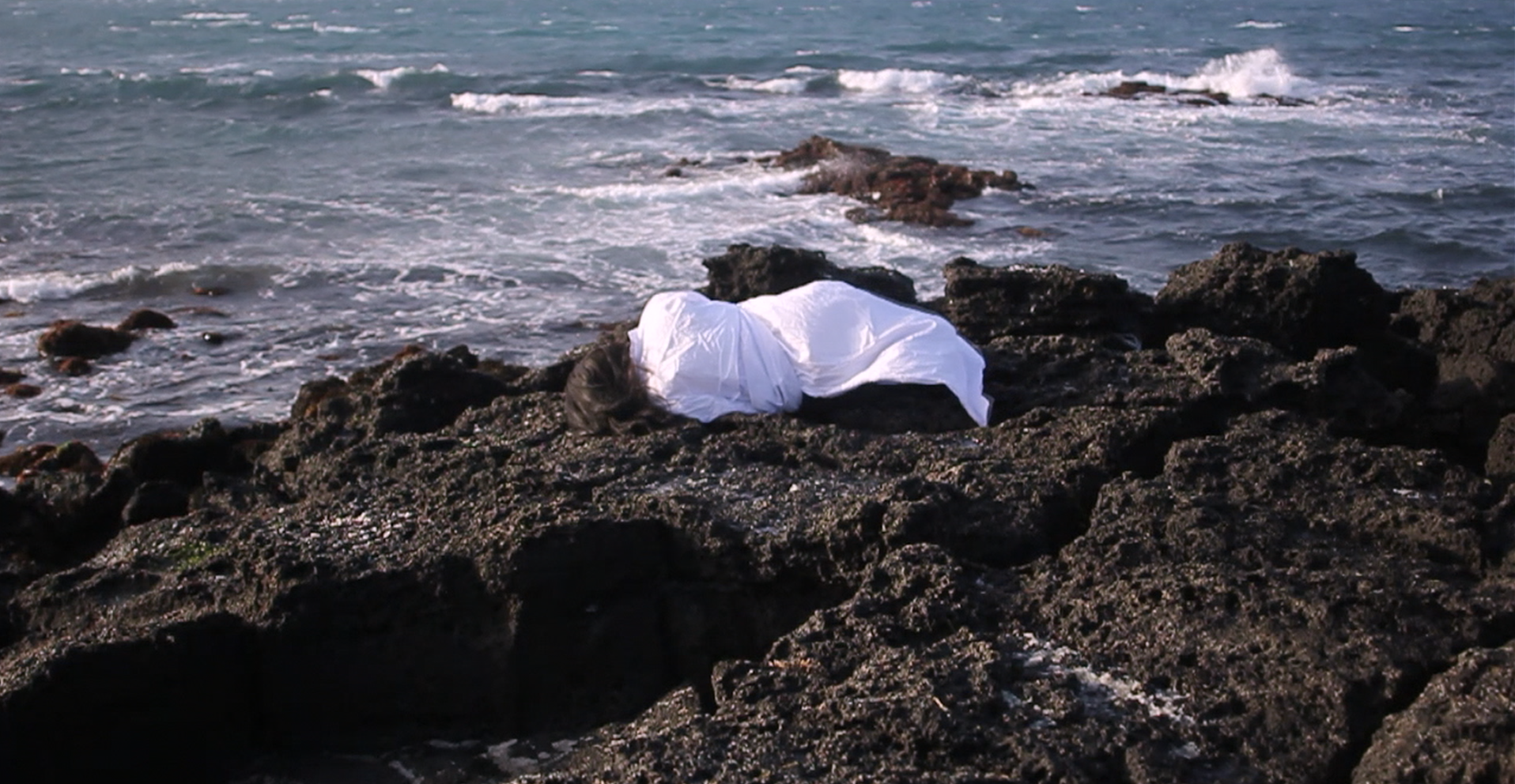 In the past year, political uncertainties in the Korean Peninsula have been pronounced. While much can be said about the oscillating tensions between North Korea, South Korea, and the United States, it has been abundantly clear that official peace agreements negotiated through inter/national channels are often at odds with genuine peace and security in the peninsula. Indeed, official peace in Korea is still beholden to a Cold War agenda largely determined by the United States. As the New York Times reported in April 2018, the North Korean government has long called for the withdrawal of US troops stationed in the south in exchange for an end to its nuclear program. The United States has repeatedly rejected this stipulation, stating that such a request would further bolster China’s global power while undermining its own dominant role in the North Pacific. In 2017, the US state doubled down on this paternalistic logic, emphasizing that brute American strength is necessary to protect South Koreans from unexpected strikes from Kim Jong Un’s government. Earlier in 2018, Chung Eui-yong, the national security adviser to South Korean President Moon Jae-in, stated that North Korea “must make the right choice” to ensure the finalization of a US-approved peace treaty. Here, the “right choice” is commensurate with an unequivocal acceptance of American military presence in the south as a vital component to ending the nearly seventy-year-long war in the peninsula.

This coupling between hypermasculine militarized prowess and peace, or what could be referred to as militarized peace, is premised upon an American-centric perspective in which effeminized bodies and spaces are considered expendable to global security. As exemplified by the enduring struggles of farmers, laborers, and student and feminist activists against military base construction in Pyeongtaek, Seongju, and Jeju Island, American presence in Korea is secured by the dispossession of those who depend on the land and ocean for their livelihood. Simultaneously, given that the conditions of militarized peace are transborder in their scope and impact, the enduring history of Cold War division produces long-term effects that cannot be contained within or solely resolved through the realm of national politics.

With this context in mind, this Periscope dossier addresses a very different set of considerations that foreground the present- and future-oriented project of demilitarized peace. Demilitarized peace refers to transborder aesthetic practices and feminist activist critiques that do not rely on inter/national apparatuses for definitive resolution. Rather, these interdisciplinary contributions lift up aesthetic approaches, analytical methods, and activist genealogies that underscore how genuine peace in Korea is incompatible with American military presence. Consequently, while this dossier is sensitive to the prolonged consequences of American marshal violence, it also moves away from simply reaffirming the United States’ role in determining and maintaining the Cold War division of Korea.

In part, the dossier’s focus on demilitarized peace is inspired by the important work of Lee Chong-hwa, a poet and political philosopher born on Jeju Island and currently based at Tokyo’s Seiki University. An expansive body of work that has had limited circulation in the United States, Lee’s oeuvre, including the Asia, Politics, Art project (APA), explores transborder spaces of collaborative critique that exceed the detrimental costs of militarized and colonial violence. First organized as a multi-year series of discussions and arts-related events in Japan, Okinawa, and Korea between 2006 and 2008, the APA project registers the continuing reverberations of Japanese colonialism, including sexual and gender violence, across Asia. Specifically, by foregrounding the sharing of militarized and colonial conditions among diasporic participants affiliated with disparate geographical locales, the APA project generates new conceptual and aesthetic frameworks—attempts at building a “common” language, if you will—anchored in a transnational praxis of feminist critique and solidarity-building. As Rebecca Jennison highlights in her introduction to Still Hear the Wound (a collection of translated essays originally composed by Lee), APA considers non-normative subjects, sites, and events “erased from the front of Asian politics” without yearning to be included in national politics. Defying uniform consensus as well as an ethnocentric notion of “Koreanness” (a logic at times deployed by the North and South Korean states as a justification for unification, as recently observed in the Panmunjom Declaration of 2018), APA also produces rigorous reflections that are “always of the moment and continuous.” Thus, indebted to the crucial insights of the APA project, the aims of this capacious collection of transborder essays and visual commentaries are two-fold. First, each contribution deconstructs dominant representations of Cold War division as determined by the dominant politics and patriarchal language of inter/national negotiation. Second, as multimedia works-in-progress, these commentaries offer nuanced articulations or visualizations of demilitarized peace untethered from the official terms of American military occupation.

The dossier opens with a visual contribution by Yong Soon Min. Created for the REAL DMZ Project in Cheorwon County, Both Sides Now (2018) encompasses a set of remixed postcards first purchased by Min during the 1990s at the Joint Security Area (JSA) where the 1953 Korean armistice was signed. With vertical cracks situated between sliced images, Min’s fragmented arrangement provides a prismatic perspective that visualizes against and beyond a binary system. Indeed, the very title Both Sides Now underscores the simultaneity of north-and-south perceptions that push against the myopic tunnel vision promoted by militarized peace. In her essay, “Women as Dupes, Stooges, and Armies of Beauties,” Suzy Kim elaborates on the Cold War politics of gendered vision that structure how global audiences see and understand militarized peace. Foregrounding the double standards that inform America’s demands for North Korean denuclearization, Kim’s essay demonstrates how spaces like the DMZ unexpectedly emerge as ground zero for transnational feminist activisms. In Offering, Seven Boats, Soni Kum, an APA participant and artist raised in Japan as a third-generation North Korean, shares images from a site-specific performance (2015) staged along the banks of the Imjin River in South Korea. Kum’s selection of the Imjin River is significant, given that this artery is a contested site of Japanese and American militarized invasion. Yet, gesturing to the Imjin River’s continuous flow from north to south, Offering, Seven Boats demonstrates how Korea’s uncontainable ecology exceeds the official DMZ boundary solidified by the 1953 armistice and emerges as a demilitarized site of grieving, remembering, and healing.

In her essay, “The Sounds of Demilitarized Peace,” Patty Ahn addresses how the South Korean government utilizes K-pop as a normative centerpiece of Cold War propaganda sounded along the DMZ. Emphasizing the sensorial disjuncture between militarized sonic violence and the DMZ’s vast geography, Ahn attunes to demilitarized tactics of listening as state-sponsored music travels through, fractures, and dissipates within the border space. In Far from the DMZ, Sukjong Hong provides an alternative geography of resistance that exists beyond international apparatuses of militarized peace. A working excerpt from her graphic novel on the Korean War, Hong’s comic strips underscore the vibrant role played by South Korean and transnational social movements in the protracted struggle against US militarization. Finally, in their essay entitled “Unmaking Borders to Demilitarize Peace: A Zainichi Korean Experience,” Haruki Eda offers a critical diasporic reflection on their lived experiences as queer and Zainichi. Drawing on an intersectional analysis attentive to the interlocking of racial and gender oppressions, Eda describes their embodiment of demilitarized peace through the transnational forging of a Zainichi activist presence in the United States.

In conclusion, it is our hope that these commentaries will contribute to the vibrancy of existing conversations that push for demilitarized peace and genuine security in Korea.

Crystal Mun-hye Baik is assistant professor of gender and sexuality studies at the University of California, Riverside. Her first sole-authored book, Reencounters: On the Korean War and Diasporic Memory Critique offers an interdisciplinary diasporic feminist analysis of the so-called "everydayness" of the seventy-year Korean War across a transnational geography of militarized spaces and sites. Her research and teaching interests include transnational Asian/American studies, visual culture studies, critical oral history praxis, and diasporic feminist critique. Twitter: @crysbaik

Jane Jin Kaisen is a visual artist born in Jeju Island, South Korea and adopted to Denmark. She currently lives in Berlin. Her artworks and films such as The Woman, The Orphan, and The Tiger (2010), Reiterations of Dissent (2011/16), and Apertures/Specters/Rifts (2016) form a multi-faceted inquiry into effects of coloniality, war, and militarism from a gendered and diasporic perspective. Kaisen participated in the Whitney Independent Study Program and holds an MFA from University of California Los Angeles, as well as an MA from The Royal Danish Academy of Fine Arts, where she is currently completing her PhD in artistic research. 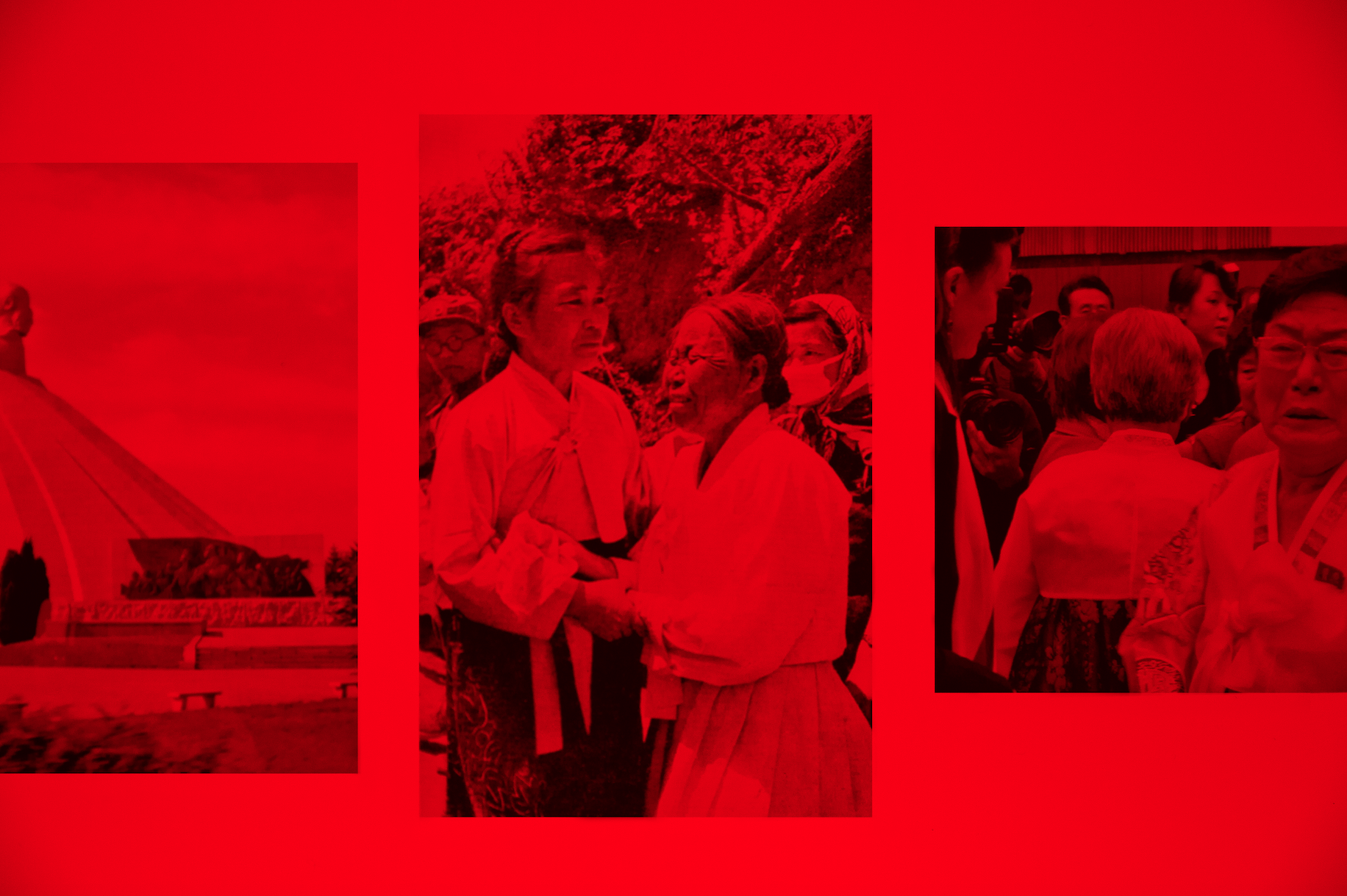