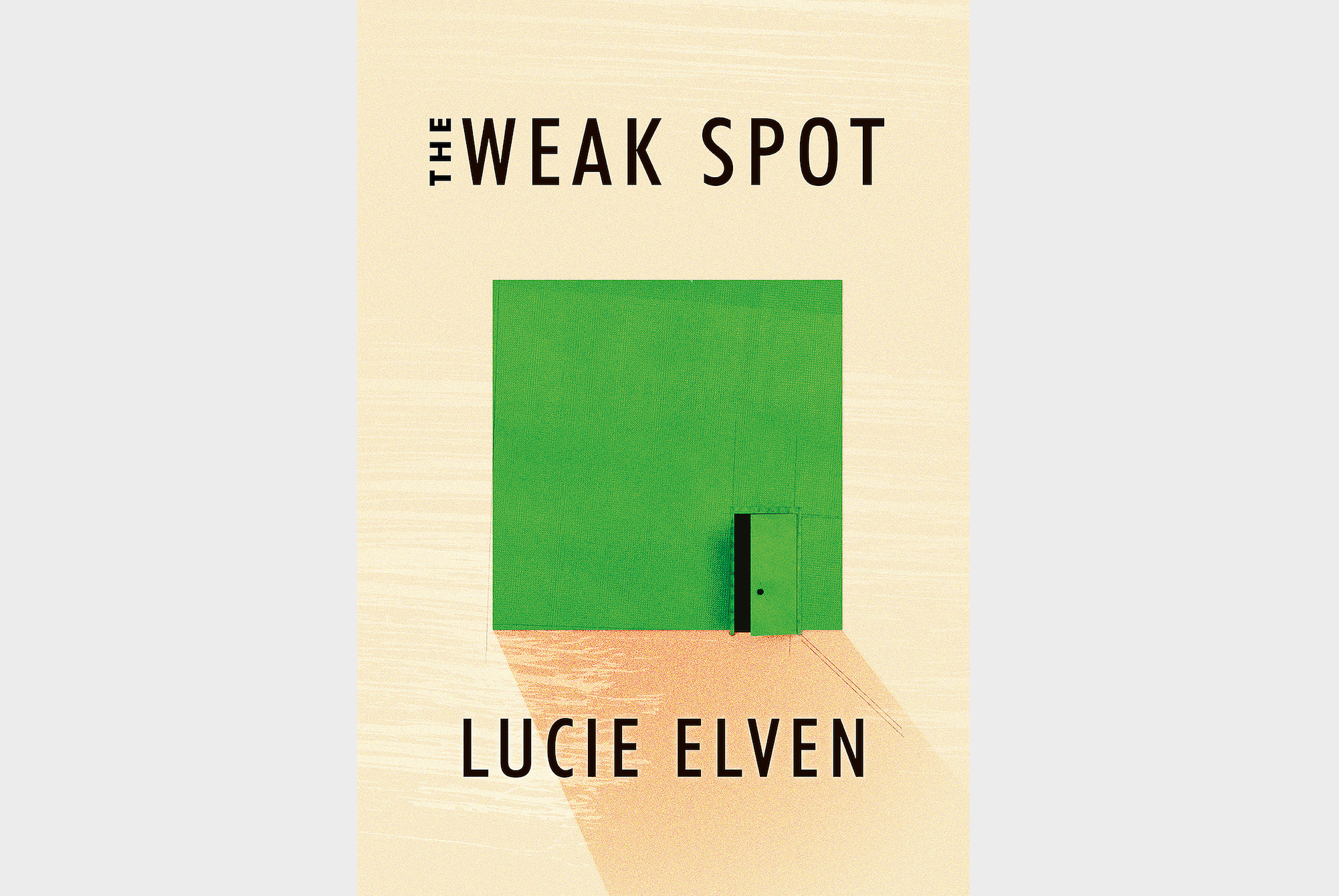 The Weak Spot (New York: Soft Skull Press, 2021), Lucie Elven’s debut novel, is a timely fairy tale about the sorcery of disbelief. The book opens when a young woman runs away to a secluded town, in the mountains, only accessible by funicular. It’s a part of Europe that “deviants ran away to in books,” Elven writes, layering the setting, at once real and fable. When the narrator, whose name we never learn, arrives, she hears that once upon a time a wolf-life beast stalked the area and ate girls alive. She decides to move to the town and measure herself against its wildness.

Some chapters in The Weak Spot are of a similar length to Elven’s flash fiction, about a thousand words, and serve less the main arc about the narrator’s boss, Mr. Malone, than detail the lives of the odd characters who reside in the town. The book’s narrator is a young, dispassionate pharmacy student who visits a remote village to apply for an apprenticeship at the local pharmacy. Mr. Malone, the owner, is charismatic but belittling. He tells the narrator that he understands how important this opportunity is for her, but that she is not suited for the position. Enacting a rite of passage for every woman entering a professional field, “[h]e mention[s] that some people prefer to wait until they have children before training.” After that, Mr. Malone puts the young woman to work. (He never tells her that she has the job.) We learn that the narrator bridles her introspection: “When I’m angry it is often a sign that I am trying to work something out. . . He struck a chord when he agreed about how important this opportunity was to me.” Mr. Malone preys on the narrator’s repressed feelings, and from this point forward, she trusts him to tell her about herself. She learns to mimic Mr. Malone, which brings her “a feeling of magical control.”

Elven’s dry humor and concise prose capture well the power plays that move the plot forward. As the narrator starts to model herself after Mr. Malone, he deploys tactics to maintain his control; he embodies the term toxic masculinity, and she submits. He withholds his approval. His affect goes from “from overwhelming to nothing”–in other words, hot and cold. He snaps at her. Interrupts. Sneaks up on her, so she never knows if he’s watching. Lies. Tells her that her mistake in a prescription critically injured a customer when it didn’t. Gaslights. Criticizes her publicly. Tells stories about her. Needles her for personal information. And convinces her that this is all in the public interest. Elven writes, “Two different types of good behavior exist, I reasoned. Even when Mr. Malone was malicious, and humiliating us, it seemed to be for the greater good of making a customer laugh or feel trusted….” In fact, the customers believe in the sainthood of Mr. Malone. Over the course of the novel, the pharmacist’s cultish sphere of influence grows from the medications dispensed, to large rallies during his mayoral run. (His rival is barely mentioned, as if no real challenger could exist.) After the narrator exhausts herself working on his campaign, he ascends, finally the official head of the town. The power he exacted against her he then broadly exercises.

The key mechanism of control in The Weak Spot, and conflict at the heart of the narrator’s character, is rumor. The characters’ desires are plain—one wants a garden, another wants to be the center of attention, etc.—because Mr. Malone states them. His unique power to render wants visible comes from telling “convenient and beautiful [stories that] were full of holes.” For this reason, it seems, Elven chooses to write in the fairy tale tradition. A fable is by definition told and retold, resignified, repeated. The genre, based in oral folklore, exists, because the narratives proliferate. This pattern occurs in the novel, as Elven’s narrator is told and retold embarrassing stories about herself. She reacts to the exposure by denying that she feels anger or pleasure, as though she has nothing to reveal at all.

Fairy tales are often about power imbalances and their corrections, how magic becomes real. They show that commoners in Snow White, the poor in Ali Baba and the Forty Thieves, and the weak in Three Little Pigs can use their wits to overcome greater forces—and it is crucial to the genre that they live to tell the tale.

As in many contemporary fairy tales, here the author uses fantasy to pull back the veil surrounding the machinations of those who wield power. Ray Bradbury, for example, described his oeuvre as “fairy tales about the modern world.” It’s in this vein that Elven is writing. She examines the political function of retellings, of rumor. The pharmacy, for example, seems to run on public opinion alone, not liquidity. The store never takes in money and gives meds out on credit without consequence. However, money, or the lack of it, affects the narrator greatly. She says, “I hadn’t been paid for the month, money hung over me all the time.” All of Elven’s characters are defined by their gender and by their labor: teacher, apprentice, clerk. Some roles are inescapable. But it’s Mr. Malone, a medical prescriber, and his boys’ club: the accountant, historian, and the gossipy telemarketer, who seem above reality. These men exemplify that “to handle language skilfully (sic) is to practice a sort of sorcerous conjuring,” to quote a lecture by sociologist Pierre Bourdieu about social control. Elven has translated Pierre Bourdieu’s work before, and we might read her novel as taking up, in fictionalized terms, Bourdieu’s argument, looking at his notion how “the truth of the powerful becomes the truth of all” through the lens of a hostile workplace. He describes how elite opinion transforms into “public opinion” in societies that think of themselves as democratic. By the end of Elven’s novel, the narrator, like Bourdieu, realizes that this whole system of “political officialdom” requires a collective suspension of disbelief.

We all are pretending the magic is real. That, of course, is no happy ending.

Bella Bravo is the author of a short story collection, The Unpositioned Parts, published by Monster House Press, and the playwright of As Bad As They, performed by Sitcom Theatre. They co-curate readings and events, namely SYZYGY and UCDP.