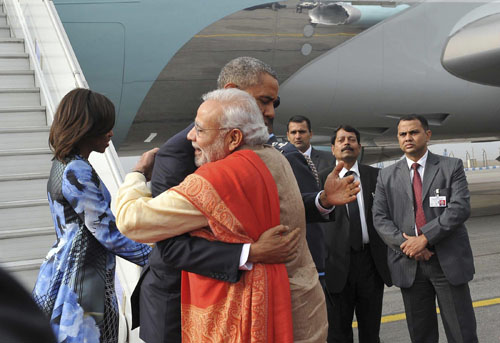 India’s strong man Narendra Modi embraces President Barak Obama. The photograph was taken during President Obama’s second visit to India, in January 2015. Obama has made two visits to India, more than any other US president in office. Source: … END_OF_DOCUMENT_TOKEN_TO_BE_REPLACED 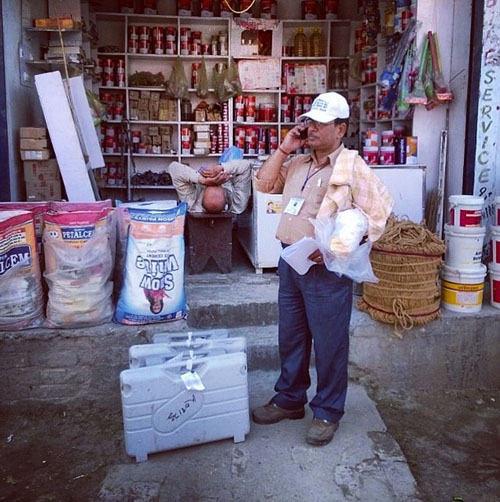 Above, a volunteer for the Election Commission carrying Electronic Voting Machines calls for directions to a polling centre that he was to help set up and man in Hajipur, Bihar as it goes to polls in the second to … END_OF_DOCUMENT_TOKEN_TO_BE_REPLACED