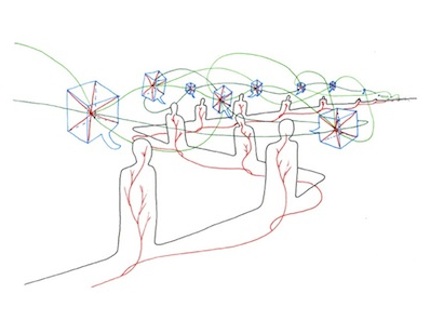 In 2009, a team of psychotherapists sent by a humanitarian aid organization rushed to Honduras to treat survivors traumatized by the geopolitical crisis of a military coup and the resulting violence (Jarero, et al 2010). The targets of their war … END_OF_DOCUMENT_TOKEN_TO_BE_REPLACED

Michel Foucault observed that, although the head of the king had been cut off, in political theory the king remained in his place.[1]I would like to thank my co-editors, Elena Bellina, J. Martin Daughtry, and Crystal Parikh, for their … END_OF_DOCUMENT_TOKEN_TO_BE_REPLACED

Just in time for the Independence Day weekend, the Library of Congress has released new research on the Declaration of Independence. Apparently when Thomas Jefferson was drafting the document he initially used the word “subjects,” then blotted it out and replaced it with the word “citizens.” Library of Congress preservation researcher Dr. Fenella France has used spectral photographic imagery to uncover the original markings. In the popular press, Jefferson’s writing is described as a “Freudian slip” …