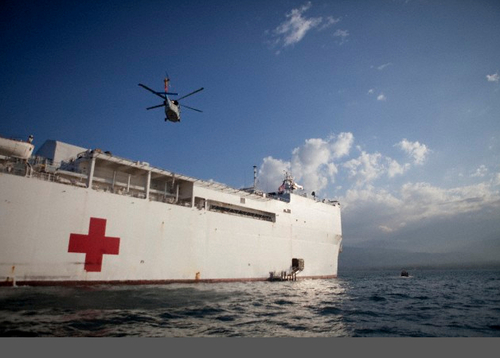 As some commentators have noted Haiti was devastated before the earthquake, which struck on Tuesday January 12. The present calamity that has befallen Haiti in 2010 forces us think back to the past 200 hundred years of Haitian history. What we find is that whereas we like to emphasize Haiti’s heroic beginnings, in terms of the only successful slave revolt and the defeat of Napoleon’s forces by ex-slaves, we tend to forget that Haiti has also had the longest experience of neo-colonialism in the capitalist system. The morning after independence in 1804, a ruined post-plantation society faced ostracism by all the great powers. The past two hundred years have taken Haiti from pariah state to failed state. Haiti’s emergence not as an independent but a dependent state was sealed with the payment of the massive indemnity to France. Recognition by France and later by the U.S. changed little and Haiti became the first instance of a neo-colonial dependence that would characterize post independence states in the 20th century.

Neo-colonial dependence not only dictated Haiti’s position in the world but also structured Haiti on the inside, securing for the local elite control of the economy which grew rich off the import-export trade. The U.S. Occupation of 1915 firmly put Haiti within the U.S. sphere of influence. It consolidated the power of the Haitian elite and centralized the Haitian state in Port au Prince. If Haiti’s capital is overcrowded and chaotic it goes back to the abandonment of the other (largely coastal) towns for Port-au-Prince. Haiti has effectively stood still since independence. As far as US policy goes, Haiti had some importance in 1915 because of the Panama Canal and the outbreak of World War II. Because of its proximity to communist Cuba, it was an important Caribbean ally in the Cold War. Haiti has low priority now, as the main concern of the U.S. is the exodus of refugees to Florida. If there is a U.S./Haitian policy it is one of containment or simply neglect.

Neo-colonial dependency has facilitated mythmaking about the Haitian people. They are loved or despised because they are seen as absolutely different. David Brooks writing in the New York Times can smugly tell us that Haitian culture is progress-resistant because of vaudou fatalism and poor child-rearing practices. He clearly has been reading Robert Rotberg’s Haiti, the Politics of Squalor (1971) where both these issues are raised as an explanation for Haiti’s backwardness. Haiti’s history of dependency is never seen as the real cause of Haitian ‘difference’. Similarly, in the New York Times Madison Smart Bell tells us that Haiti is mystical and that Haiti has an “extraordinary spiritual reservoir”. Is Haiti more mystical that Jamaica or does it have a deeper spiritual reservoir than Barbados which must have more churches per square mile? The fact is that the Haitian mind is not irrational but whenever it collectively expresses itself it causes great consternation. When it expressed itself in 1804 it sent shock waves through the world. When it expressed itself in 1990 by democratically electing a popular president, it challenged the historic neo-colonial condition that had held Haiti immobile for 200 years. Haiti’s seemingly unending post-Duvalier transition to democracy shows how hard it is to shed 200 years of neo-colonialism.

Forgetting the past comes easily in a Haitian crisis. We do not have to repeat the appalling nonsense of televangelist Pat Robertson who explained the disaster as the wrath of God visited on Haitians who swore a pact with the devil to get rid of Napoleon III. CBS Sunday Morning blithely told us that the U.S. was responsible for the removal of Duvalier. On the contrary, what the U.S. did was support the regime for more than two decades. When the angry mob was at the palace gates, the U.S. then helped provide safe passage into comfortable exile for Jean Claude Duvalier and family. The U.S. led intervention of 1994 under President Clinton was done after much hesitation and was primarily driven by the need to stanch the outflow of refugees and not to restore democracy. Under President George Bush, the bicentenary of Haiti independence was marked by the U.S. complicity in a coup that ousted President Aristide. Instead of removing Aristide constitutionally, a band of rebel soldiers, later called “freedom fighters” by the U.S. appointed interim President, was allowed to drive the elected President into exile. The U.S. ambassador at the time in his farewell address spoke of the support of the perpetrators of the coup by U.S. based organizations whom he called “the chimeres of Washington”. Now that everyone laments the weakness of the Haitian sate no one remembers the extent to which lawlessness was encouraged in February 2004 when it suited the powers that be.

Lawrence Pezullo, the U.S. special envoy to Haiti in 1994, once declared “We were in Haiti for 19 years and it still strikes me that it is the only place in the Caribbean that does not play baseball”. He clearly does not know that Caribbean very well. However, his point is that the US has had little lasting impact on its neo-colony. Indeed, instead of playing baseball, Haiti’s sweatshops produced baseballs for the U.S. market. Ultimately, the U.S. does not have compelling national or security interests in Haiti and practices a politics of inattention. Intervention is usually motivated by self-interest and this invariably means keeping the Haitian poor from getting onto boats and heading for the U.S. mainland. The swift humanitarian response from the US is to be welcomed. The Whitehouse also wants to avoid another post-Katrina debacle. Long-term reconstruction must be rethought though. President Obama’s appointment of Clinton and Bush to lead the U.S. effort is not encouraging.

Haiti after the earthquake in 2010 is comparable to Haiti after independence in 1804. Then a ruined country with a fledgling state attempting to survive faced the hostility of slave-owning states. Haiti today is a ruined country. It needs not a helping hand but to emerge from neo-colonial dependency. It means that there must be a new arrangement as far as who controls the rebuilding. If the past is any lesson, it should not be U.S. led. Canada, Brazil, CARICOM must be equal partners in this initiative. This is the only way to guarantee that the next two hundred years will not be like the last two centuries.

This paper was originally delivered at “Haiti in Context: Perspectives on the Current Crisis” a roundtable/teach-in organized by the Center for Latin American and Caribbean Studies, NYU, January 20, 2010.