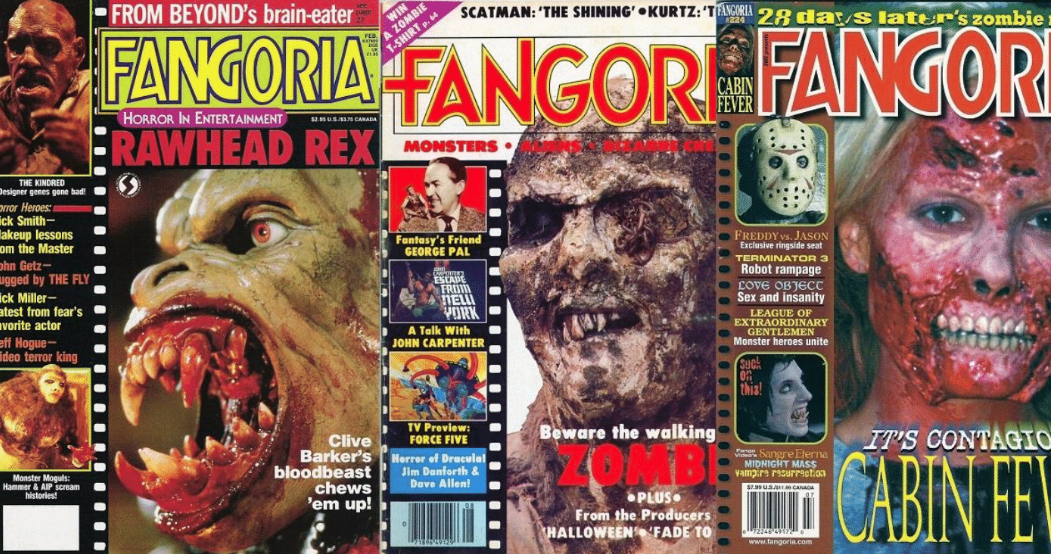 I first encountered Sayak Valencia’s brilliant Gore Capitalism accidentally, sometime in 2012. During one of my visits to Tijuana, my hometown, I made a trek to Librería Sor Juana, the city’s feminist bookstore, where Capitalismo gore seemed to pop out from the shelf. I read the first few pages and was immediately taken aback with delighted shock at this text and its remarkable understanding of Tijuana’s relationship to violence. In the first few pages, for instance, Valencia describes clouds over the Pacific Ocean followed by “a dismembered torso strewn across the highway at rush hour” (15); throughout the book, Valencia describes in different ways “violence, tedium, and the everyday grind” as “overdrawn on all accounts” (15). I had started to build a bibliography of works on violence historical and contemporary, and yet they all seemed to miss the complexities apparent in my city. Violence had always been a defining element of life in Tijuana, but in the decade leading up to the book’s publication the extravagance and brutality of this violence had grown to terrifying extremes. Although I had left, my parents and many friends remained there, and at some point each phone call became loaded with implicit and often explicit discussions about safety, sometimes with news that someone I had known had been kidnapped, killed, or had an all-too uncomfortable brush with violence. Yet what Gore Capitalism captures about violence that so many other texts tend to miss is that these conversations always took place in the midst of other quotidian concerns. Reports of violence were, of course, unsettlingly gruesome and irredeemably tragic, but also–and this may be familiar to anyone in the Global South who has lived under such conditions–disturbingly ordinary. Gore Capitalism captures this in a way that I have not yet seen in any other text: the rhythms of life under a regime of unending violence as the violence becomes folded into the fabric of everyday existence.

There are many elements of Valencia’s rich treatment of violence in Tijuana that I could go into; such is the richness of a text that delves into a site so unfamiliar to a majority of the world. But here I want to linger on an essential part of the text that readers might miss: the meaning of gore in the book’s title. Valencia explains that “gore can no longer be reduced to a film genre or to the pages of tabloids or sensationalist newspapers. Gore is our reality now” (127). A reader encountering John Pluecker’s deft and exacting translation for the first time would be right to believe that gore is primarily an apt descriptor of the bloody scale of violence in the streets of the city. Gore refers to the extremity of violence as it gains an aestheticized dimension in which the goal of violent acts is not just death, as the case would be with necropolitics, but also its visual display, intended to dole out punishment but also to shock and awe spectators. Those familiar with Mexican visual culture might be familiar with yellow tabloids like Alarma!, which place images of gruesome deaths across its pages, and in a place like Tijuana these photographs were routinely plastered on the front pages of mass-circulation newspapers even before violence became such a business. But, although I have never asked her if this is the case, Valencia’s choice of gore as the theoretical concept that describes a stage of capitalism found in Tijuana seems uniquely familiar to me as a fellow Tijuanense.

As Valencia notes, in addition to the dictionary definitions of gore as blood that has been shed, or its etymological origins from the Old English and Germanic words for dung, dirt, or filth, gore refers to a film genre. This subgenre of horror–sometimes referenced as “splatter films”–classifies films that portray violence in extravagantly graphic ways. Although gore cinema might be easily confused with the more contemporary genre of “torture porn,” exemplified by the Saw series and other recent works such as Hostel (and certainly some viewers might include said films in the gore cinema canon), splatter films have historically had more aesthetically complex aims. The classic era of gore cinema experienced its heyday starting in the 1960s and 70s among other so-called “exploitation” genres, commonly grouped as a subset of “B movies.” However, if some might date gore cinema’s golden age to these decades, the genre itself never disappeared. As grindhouse cinemas closed and multiplexes exhibited more “tasteful” blockbusters, gore’s audiences were especially welcoming of new forms of distribution, specifically the VHS. Indeed, the genre’s veritable bible, the magazine Fangoria, was not founded until 1979 and thrived throughout the 80s and 90s, introducing new fans to iconic, and newly iconic, gore films that now circulated in official and bootleg releases housed in those now extinct cinephile heavens: independent video stores. Gore also circulated outside of cinematic mainstreams in the United States and thrived in places where audiences could grasp their seemingly gratuitous lavish depictions of violence as equally shocking, brutal, and sometimes hilarious. Given the genre’s dismissal by tastemakers and researchers devoted to artier fare, it might be impossible to know exactly the extent of circulation these films had outside of the United States–but gore has always seemed recognizable in certain places in the Third World, and especially in Tijuana. Adriana Cavarero has used the term “horrorism” to describe the perverse interplay between visual images and the aestheticization of violence in contemporary contexts, yet, like other writers and critics of the horror genre, she misses the ludic delight that audiences who are routinely exposed to the spectacularity of violence might take from such images. This is not to say that Valencia, or gore’s viewers, ever lose the ability to distinguish and decry the reality of mass violence. But I want to suggest that Gore Capitalism is especially adept at capturing the difficult and ambivalent relation to gruesome images.

I must now suspend the rigor of academic research and the certainty of official figures and turn instead to the anecdotal. As an avid teenage cinephile who had cajoled his parents into obtaining membership at no fewer than four different video stores at any given time, gore is a deeply familiar genre to me. And it wasn’t just the VHS tapes, Fangoria itself had what must have been a fairly large circulation in the city if I could find it in almost any newstand—such was popular culture in a city where a good portion of the population has to be bilingual. Gore wasn’t an obscure genre; it was a lingua franca among the city’s punk, metal, and other alternative subcultures, comprised of teenagers and adults who perhaps found a familiar allure in these films’ aestheticized depictions of a violence that couldn’t help but surround us. And it wasn’t only fictional films that defined the genre; I remember watching the ostensibly documentary Faces of Death series in middle school with friends, trying to outdo each other in tolerating the gruesomeness of its scenes. Even the city’s filmmaking scene, which has never been able to break into the mainstream for many reasons, found its most ardent advocate in Aaron Soto, who during the 2000s made a series of local gore films and built a dedicated community made up of other gore cinema fanatics. It might seem easy at first to ascribe the popularity of gore cinema to Mexicans’ famed easygoing relationship to death, but I hesitate to make such an easy connection.

I can’t be certain of what it is but there is something different, almost special, about the ways Tijuananenses find something in these blood-filled films that speaks to our condition. Perhaps it’s a way of rehearsing for the deaths we will witness or the violence that we have seen, but this background has been essential to my engagement and understanding of Gore Capitalism. Valencia reminds us that “it is primarily in the Third World and along its borders where the effects of gore capitalism are most obvious and brutal” (37). If Tijuana itself has been christened the “laboratory of modernity,” then Gore Capitalism makes clear that this is a place where the seemingly endless explosion of global violence has been rehearsed, tried out before its most brutally effective methods are exported to the rest of the world. Indeed, as Valencia makes clear, studies of Tijuana “cannot fully account for the realities that shape such a contradictory border, since they do not consider one of the fundamental epicenters of the city: its economy of violence” (187). Thus, Gore Capitalism responds in direct and forceful ways to scholarship that has focused primarily on migration or the city’s maquiladora industry. Valencia knows that these spaces cannot be understood outside the context of what Jean Franco has identified as “cruel modernity.”

Part of what I admire so much about Gore Capitalism is that it refuses Westernized depictions of violence intent on producing bourgeois sympathizing, the sort of sympathizing that produces condescending sincerity in liberal audiences. Valencia uses gore instead as a guiding concept to describe how, for those in Tijuana, violence cannot help but have an aesthetic dimension that is nonetheless heightened and reproduced by currents of global capital. Gore isn’t just a morbid fascination that shields us from horrors that would make life otherwise unlivable, it’s a way of describing how we witness such things and it allows us to make sense of them without letting us turn mourning into patronizing exploitation. It’s perhaps a way to exploit back against the unendingness of violence. In Gore Capitalism, it’s also perhaps an ethics of witnessing that refuses self-congratulatory horror. As Valencia’s work finds new Anglophone audiences in the United States, I ultimately want to invite readers to keep this element in mind, to access a form of reading and writing about violence that risks a certain kind of shock and awe that is also perversely familiar.

Iván A. Ramos is assistant professor of LGBTQ studies in the department of Women’s Studies at the University of Maryland. His first book, Sonic Negations: Unbelonging Subjects, Inauthentic Objects, and Sound between Mexico and the United States, examines how Mexican and US Latino/a artists and publics utilized sound to articulate negation in the wake of NAFTA. His writing has appeared in several journals including Women & Performance: A Journal of Feminist Theory, Studies in Gender and Sexuality,and ASAP/Journal. 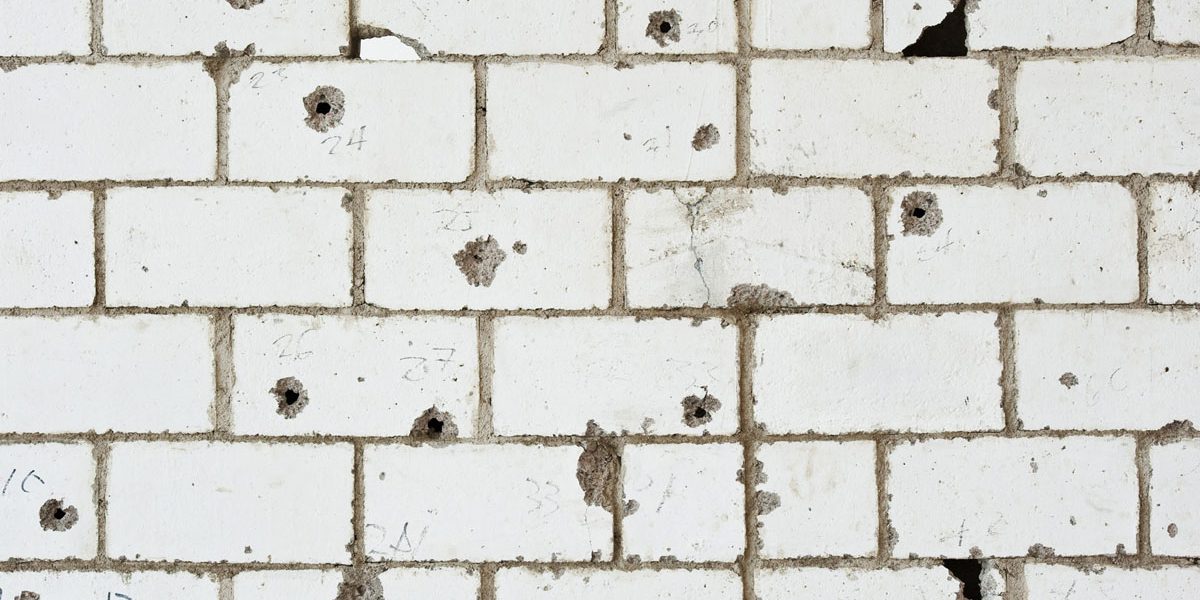