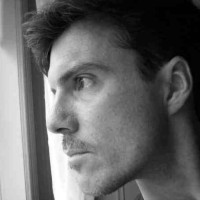 President Obama recently gave two speeches that should be seen as signposts of contemporary U.S. empire. Their continuity with American exceptionalist rhetoric of the past is striking, underlining the extent to which Obama is trapped within the paradigms of the past.

New York governor David Paterson has just announced that he will be withholding $750 million in scheduled payments to schools and local governments across the state in response to the state’s fiscal problems. According to an article in the NYT

Introduction: The Wu Ming Foundation is a collective of four self-described “guerrilla novelists” based in Bologna, Italy. The collective was born in 1994, when hundreds of European and South American artists, activists, and pranksters hijacked the name of a Black … END_OF_DOCUMENT_TOKEN_TO_BE_REPLACED

The Governor of New York State has called for a cut of $53 million to the City University of New York system. This comes after a $68 million cut to CUNY last year, and a 15% tuition hike for CUNY … END_OF_DOCUMENT_TOKEN_TO_BE_REPLACED

Biopolitics, or, in Achille Mbembe’s baleful articulation, necropolitics, is one of the central keywords of modernity in general and of the present moment in particular.  Expanding Foucault’s fragmentary consideration of the term, the Italian philosopher Roberto Esposito offers an analysis … END_OF_DOCUMENT_TOKEN_TO_BE_REPLACED

Today should be remembered as the beginning of the end. According to an article in the Guardian, President Obama has acknowledged that it is now too late to secure a legally binding climate deal at the Copenhagen summit. We will … END_OF_DOCUMENT_TOKEN_TO_BE_REPLACED