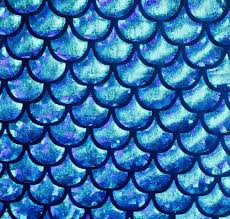 I am told that Brussels is the new Berlin, what Berlin was twenty years ago. What this person means is that it is the only spot left in Europe where artists can afford to be artists. I walk to the neighborhood where they say the artists live. I pass many homeless people and notice that all of the homeless people are women. I formulate a question in my mind: why are all of the homeless people in Brussels women? I start to imagine possible answers to this question. I see a bar called “Destiny’s Bar.” I see a bar called “Wonderful Bar.” I walk past a store that has text in English printed on the window that says “In case you forgot to remind yourself this morning…your butt is perfect, your smile lights up the room, your mind is insanely cool, you are more than enough and you are doing an amazing job in life.” I take a photograph of the words on the window. I walk accidentally in circles a few times. When I see the stained glass image depicting a woman carrying water in a bucket I know that I have walked in a circle again. Next to me two men ask me if I am a prostitute. I start to think of my walking in circles as a signal to them that I am a prostitute. I start to think of other signals.

I take a break and sit down in a café. In the café a television is above my head and the news is on. The only word I understand is “tension” and a hand-held camera is depicting an interaction between protestors and the police. I wonder what is happening. Without language to lean on I have a heightened awareness of the camera angles, the police and protestors for a moment looking like dancers, figures of abstraction. I look around at the customers and the waiters:
how much are they paying attention to the protest
how much do they care
what is the significance for them of this event
do some of the waiters wish they could be protesting instead of working
I start to compile the details.
I ask a couple next to me if they can explain to me what is happening at the risk of ruining my pleasured distance.

I look back to the television. Figures are dragged from the street. A police officer moves a barricade out of the way and lets traffic pass. The police look like the police or like an army battalion protecting an ancient fortress. But now, behind them, it is clear there is nothing visible to protect. The police protect an invisible aura. The police protect the idea that all movement will eventually reach a stoppage, the blockade. The protestors protect the push, the improvisation. An arm is flung off camera and then somehow returns. The camera shifts and I see an archway behind one of the police officers’ faces. I look out the window and notice that the same archway is right in front of me, beside the café near the stained glass I previously kept approaching and the protestors must be behind it on the other side. Now I think again of the energy that had been drawing me back to that spot, pulling me towards the protest, as if I were water being pushed towards the drain.

I’m reminded of the time a few years ago when I paid money to sit in a sensory deprivation tank for an hour. Time was moving so slowly and it seemed entirely possible that outside a revolution had occurred, war was being ravaged, the people at the desk of the sensory deprivation tank service had all been murdered or they had abandoned their work in the madness and how long would I continue to lay there, floating in salt, while the world destroyed itself just outside that door?

I am sitting on the train now in Paris remembering the salt bath, remembering being in Brussels. When I’m asked what Brussels is like will I repeat: In Brussels the artists can still afford to be artists? Now here in Paris all around me there are conversations happening that I do not understand. Occasionally people like to sprinkle in English words and they function like sudden sparks of clues. It sounds to me like this:

And on and on.

Suddenly one of the people next to me on the train turns to me and says,

–You are truly a cruel person.
–I know. Even more than you are already thinking.

A sudden break from the words and language and speech acts to tell me intimately, on the crowded train, in my own understandable language that I am cruel. I’m not sure really why I just pictured that happening and then told you it happened as if it really happened. I start to miss having people to talk to, no matter what they might say. I get off the train and I’m looking for the place to insert my card so that the doors will open and let me out but there is no place to insert a card and be let out. I’m trapped inside the Paris train station. A woman stops and watches me as I look at the exits and am perplexed over the simple question of how to leave. She keeps walking, has another thought, comes back and tells me, “You just walk out. Go towards them and the doors will open.”

Soon I’m walking to the museum and google maps creates a strange route for me that takes me through a desolate park at night. I don’t see any other people. I continue along the route but with each step I wonder if I will turn back or keep going. I look at the trees, I look at the blue line on my phone that marks the suggested route, I look at the trees again, rocks and suddenly where the map says there should be one, there is no path. When I get to the museum I hear a woman say to her date as they walk arm in arm, “Is it racist if I don’t like this art?”

When I get back to the apartment I’m staying in I remember it has been a long time since I have checked my work email. I remember hearing about how they have a new law in France where it is illegal to require someone to check their work email after 7 p.m. I open my work email and it is 7 p.m. There is an email that says, “we have hacked your computer and have recorded video images of you masturbating. Send us 450 bitcoin monies right now or else, think of the shame! Think of the disgrace!” I delete the email quickly, as though the longer it stays open on my computer the more likely it may be that it will infect me, take control of the computer and start writing for me, in my place. I open my book to try and read but I keep hearing in my mind “think of the shame! Think of the disgrace!” and wondering how often and where I am seen, who is seeing me, assuming always that there are more eyes than I know. I picture for a moment this scenario being real. A video is released to the entire world of me masturbating, surreptitiously recorded through some computer hacking scheme I was unaware of but which seems reasonably plausible, and I picture one possible response: a person commenting on how I might better achieve more pleasure. “You are doing it all wrong” the imagined critique emerges.